Once overlooked as a “flyover city,” Manitoba’s capital has put itself on the cultural map once and for all. 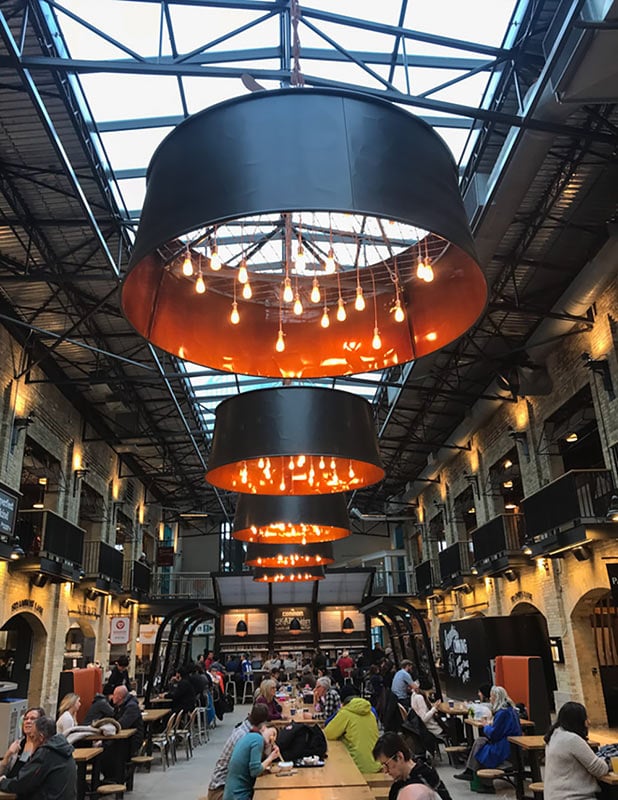 Fridays are hopping at The Common in The Forks Market.

When it comes to cultural incubators, places like Portland and Austin may be getting all the attention, but the comparatively unassuming city of Winnipeg is quietly and successfully fostering one of our country’s most creative communities.

Here, musicians, visual artists and culinary ones-to-watch have found a welcoming home that is underpinned by a collaborative all-for-one-and-one-for-all spirit. Egos are small, the support network is large and the city is an affordable place in which to create.

MANITOBA’S MUSIC MECCA
Revisit Winnipeg’s musical roots
For fans of The Guess Who, Bachman Turner Overdrive and Neil Young, there’s no better way to follow in their footsteps than on Heartland Tour’s three-hour Magical Musical History Tour. You’ll see the homes and neighbourhoods where these musicians grew up and formed their first bands, hear surprising stories that link Winnipeg to the likes of Barbra Streisand and The Beatles, and maybe even sample Neil Young’s favourite donut. 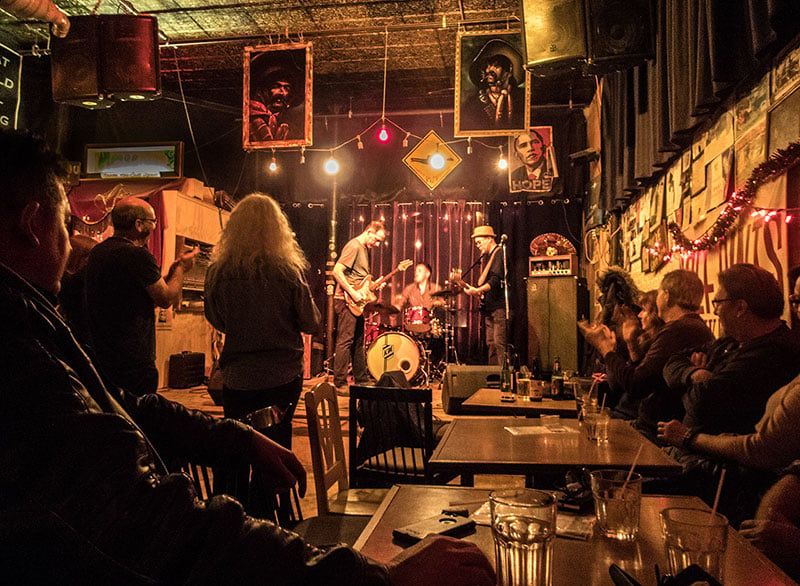 Enjoy live music at the High and Lonesome Club.

Spot a rising star
Catch local talent performing at three of the best live venues in town: the Goodwill Social Club, an industrial-style venue popular with the 20 to 30 crowd that serves up local craft brews to go with the local bands; the Handsome Daughter, which hosts bands, DJs and other live acts; and the gritty High and Lonesome Club, the kind of authentic hole-in-the-wall place that has given many a successful band its start but is rapidly disappearing in many cities.

The festival for folk fans
This July, the Winnipeg Folk Festival will celebrate 45 years as one of North America’s premier outdoor music festivals. Happening at Birds Hill Provincial Park just outside of Winnipeg, the festival is a summer tradition, bringing together emerging talent and established artists from many genres in a four-day event that draws over 60,000 people. Look for local favourites like Begonia, Royal Canoe, John K. Samson (former frontman of the Weakerthans) and Red Moon Road, as well as big names like Sheryl Crow and Courtney Barnett.

MUSEUMS, GALLERIES AND MORE
The Canadian Museum for Human Rights is a world-class architectural and cultural landmark. Built upon a concept rather than a collection of artifacts, the museum focuses on past and present global issues such as equality, justice and dignity, including a sizeable component devoted to Canada’s indigenous people. State-of-the art interactive installations educate, inspire and give everyone pause for thought.

Housed in an iconic modernist building, the Winnipeg Art Gallery boasts the world’s largest public Inuit art collection, with more than 13,000 pieces of contemporary indigenous sculpture, drawings, prints, textiles and new media. It also features captivating works by the Group of Seven, an impressive European and international collection and more. From June to September, the gallery will be collaborating with the Brooklyn Museum and the National Gallery of Canada to present Summer with the Impressionists, a showcase featuring Monet, Matisse and many others. 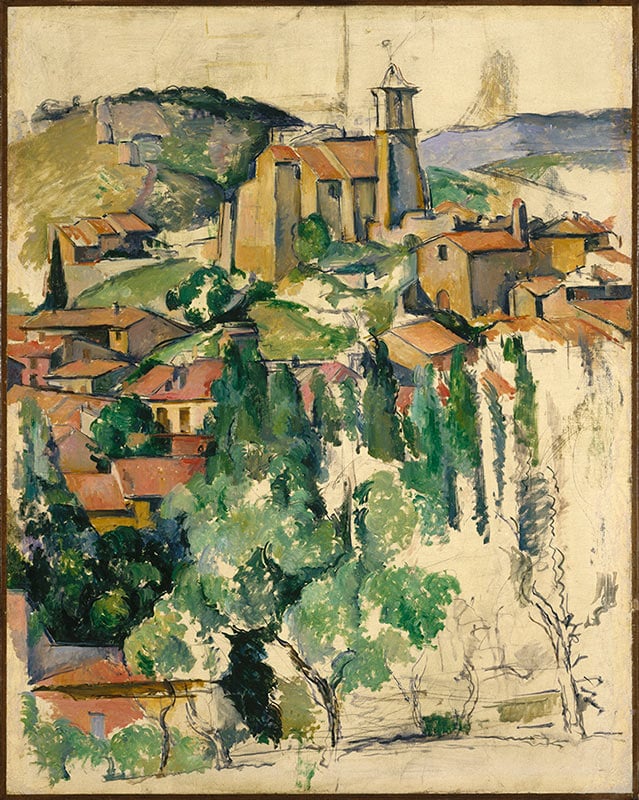 The Exchange District National Historic Site is one of Winnipeg’s architectural gems, a 20-block district characterized by beautiful turn-of-the-century buildings that are home to studios, cafés, boutiques and artist-run centres that support the creative community. Urban Shaman – one of only three indigenous-operated galleries in Canada – is located here, as is MAWA (Mentoring Artists for Women’s Art), the organization behind Resilience, a project that will exhibit the works of 50 indigenous women artists on billboards across Canada starting in June.

Weekly summer tours of the District are offered by the Exchange District BIZ, which organizes interactive experiences and demos for visitors. Or time your visit to catch First Fridays in the Exchange, a monthly event when galleries, artists and craftspeople open their studio spaces to visitors. It’s a great time to shop for artisanal leather goods, bespoke clothing, pottery or jewellery, and meet the makers who create them.

WHERE FOODIES FLOCK IN WINNIPEG
Winnipeg now boasts restaurants that rank among Canada’s best, serving imaginative dishes from chefs who are globally influenced and locally inspired.

Breakfast, lunch and brunch
Satisfy your appetite and make a difference at Feast Café Bistro, one of a handful of indigenous-owned and -operated restaurants in Canada. Owner Christa Bruneau- Guenther serves up comfort-food inspired by indigenous ingredients and recipes, while providing employment and skills training for the indigenous community. Her take on Eggs “Banny,” using bannock as the base, is a breakfast favourite; for lunch try the squash bannock pizza or pickerel sliders.

For brunch, head to Clementine Cafe, which combines international flavours and ingredients into dishes you won’t find elsewhere. Don’t be fooled by the “ordinary” name of their Braised Bacon Benedict – this dish is extraordinary, as is their to-die-for yogurt panna cotta. It’s no wonder this place is so busy, especially on weekends, so be prepared to wait if you come at peak hours. It’s worth it. 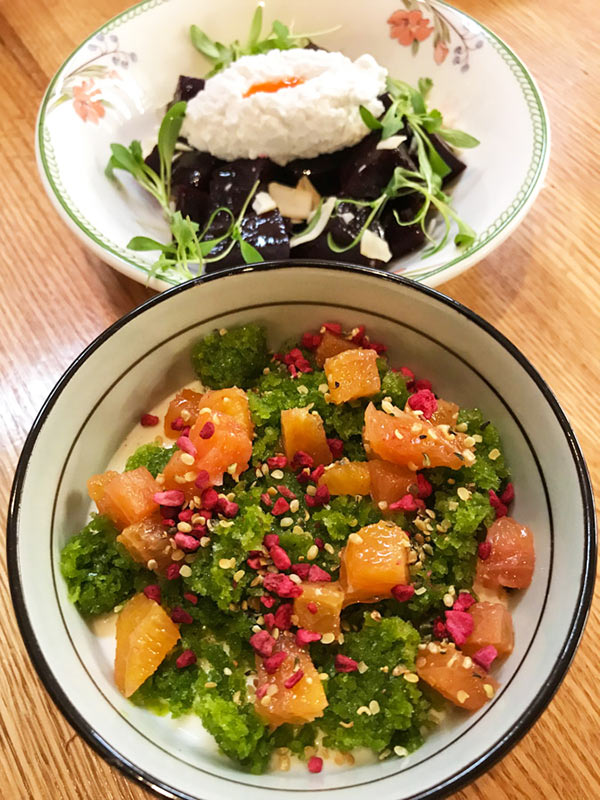 Small bites & cocktails
Cocktail culture is all the rage, and if want to start your evening with a twist (and the martini to go with it), Langside Grocery is the place. Fancy drinks with too-cool-for-school names are served in this charming neighbourhood locale, along with delicious mix-and-match charcuterie boards and small plates. Experienced culinary staff ensure these bites are as delicious as the expertly mixed libations that go with them.

Dinner
Global flavours and regional ingredients come together at deer + almond, where the décor is minimal, the staff friendly and the dishes adventurous – a lot like chef Mandel Hitzer who is behind the wildly successful winter pop-up restaurant RAW:almond, which sets up for three weeks on the frozen Assiniboine River and then disappears.

For modern Italian cuisine, check out Passero, in The Forks Market, a newly renovated hub drawing both locals and tourists. Chef Scott Bagshaw respects traditional ingredients and recipes but adds his own twist. It must be working, because this is one of his three successful restaurants; the other two being Máquè (Asian-inspired) and Enoteca (French/American).

Sharing plates is a favourite way to dine in Winnipeg, especially at Segovia, Adam Donnelly’s tapas restaurant, consistently ranked as one of the city’s best. Donnelly’s love for travel inspired the concept but his spin on some of the traditional dishes is totally modern. Be sure to leave room for the churros for dessert.

Judging by the quantity and quality of the city’s music, arts and culinary offerings, Winnipeg’s efforts to help home-grown talent thrive are clearly working.