Are you a Raptors genius? Find out now.

From the Mighty Mouse era and the Raptors' earliest days to their historic playoff run in 2019: Test your basketball brain against our quiz master's 40-question extravaganza. 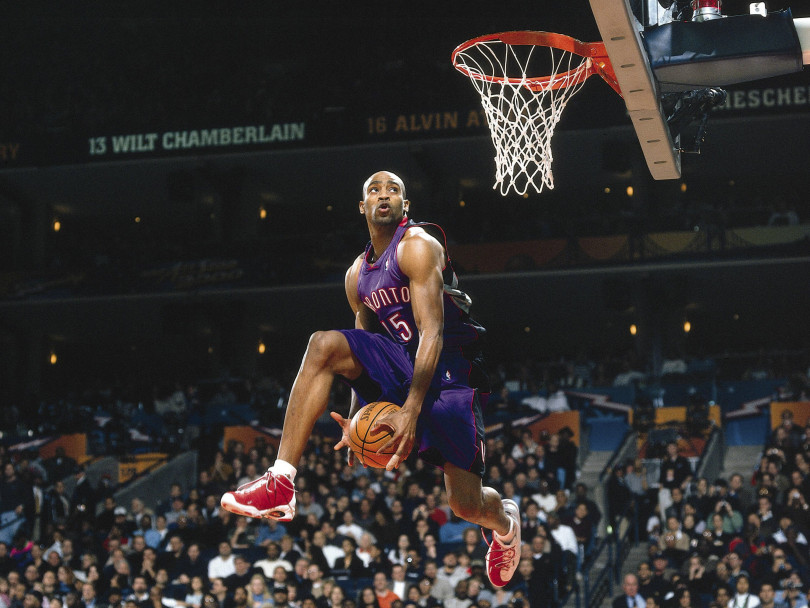 Vince Carter rises for a dunk during the 2000 NBA All Star Slam Dunk Contest at The Arena In Oakland on Feb. 12, 2000. (Garrett Ellwood/Getty Images)

The Toronto Raptors bandwagon is bursting with fans—some who’ve signed on for the NBA Finals, others who can recite the team’s starting lineup when their home court was, of all places, the cavernous SkyDome. No matter how long these fanatics have paid attention, everyone’s talking about the Raptors. Everyone wants to know more about the 24-year-old franchise that reached its first NBA Finals. When were the good times? When were the bad times? Who are the team’s legends? Who are the flame-outs? Raptors nerds are nostalgic; newbies are eager to learn.

This 40-question quiz extravaganza will test even the diehards’ memory of every era, from the mid-90s to Vinsanity, and Chris Bosh’s run to the present day. Good luck!