For Alphonso Davies, does it get any better than this?

Image of the Week: He's won a Champion's League title, he's got an amazing back story and the Canadian soccer phenom is still a teenager 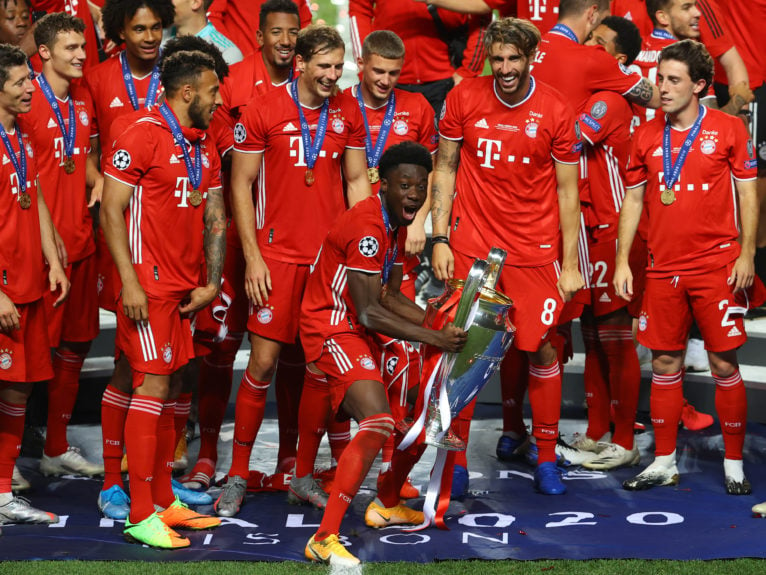 Alphonso Davies, Canada’s 19-year-old soccer prodigy, is used to breaking records. In 2016, he was the youngest active player in Major League Soccer, signing with the Vancouver Whitecaps; by 2017, he became the youngest player on Canada’s national men’s team, helping them beat the United States for the first time in more than three decades. In 2018, the storied European club Bayern Munich paid the Whitecaps $13.5 million—another record broken: the most expensive outgoing player in MLS history—to sweep Davies away to Germany, where he once clocked in a sprint of 36.51 km/h, making him the fastest-ever player in the history of the country’s national league. This week, Davies broke his biggest record yet, becoming the first Canadian man to help win Europe’s prestigious Champion’s League, one of the world’s biggest soccer tournaments. The kid’s living a dream right now. Drake followed him on Instagram and Justin Trudeau tweeted his congratulations. For the son of Liberian immigrants who was born in a Ghanaian refugee camp, who moved to Canada when he was five and grew up braving the winters in Edmonton, it’s hard to imagine a better feel-good Canadian fairy tale. And he’s just 19. Even if you don’t care about soccer, remember his name. You’ll be hearing it a lot more in the years to come.