'Only athletes pay the price': The COC president on the folly of boycotting the Beijing Olympics 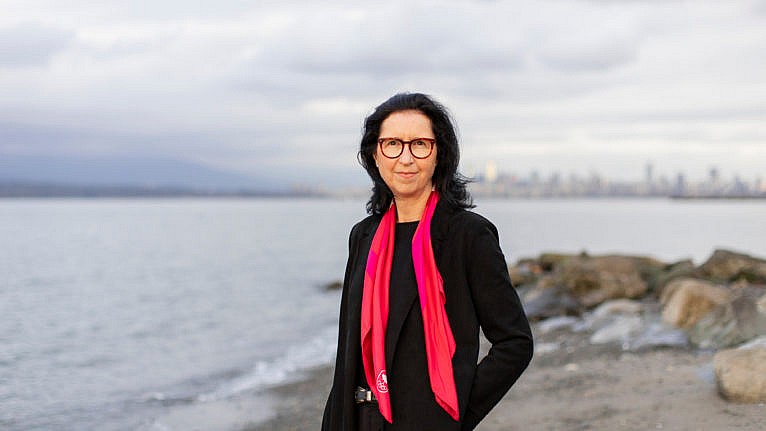 Smith, president of the Canadian Olympic Committee, at Locarno Beach in Vancouver, on March 26, 2021 (Photograph by Alia Youssef)

A global pandemic threw a worst-case scenario at Olympic hopefuls only months before the Tokyo Summer Games last year. No one knew how to safely be an athlete. For a time, Canada’s best competitors simply stopped training. Now, as they gear up for a scaled-down Olympics, a new controversy is burbling. China’s horrific treatment of the Uighurs has sparked calls to boycott the 2022 Beijing Games. For now, Canada’s team plans to compete. Tricia Smith, the president of the Canadian Olympic Committee and an Olympic rower, sat out the 1980 Moscow Games when Canada stayed home—and then won a silver medal four years later on the other side of a boycott. She talked to Maclean’s associate editor Nick Taylor-Vaisey about the frustration of the pandemic and why boycotts don’t work.

Q: The pandemic had an enormous impact on Canadian athletes’ ability to train and compete. How are they staying focused?

A: It’s been challenging. A lot of athletes have struggled. We made the decision last year that we wouldn’t be able to continue training, and therefore we wouldn’t be able to send a team if the [Tokyo] Games went ahead. The sport community came together immediately, once the Games were postponed, to figure out how we can train—and shared best practices. Our chief medical officer was saying he’d never seen the sport community work so well together.

We’re humans first. Athletes are like every person who’s been challenged by this pandemic. But I think we’ve worked together to get through it. That’s been a big strength of our community during this period of time.

Q: In some ways, is having to focus on training at a high level a healthy distraction?

A: Yes, when we were able to figure out how they could do that. Initially, it was pretty frustrating when you’re stuck in a one-bedroom apartment figuring out ways to stay in top training so you can compete against people who you think might be training more effectively. I saw somebody bench-pressing their bed. I think our swimmers were out of the water longer than any other swimmers around the world. But they worked on flexibility or strength issues.

Q: Canada’s flag is ubiquitous at most Olympics, but international fans won’t be allowed at the Tokyo Games this summer. What does that lack of visceral support do to the athletes competing for Canada?

A: I feel for everyone, because friends and family can’t go, and athletes not having that support is really disappointing. But if athletes are given the choice, they would make that sacrifice in order to compete at the Games. We’ll certainly do everything we can to make sure that experience is as supportive as possible with the people we do have there. We understand there will be Japanese fans there, and a lot of them are big fans of Canada. This is going to be a Games like we’ve never had before. And it’ll be the same for every country.

When you’re an athlete, the focus is on the field of play and having your best race or your best performance ever. Most of the drive comes from what’s inside of you.

Q: You competed in the Olympics three times. When you were competing, what impact did seeing the Maple Leaf have?

A: Things were different in those days. I remember going to a World Cup event in Europe, and we were rowing up to the start line. Someone said, “Go Canada!” and I turned to my partner and I said, “Who’s that?” We never had anyone in the stands. It was pretty rare in those days. Maybe you would consider making a long-distance phone call after the race—that was expensive—to talk to your family. Or you’d send them a postcard. Athletes can be well motivated without having a huge contingent there.

Q: Earlier this year, the House of Commons voted to urge the International Olympic Committee (IOC) to move the 2022 Beijing Games to another city. What did you think when you saw that news?

A: We were paying close attention to that. Certainly, it was an interesting motion. Unfortunately, you just couldn’t move the Games this late in the day. The motion signified just how serious Canadians are taking the events in China. Like all Canadians, we’re seriously concerned. If you’re not going to move them, the next thing we’re hearing about is boycotts. We know that governments, including ours, are now taking tough measures in reaction to the current situation in western China with the Uighur people, and the detention of the “Two Michaels.”

We’re not minimizing what’s happening in China by planning to participate in the Olympic Games. I can understand the first reaction of many might be to boycott the Games next year. In our view, the current situation doesn’t logically lead to that conclusion. We know that Olympic boycotts are not effective. I know that from personal experience.

Q: Canada boycotted the 1980 Moscow Games to protest the Soviet invasion of Afghanistan. What was that like for you as an athlete?

A: At the time of the 1980 boycott, I thought, okay, everyone has to do their part. But then I noticed really quickly it was only the athletes that paid a price. It further entrenched the positions of the governments, but it achieved little else. Nothing changed. Business went on as usual. When I went back to school after that summer, someone actually asked me how we’d done at the Moscow Games.

You have to understand the unique power of sport. It’s about bringing people together, not dividing them. Sport is the long game. There’s nothing as powerful as the Olympic Games for bringing people together. It’s not about the government-to-government connections, where we often have serious differences. The Olympics are about the people-to-people connections, where we find those things we have in common as human beings. That’s so important, especially right now as the world is increasingly fractured and divided.

Q: How often do you talk about the politics of the Beijing Games with colleagues at other athletic federations around the world?

A: We meet on a regular basis with our colleagues. The view is the same as mine. Sport is unique in that way. What else is there in the world right now that brings people together? What else is there? It’s one of the reasons I continue to volunteer in sport. Those connections are so critical. If we lose that, we’ve lost something really vital and important, even to world peace. We talk about building bridges that others can walk across.

I was lucky to grow up in a family where my parents were both athletes, and five kids were really active. Not everyone has that chance, but I’ve seen the value of sport in terms of the confidence kids develop, the teamwork, the life skills. On an international level, I remember hearing one of the athletes from the 2016 Olympic refugee team say getting to play sport made him feel human again. It’s that powerful. I’ve seen how sport opens doors that otherwise wouldn’t be open for women and girls.

Q: Are Canadian athletes on the same wavelength? Given that serious human rights abuses are occurring in China, these can’t be easy conversations.

A: It’s absolutely not an easy conversation. And I understand why people would immediately say, “Well, of course we can’t go.” But when you think about how we’re really a part of the long game, and building those bridges, people say, “Yeah, that’s right.” It’s not about necessarily agreeing with or disagreeing with a country where the Olympics are being held. It’s an opportunity to go and shine a light on issues that should have a light shone on them.

Q: There were calls for a boycott in China the last time that country hosted the Summer Games in 2008. What was the positive impact of those Games?

A: You never know when you go to a Games how you affect the world. In 2008, when we were last in Beijing, what influence did we have there? If you talk to the disabled community, in the seven years leading up to the Games, China spent massively on making over 14,000 facilities accessible throughout the country. You really don’t know what the effect will be until later.

Q: At this point, are you concerned that a boycott is a reasonable possibility?

A: We’re planning to go to the Games for all the reasons I’ve described.

Q: The Iroquois Nationals lacrosse team is hoping to compete under the Haudenosaunee flag in the 2028 Games, where lacrosse has been given provisional status. Should they be allowed to compete independently of Canada’s team?

A: I saw the team play just before the pandemic in Surrey, B.C. What a great sport. I remember my parents talking about how lacrosse was huge when they were growing up here in New Westminster. The Canadian Olympic Committee supported the decision around the Iroquois Nation competing in lacrosse at the World Games in 2022.

The decision on the Olympics is complicated. It’s overseen by the IOC, so it relates to whether they’re recognized by the international community. It’s something that we’ll certainly be looking to hear more about.

Q: Do you see the Nationals’ participation on the world stage as part of a broader conversation about reconciliation with Indigenous people?

A: That’s the crux of it. That’s the discussion that has to be had. The Olympic Games is an ancient Games, resurrected in 1896. It’s a construct. Initially, no women competed. It was created at a certain time, and it’s evolving.

This interview appears in print in the May 2021 issue of Maclean’s magazine. Subscribe to the monthly print magazine here.