‘It's nice that people are talking about me. I'm only thinking about Qatar.’

How did coach John Herdman, a former schoolteacher from England, turn Canada’s perennial underdogs into a brotherhood of champions? He went straight for their hearts. 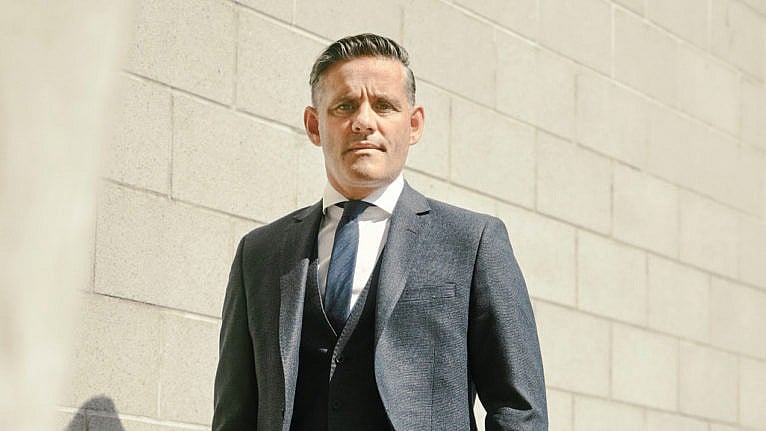 "It’s nice that people are talking about me. Right now, I’m only thinking about Qatar.” (Photography by Paul Bolasco)

Every coach dreams of leading their nation to a FIFA World Cup. Few ever do. And none had led both men’s and women’s teams there—until John Herdman came along. In a little more than a decade, the 47-year-old coach from Consett, a hardscrabble town in England’s northeast, has lifted Canadian soccer to heights that once seemed unimaginable.

The ever-energetic Englishman got his start as a primary-school teacher, pulling double duty as a coach at Sunderland’s youth academy. Herdman pulled up roots and moved halfway around the world, taking a job with New Zealand’s women’s national team in 2006. He hopped continents yet again, to Canada, and took over the national women’s team here when leadership came calling in 2011. Under his direction, they secured back-to-back Olympic bronze.

Fortunately for Canadian soccer fans, Herdman is game for a challenge. In 2018, he took command of the men’s team, a move that was met with a mix of criticism and shock. Ranked 94th in the world? A 36-year World Cup absence? Led by a schoolteacher who had never played pro? Well, he showed them. Before his big trip to Qatar, Herdman discussed what it took to get Canada’s players (and fans) on his side, how he gets his own head in gear and the schoolyard games that bonded this year’s World Cup–bound band of brothers.

What was the state of Canadian soccer when you arrived?

Coming from New Zealand—a country that had just qualified for the men’s World Cup for the first time in 25 years—I’d witnessed how football fever could hit a rugby country. I saw a parallel with Canada, a hockey country. The Canadian women’s team had just finished in last place at the Women’s World Cup in Germany, but there was some real infrastructure around the high-performance program. Below the national level, however, the youth game was very disjointed. It’s expensive for kids to play here.

You coached the women’s team to a bronze-medal win at the 2012 Olympics, which put soccer on the map for many Canadians. Did you realize that at the time?

We’ve had some big moments, but that one really reflected the values of our great nation: hard work, fighting for the person next to you—and being humble about it. It was a special moment and a big shot in the arm, given that Canada was hosting the 2015 Women’s World Cup. Stadiums started selling out within two hours. Now the men are able to do that.

Are there differences between coaching the men’s and women’s teams? Has your style changed since making the move?

You do change as time goes by. I was much more of a “teacher” coach on the women’s side. I’m still rooted in that, but we have less time in camp with the men’s team, and some players don’t want to be taught as much, or they need other support. To me, elite athletes are elite athletes. People say, “Come on, man. Are you naive? There are differences between men and women.” Social conditioning makes people see them differently. I’ve been able to lose the sorts of traditional lenses that other people still have on. 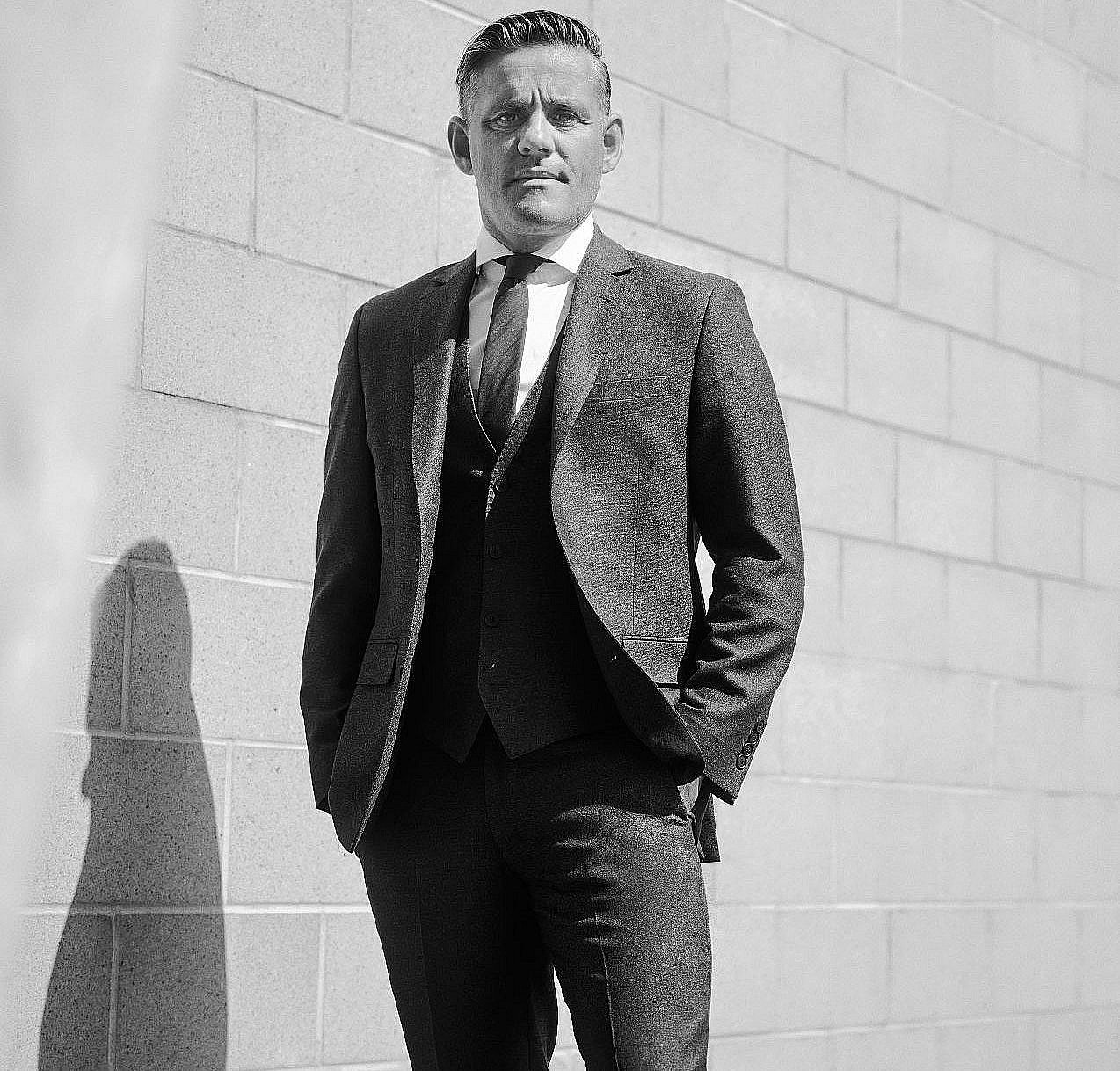 Alphonso Davies said that every time you talk to the team, he feels so motivated that he could run through a wall. Some players talk about the team as a “brotherhood.” Was it ever difficult to get them to buy into the way you do things?

Arguments happened regularly during my first two training camps with the men in 2018. The culture wasn’t completely broken. The guys could have a punch-up on the field then go have a beer together, but it was a visibly disconnected team. I told the leadership that unless they were ready to fix it, we were going nowhere.

How did that go over?

The initial pushback was, “Well, this is men’s football,” implying that arguments didn’t happen on the women’s side. Of course they did, but my women’s teams qualified for World Cups. I made it clear that that type of division did not consistently happen on high-performance teams.

Have any of the classroom-management techniques you used with kids worked on your players?

I’ve always held the philosophy that work made fun gets done, so we do icebreakers before every team meeting. Sometimes, the guys play “rock, paper, scissors” or “grab the cup.”

For more than three decades, Canadians have had to cheer for other countries during the World Cup. How does it feel to be a part of the reason we can cheer for us?

That was part of the vision from the beginning. During our first meeting, we showed the men’s players footage of the moment we qualified in 1986, when the fans ran onto the pitch in St. John’s. With Canada co-hosting the 2026 World Cup, I wanted our players to know they could be the first and last group of men to represent us at home, and help to change a nation forever. They bought into that. It manifested in their performances during our qualifying run.

How does Canada’s fan culture compare to England’s?

There were smoke and red flares when the team bus pulled into Hamilton before our qualifier against the United States—that was an atmosphere as good as you’d get in England. We felt like Liverpool FC pulling up for a Champions League match. But the men’s team had to build trust with results before our fans could fill stadiums like they did at our freezing-cold qualifier in Edmonton last November.

Who has most influenced your coaching style?

Sir Bobby Robson. He grew up in northeast England just like me. Funnily enough, one of his first coaching jobs was with the Vancouver Royal Canadians in the late 1960s. He won the UEFA Cup with Ipswich, managed Barcelona—I don’t think you’d find a Geordie coach who wasn’t inspired by Sir Bobby.

How do you coach yourself?

I’ve made “learning something new” a part of my daily routine. Whether I’m running or lifting weights, I’ve always got some leadership or self-improvement audiobook in my ear. I was listening to podcasts before they were cool.

In your 2015 TEDx Talk, you described life as “a series of ‘oh shit’ moments.” Have you had more of those lately?

It’s been four years of them. This whole journey to Qatar has been one. But look how it all worked out.

Is there anything that scares you about taking Canada to the World Cup for the first time in 36 years?

Oh, a lot of things. You could win every game or you could be a laughingstock. As a national team, we haven’t been on this kind of stage for years, and never with a team valued at over $230 million. We’re excited, but in the darkest recesses of our emotional brains, there’s a fear that we won’t make our country proud.

Your 18-year-old son, Jay, plays for the Vancouver Whitecaps 2. He just got called up to play for New Zealand at the OFC Under-19 Championship. Have you talked about what it would be like to coach against him?

Believe it or not, I’ve never even thought about it! We’re just so bloody proud of him. To see him singing that national anthem and wearing that shirt really warmed our hearts. We really miss New Zealand. That’s where Jay was born.

Will your family be in Qatar to cheer you on?

My wife just told me the cost of getting there. So, yeah, after we remortgage the house, I’d love to have her and the kids experience it!

It’s rumoured that you’re being courted by several English teams. Where do you think you’ll be coaching when Canada co-hosts the World Cup in 2026?

I do want to coach club football one day, but I’ve got a contract through 2026. It’s nice that people are talking about me. Right now, I’m only thinking about Qatar.

Canadians support all sports, but hockey is in their hearts. Qatar was a critical part of pushing soccer’s flywheel here, and 2026 will push it even further. It may take 50 years to catch on, but this is a start. That’s the beauty this team will be remembered for.

This article appears in print in the November 2022 issue of Maclean’s magazine. Buy the issue for $8.99 or better yet, subscribe to the monthly print magazine for just $29.99. 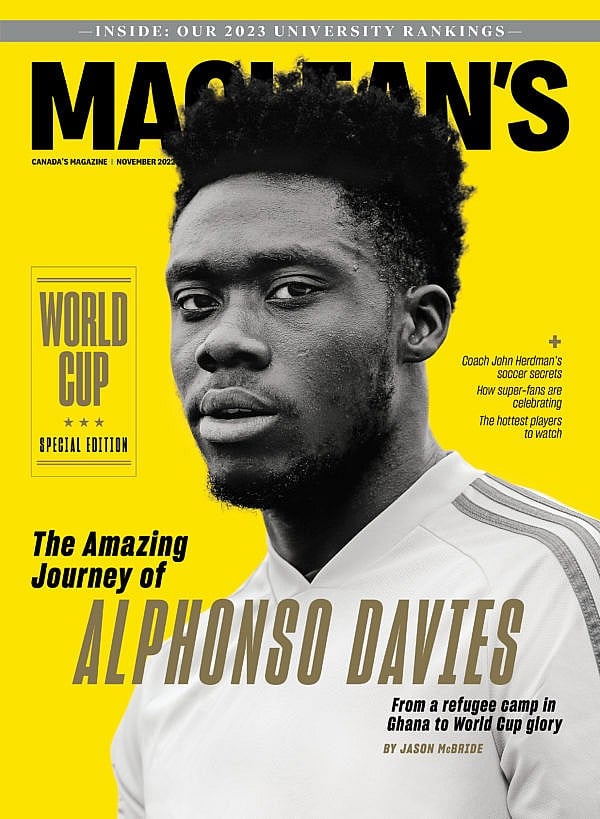