If you're considering deleting your account on the social media behemoth, here's what you should think about before giving up 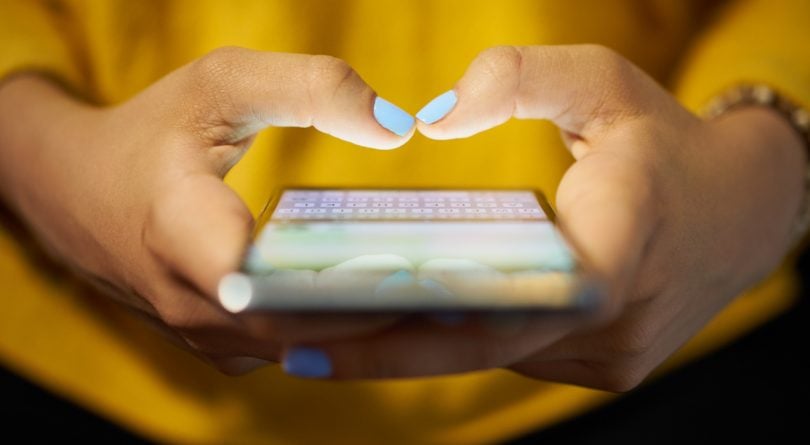 I’m not sure about yours, but my Facebook feed has been littered with a lot of sad goodbyes lately.

But the people in my world deleting their Facebook accounts are not just sad — they’re angry. They’re joining scores of others vowing to #deleteFacebook in protest to news Facebook has been used to manipulate voters. According to a new poll, almost 75 percent of Canadians are rethinking their relationship with Facebook.

It all started with an investigation from The New York Times and The Observer of London that explored how voter profiling company Cambridge Analytica used data from 50 million Facebook profiles without their permission to create voter-influencing strategies for its client, Donald Trump’s 2016 presidential election campaign.

Though Facebook didn’t give the information over directly (they’d shared it with an academic, who in turn provided it to Cambridge, who he says assured him it was all above board), it’s resulted in a public relations nightmare for the platform.

“It’s given us a glimpse behind the curtain at the fundamentals of Facebook’s business model, which is to basically surveil you and track your movements and watch every aspect of your behaviour,” says Mathew Ingram, the Toronto-based chief digital writer at Columbia Journalism Review, who writes about the social media giant and its activities.

So, is it time to delete your account for good, bidding farewell to all those digitally documented photos, memories and interactions with friends? Here’s what you need to know first.

Facebook may know you better than your closest friends do

Facebook knows you well. Like, REALLY well. It knows the basics — how old you are, what you look like, where your home is — but it knows a lot more, too. Using your photos, connections and conversations, it can gauge what kind of work you do, what you’re interested in, how many kids you have, what you care about and even how happy you are. It also knows your political views (and how likely you are to share them), if you’re friends with any expats, what kind of email service you use, and the number and types of devices you own.

If you have your GPS on, it knows where you are at any given moment. Especially spooky, Ingram says, is the way Facebook can see and gather information from a post you’ve drafted but never published — a pretty perfect way to track our fears and anxieties.

Ever verbally mused to a friend about buying a certain product and then — without having Googled it — seen an ad in your Facebook feed for just the thing you’d discussed? It’s not because Facebook is listening to your conversations (they swear they aren’t). It’s because they have so much aggregate information about you, they can make super educated guesses at which products you may want to buy.

“If there’s one thing we’re kind of realizing,” says Ingram, “it’s that this world we live in now is not about physical things… it’s about data about you and your behaviour.”

If you’re curious about just what intel Facebook’s gathered about you, you can request it. According to the Associated Press, Facebook will give you a file with every photo and comment you’ve posted, ads you’ve clicked, everything you’ve liked and searched, all your new friends and unfriended contacts over the years.

Nope. Facebook hangs on to the account for 90 days or so after you shut down your account, just in case you change your mind, Ingram says. After that, they keep the information that they’ve aggregated from your profile.

That said, the information and data you publish to Facebook belongs to you. And Facebook is not allowed to share private information about you that you might’ve shared through Facebook Messenger (should you have posted your Social Insurance Number there). “You own it,” says Ingram. “But you agree to give them the right to do things with it.”

Other than not being able to creep my ex, what are the downsides of deleting Facebook?

You may also want to consider ending your relationship with other Facebook-owned platforms like Instagram and free text service WhatsApp. Though they’re independent companies, Big Facebook gathers aggregate data from those sites too, Ingram says.

OK, so maybe I hang in there. Any advice for how to be a savvier Facebook user?

Revisit your settings and remove any apps contained within Facebook that are needlessly sharing information about you. Turn off targeted advertising, so you see generic advertisements only.

Be mindful that, despite your privacy settings, nothing that you post on Facebook is truly private. “Be aware of the bargain you’re making, be aware of what you’re giving up in return for all that free stuff and for the freedom to connect with people and see their baby photos,” says Ingram.

There’s really no such thing as a free lunch.