“When I was a workaholic doctor, that behaviour was driven by my trauma. Nobody in medical school ever taught me about that.” 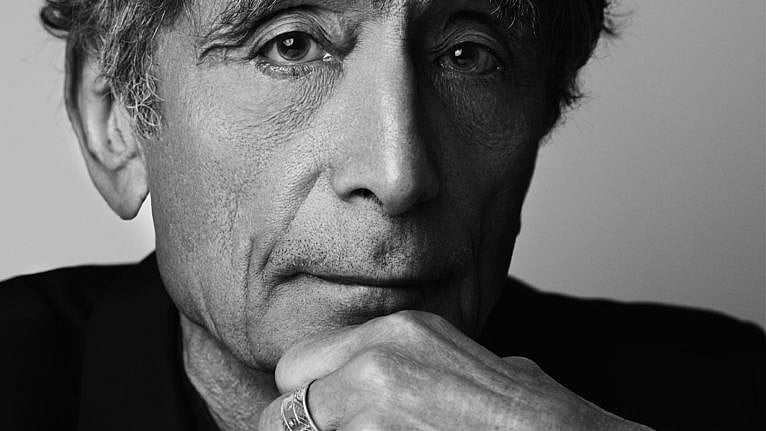 Gabor Maté has had an unusual life. Long before his rise to ubiquity as a medical maverick—and a darling of the podcast circuit—Maté left Hungary for Canada with his Holocaust-survivor parents in 1956, and later spent more than a decade working as an addictions specialist on Vancouver’s Downtown Eastside. In recent years, the 78-year-old Maté’s groundbreaking work linking trauma and disease has risen to global prominence—and made him a late-in-life literary juggernaut.

In his newest bestseller, The Myth of Normal: Trauma, Illness and Healing in a Toxic Culture—co-written with his playwright son, Daniel—Maté sets out to show how unhealthy the West’s medical system, and even its pop-cultural pursuits, really are. Canadians have spent the past two years trying to get back to a pre-pandemic normal, a state that many believe to be not only possible, but worth returning to. Maté insists they’re wrong. Here, he unpacks his thoughts on our hurting world, Canada’s wounded politics and the true meaning of trauma.

This obsession with “returning to normal” has been a constant since the start of the pandemic. What does “normal” really mean?

In medicine, normal has a specific meaning. There’s a normal range of blood pressure beyond which we can’t live—
if it’s too low, we die, and if it’s too high, we die. In this specific context, normal equates to natural and healthy. Part of what I mean by the myth of normal is that we assume the conditions of broader society are healthy simply because we’re used to them, even when they’re not healthy at all. When people get sick, their diseases can sometimes be normal responses to abnormal circumstances.

People seem to be a lot more willing to talk about trauma these days, especially on social media. Do you think that has translated into a greater understanding of what trauma actually is?

As with so many other aspects of Western culture, the understanding is there, but on a very superficial level. We use the word “trauma” quite a lot, but often inappropriately—like, “I had a fight with my partner and I was traumatized,” or, “I saw a movie and it was traumatic.” No. It was just sad or painful. On the other hand, we don’t see how ubiquitous and deeply impactful trauma is in the greater scheme of things.

We’ve clarified what trauma is not. So what is it?

The term itself comes from a Greek word for “wound.” What’s the nature of a wound? First of all, when you touch one, it really hurts. Wounds can be physical, but in this context, we’re talking psychological. These kinds of injuries ultimately lead to a disconnect from yourself.

How has this manifested in your own life?

I remember coming home from a speaking trip, and my wife wasn’t at the airport to pick me up. That triggered in me a deep embodied memory of my mother giving me to a stranger when I was 11 months old. All of a sudden, this hurt of abandonment got kicked up. People who are traumatized tend to be stuck in very childlike reactions. So I reacted to my wife like I was an 11-month-old baby. 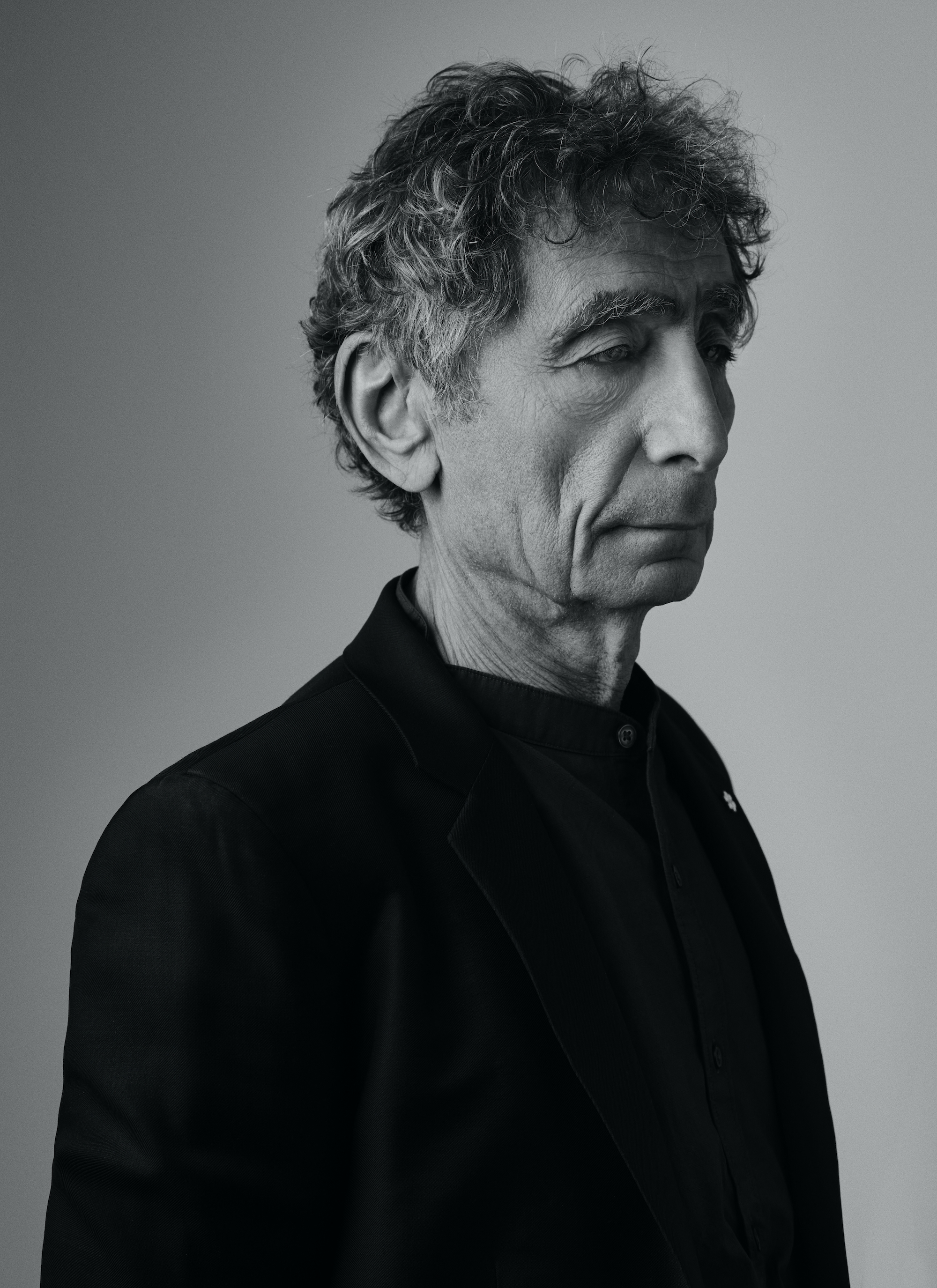 You see trauma everywhere, as the root cause of many social troubles.

Scientific literature is clear that trauma contributes to physical ailments. A Canadian study showed that men who are sexually abused as children have triple the rate of heart attacks—and not because they smoke or drink. In this country, about half of the women who are in jail are Indigenous, even though Indigenous people make up just five per cent of the population. There’s an epidemic of children being diagnosed with learning disorders and behavioural problems. Trauma also shows up in people’s hatred. So yes, from my perspective, it shows up everywhere.

You practised medicine on Vancouver’s Downtown Eastside for more than a decade. What did you see there?

Addictions was my work for 12 years—everybody there was severely traumatized and unsheltered. The average health-care provider doesn’t have a clue about that.

We seem to be in an especially divisive political moment—I’m thinking, specifically, of the convoy in Ottawa last January. The old rules of politeness seem to have slipped away. Is that trauma-related too?
It’s fashionable to dismiss those truckers as yahoos, but they had a point. I’m not talking about their tactics. That situation could have been resolved in a more peaceful fashion. I mean, did they have a reason to feel aggrieved? Their upset wasn’t all because they were inveterate right-wing lunatics.

What do you make of the public response to that incident?

Western countries pride themselves on their health-care systems. It seems Canada’s is collapsing. What do you make of the current crisis?

There’s nothing current about it. The system has been underfunded for decades. COVID was just the straw that broke the camel’s back. The health-care workers themselves are, of course, stressed and often traumatized individuals.

When I was a workaholic doctor, that behaviour was driven by my trauma. Nobody in medical school ever taught me about that.

Didn’t the rigours of medical school make all that stress worse?

If you even indicate that you’re stressed by the harshness of medical training, you’re considered a wimp. I often think of a former colleague of mine. She was an obstetrician. One night, four babies died on her shift, and she was told to suck it up and return to work.

Can anything be done to make things a bit easier for would-be doctors? We need as many as we can get.

What if we introduced an understanding of mind-body unity into medical training? And what if we also were compassionate toward health-care workers, instead of imposing bureaucratic demands and impossible routine working conditions on them? What if we introduced self-care as part of their training? These things are not conceptually difficult or expensive, but they would change things.

You obviously spent a lot of time with your son, Daniel, when you wrote the book with him. What was that like?

Daniel was indispensable. I needed his skill with words to help me articulate some of my ideas. But it was difficult at times. Some personal stuff got triggered. It was a growth experience for both of us.

What, if anything, did you learn about your own health during the writing process?

At one point, I got really anxious, and my blood pressure started rising. I was actually measuring it. It reached a range where, had it stayed there, I would have needed medication.

What was that about?

I was identifying with the book to such a degree that, when the writing wasn’t going well, I believed that it reflected something about me as a person—that if I didn’t finish the book, there was something wrong with me. If the book failed, I would have been a failure.

Surely, you of all people can talk yourself through that.

I was still quite capable of stressing myself out by overidentifying with this one activity. Once I realized that, my blood pressure came down. I learned that I need to not just talk about things, but to embody them as well. For the sake of my own health.

FILED UNDER: mind-body The Interview therapy