From high salaries to job security, here’s why job seekers should be looking to the skilled trades for work. 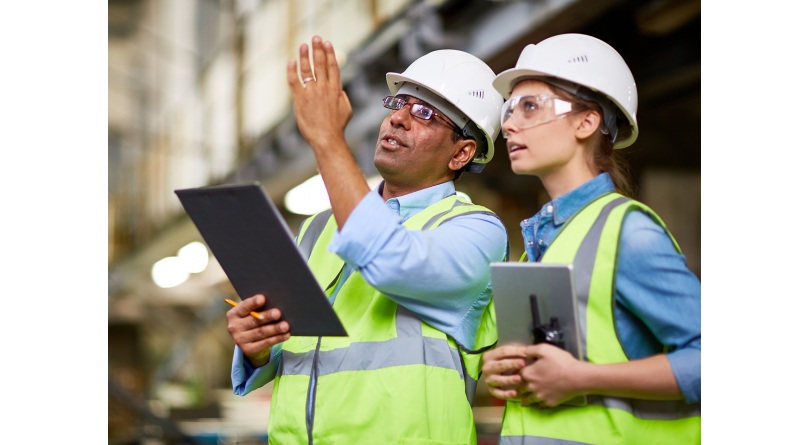 Whether you’re a high school student planning your career path or already in the workforce and looking for a change, you should be considering the skilled trades. Here are 10 reasons why.

1. There is huge demand for skilled tradespeople right now

According to Brendon Barnard, economist at Indeed Canada, “employers are increasingly looking to hire skilled tradespeople. In the third quarter of 2019, job vacancies in industrial, electrical and construction trades were up 51% compared to four years earlier, and 78% for maintenance and equipment operation trades.” That’s what Denise Devlin-Li, chair of the School of Apprenticeship and Skilled Trades at George Brown College, is hearing, too. “Some of our faculty are also employers themselves, so they tell me that they have trouble finding workers,” she says. “And some of the larger companies and organizations that we bring in here always stress again that they really are short-staffed now—and that’s delaying projects. They anticipate there’s going to be even stronger demand in the future.”

The skilled trades are well-known for their solid salaries. A Statistics Canada report released in December 2018 found that skilled tradespeople had a median income of $52,030 upon certification, though some trades—like heavy-duty equipment technicians, steamfitter-pipefitters and industrial millwrights—offered wages in the high $60,000s in Ontario. After four years of certification, income can increase substantially. The median income for industrial millwrights was $99,000, while steamfitter-pipefitters and heavy-duty equipment technicians had median incomes of $105,620 and $107,220, respectively.

3. Education is accessible (and you can get paid to learn)

For most trades, apprentices can earn as they learn. Training is measured in year-long periods—apprentices work on the job for 80% to 85% of that time, then spend the rest receiving in-class instruction. The required number of training periods varies by trade, but most take between two and five years to complete. Apprentices are paid for their work throughout, earning a percentage of a journeyperson’s salary, depending on how much training they’ve completed. And while there are some upfront costs involved in training, the government offers grants, loans and deductions to help offset your investment.

4. Red Seal Certification allows you to travel the country, or even the world

When apprentices are certified under the Red Seal Interprovincial Standards Program, they receive provincial qualification as a journeyperson—and employers know they’ve been trained to the same rigorous standard no matter what province or territory they’re from. And that means they’re not constrained to one region, or one country. “There’s a lot of portability in trades. If get a certificate of qualification as an electrician, then you can move out west. You can also move down to the U.S. You can even [go to] other countries, like Ireland or Australia,” says Devlin-Li.

5. The skilled trades are evolving with technological innovations

Technology is making an impact in the trades as much as it has in any other sector. According to Tom McLean, director of the Aboriginal Skilled Workers Association, that means new and exciting opportunities. “New equipment with new technology utilizing new work methods are being installed across all sectors,” he says. “The new equipment and system installations use machine-to-machine interface. Automation and electrification require new high skills—the work that electricians, millwrights, pipefitters and many other trades are doing now is a total change from the days where everything was fabricated on-site.”

6. There is room for people with all sorts of skillsets

According to Devlin-Li, when it comes to construction and industry trades, “one misconception is that you have to be physically strong, that you have to be able to pick up big pieces of lumber or pipe and carry them yourself. But some of the technology is better now, and some of the building methods are different, so you don’t always have to have that physical strength. There’s always options, for sure.” What’s more, for many trades in the service or automotive sectors, there’s no strength required at all.

7. There are lots of opportunities for advancement

Companies are increasingly looking to hire workers who have experience “on the tools” for other jobs within their organizations. According to Kael Campbell, president of Red Seal Recruiting, an employment agency that specializes in the skilled trades, some companies are actively promoting upward mobility when they’re recruiting candidates. “One of the largest companies in the world, Cummings, makes diesel engines. Globally, they’re really trying to build a path for diesel-engine mechanics to be able to eventually get into engineering or get into service-management roles or to get into business in HR,” he says. “They’re really trying to build that into their [recruitment]—that there are avenues for promotion within the company.”

8. Some trades are recession-resistant

No industry can completely avoid layoffs, of course. But according to Campbell, some sectors are especially resilient, particularly if they “have a more diversified client base.” “So, somebody who does service plumbing can work for large building facilities, maintenance companies or they can work doing residential plumbing. Because you can only cut so far on a maintenance budget,” he says. “If your toilet is leaking in your home or [at the office], you need to get that fixed.”

9. There is a greater diversity of trades than many people realize

There are 140 designated trades in Ontario alone, and more than 300 in Canada—and some of them might surprise you. For example, developmental service workers, child and youth workers, landscape horticulturists and cooks are all considered trades.

10. Job satisfaction is high—and so is job security

According to a 2019 report commissioned by The Residential Construction Council of Ontario, 65% of trades in the Greater Toronto Area rated their job satisfaction between 8 and 10 on a scale of 1 to 10. And that may be due, in part, to the stability of these jobs. “Lower unemployment rates in the maintenance and equipment operation trades suggest greater job security in these types of roles,” Barnard says.