But it was a bad summer for student job hunters 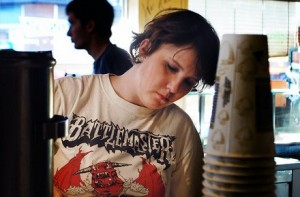 Unemployment among university graduates in rich countries, including Canada, remained a low 4.4 per cent in 2009, the year of the global recession, according to a new study by the Organisation for Economic Co-operation and Development. That same year, unemployment for those without higher education shot up from 8.7 per cent to 11.5 per cent. The OECD’s conclusion? Education is “a good employment insurance.”

But the organization is worried about falling public investment in education. Between 2000 and 2008, the share of private funding for post-secondary schools rose in 20 of the 26 countries studied. “Despite strained public budgets, governments must keep up their investment to maintain quality in education, especially for those most at risk,” said OECD Secretary-General Angel Gurría.

Note that the OECD numbers are for those aged 25 to 64 who already hold degrees.

For young students in Canada, it was an especially difficult summer in which to try and find a job. Statistics Canada reports that, for students who were going back to university or college in the fall and who were aged 15 to 24, the average unemployment rate was 17.2 per cent between May and August, up from 16.9 per cent last summer and way up from 2006, 2007 and 2008 when it never surpassed 14 per cent. Canada’s unemployment rate edged up in August to 7.3 per cent.