'Entry-level' jobs are getting harder to find

New grads face demands for up to five years experience to enter the labour market. How a lack of on-the-job training is hurting young workers. 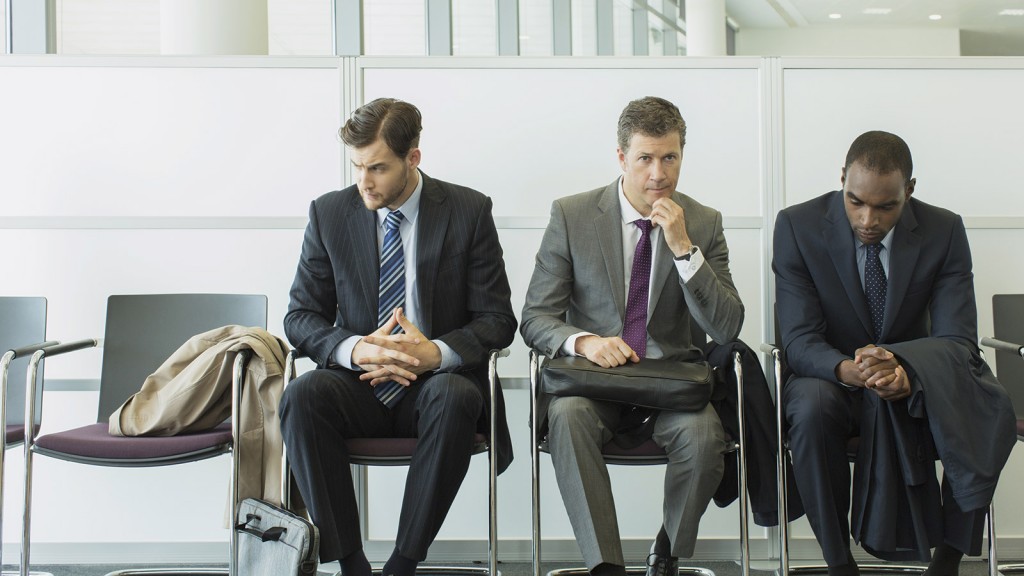 For students like Isabelle Duchaine, in the final stretch of their post-secondary educations, this is a difficult time of the year. “When you’re down to the last few weeks of school plus exams, you’re not just looking for a job,” says the Queen’s University history and political studies major, “you’re looking for a place to live for the next year, a new city, thinking about all the relationships you’re leaving behind and reflecting on where you’re going next. Every once in a while I’m like, ‘Oh my goodness, it’s all over, I’m going to move back into my parents’ basement in Brighton, Ont.’”

For Duchaine, the move home may not last long, as she’s already got a couple of offers for graduate school. But she is also considering going straight into a career—if only she could find an entry-level position. Despite having worked on campus, including a year as an executive for Queen’s Alma Mater Society, where she managed dozens of volunteers and liaised with administrators, Duchaine hasn’t gotten any interviews for the government jobs and internships she’s applied to so far. She isn’t sure she’s even qualified, considering the lists of demands she’s seeing in online job ads. “Most of them say two to three years of relevant work experience,” she says. A lot of the work she’s done seems relevant but she doesn’t have multiple years of full-time job experience. In fact, given the hard and soft skills employers have asked for—knowledge of statistical modelling software, HTML, writing policy briefs and experience working in teams—it might seem Duchaine is yet another victim of the so-called skills gap. “As a student, particularly in the arts, you’re writing papers that are 15 to 20 pages and those aren’t the skill sets that employers are looking for.”

Sophie Borwein, a researcher with the provincially funded Higher Education Quality Council of Ontario, is trying to “cut through the noise” around Canada’s skills-gap debate by studying what types of skills employers are actually looking for in new graduates. What she’s found is that the problem facing Canada’s economy isn’t a lack of skills so much as an “experience gap.”

The notion of Canada facing a “skills gap,” in which unemployed workers say they’re desperate for work and employers respond that they’d be happy to hire new graduates if only they had the right skills, is deeply entrenched. Jason Kenney, federal minister of employment, has been particularly vocal on the topic while travelling through Europe this winter studying foreign skills-training programs.

However Borwein’s project, in which she’s tallied up the demands made by employers in job advertisements posted in the “entry-level” sections of three major Canadian career websites, is eye-opening. Preliminary results show that many employers ask for soft skills like oral communication, but “more interesting” to her is that most demand two, three or even five years of work experience. Wal-Mart Canada, for example, was looking for a search marketing analyst who was both “entry-level” and had “five years” of experience, a seemingly impossible demand for young graduates. “It’s not that unusual either,” says Borwein. (Full results of the survey will be released this summer.)

Emad Rizkalla, CEO of St. John’s, N.L.-based Bluedrop Performance Learning, which develops custom training software, says there’s no question an experience gap exists, particularly in soft skills. He uses the example of a graphic artist just leaving school with little work experience, who may have valuable hard skills but doesn’t understand time management or basic customer service. “It’s not necessarily that [employers] are looking for deep knowledge of technical process X or technical skill Y,” he says. “They say two to three years because they’re looking for a proxy for someone who is [prepared] a little bit for a working environment.”

Rizkalla points out that when employers are surveyed, they say by wide margins that they would prefer to hire someone with the right soft skills and train them in the hard skills they’re missing, rather than the other way around. But evidence suggests they’re spending less on training overall, so many new graduates will likely have to get those soft skills elsewhere. The Conference Board of Canada found annual direct learning and development expenditures declined by about 40 per cent, from a peak of $1,207 per employee in 1993 to $705 in 2013. Why the reluctance to train? “Employers have a fear that if I get my employee up to the next level, they’ll just be valuable to the company down the street,” he says. But he also thinks employers are confused about what it really takes to keep employees. He cites an American Society for Training and Development study that found only 12 per cent of employees at companies that invest significantly in training expect to leave within one year, compared to 41 per cent of employees at companies that invest little or nothing in training.

Employers have trouble seeing this, says Rizkalla, because while it’s easy to notice when a well-trained employee walks out the door to work for a competitor, it’s far more difficult to measure how training an employee keeps him or her motivated and leads to long-term productivity gains.

Jason Kenney agrees that employers need to step up to train workers, and thus help close the experience gap. “Employers who are serious about their future and about addressing the skills gap need to put more money in the game,” the minister said last month. The Canada Job Grant he hopes to finally implement after months of wrangling with the provinces will provide businesses with federal funding of up to $10,000 per worker, but only if employers are willing to match around one-third of the total cost.

Until employers start training more, Rizkalla says, students can bridge the experience gap by signing up for co-operative education, where they spend four to eight months at a time working in paid placements. “I’d bet dollars to donuts that kids who did co-op are the ones getting hired,” he says.

But as it stands, co-op programs are hard to get into and not everyone finds a co-op job. Stephen Amoah, a recent Brock University graduate, says he worked hard in his first year of an accounting program to maintain a B average, and spent much of the fall of his second year searching for a co-op position. However, after interviewing for two jobs he received no offers, meaning he was no longer eligible to apply for co-op positions. “It was very disappointing,” he says. “My dreams were to work at a big-four firm.” His only work experience up to that point was arranging produce at a grocery store, work he admits didn’t translate well when answering interview questions from accounting firms. Determined to get back on his feet, he spent the winter semester (when he would have been on co-op) joining student clubs to develop soft skills like teamwork and presentations, and applying to summer jobs. He landed full-time work with Brock’s Career Centre developing a mentorship program and continued to work there part-time during the school year. Thanks to an angel investor, he’s been working full-time since graduation last year on MyCareerCity, a website that aims to match new graduates to jobs at start-up companies.

Perhaps even better than co-ops or summer jobs for gaining skills are initiatives like Queen’s University’s undergraduate internship program (QUIP), which offers 12- to 16-month placements in between school years that pay $25,000 to $60,000. Mireille Gomes, a biomedical computing graduate, landed a QUIP placement in 2006-07 with an electronic health records software company in Austria, which led to a Ph.D. at Oxford University, an internship at the World Health Organization and eventually full-time work in electronic health records at the Ontario Ministry of Health and Long-Term Care.

But there are only 300 to 500 QUIP jobs advertised per year at Queen’s for more than 17,000 undergraduates. That’s why Duchaine, in between research sessions for her final papers, has been working to convince the political studies department to create an internship credit that would allow students to spend part of the semester in training. “You hear references colloquially to the skills gap,” she says, “but the current way we’ve structured universities often doesn’t allow for the kind of experiential learning that employers and students are really looking for.”