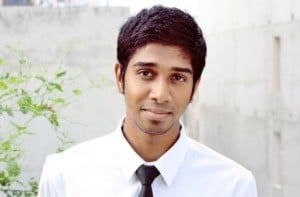 A new study has shown that Canadians with English-sounding names on their résumés get many more responses from employers than those with foreign-sounding names, even when applicants have identical qualifications and make it clear they can speak English or French proficiently.

Philip Oreopoulos and Diane Dechief of the University of Toronto found that of the 8,000 fake job applications they sent out, those with English-sounding names at the top were 47 per cent more likely to receive callbacks in Toronto than resumes with Greek, Indian or Chinese-sounding names. In Montreal, English names had a 39 per cent advantage. In Vancouver it was 20 per cent.

Oreopoulos told The Globe and Mail that subconcious discrimination may partially explain the difference. Another part of their study showed that human resources professionals cite concerns over language or social skills for the possible differences in their reactions—despite the fact that such skills can easily be determined with a simple phone call.

Surprising as it may be, such discrimination is nothing new. A.B. McKillop notes in his biography of Pierre Berton that the young Maclean’s journalist undertook a similar investigation in 1948.

Berton had two assistants apply to jobs as stenographers, typists, bookkeepers and filing clerks. One gave her name as Grimes (English-sounding); the other said she was Greenberg (Jewish-sounding). Both were highly-qualified. Out of 47 calls, Grimes scored 41 interviews. But Greenberg was told 21 times that the job had been filled and nine times that she “wouldn’t want it anyway.”