Plenty of room in pilot school

Students scared off by huge tuition and low entry-level pay 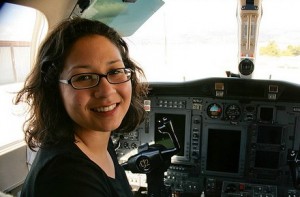 A pilot training program at the University of the Fraser Valley in Abbotsford, B.C. is running at half capacity, student coordinator Marion Harris told The Ubyssey. That’s despite the fact that 97,000 new pilots are going to be needed in Canada and the U.S. over the next two decades, she said.

One reason cited for the lack of new recruits is that UFV’s four-year Bachelor of Business Administration degree costs about $95,000 in tuition and fees alone—living costs not included.

And although commercial pilots and co-pilots can make $100,000 or more at major airlines, graduates usually start at charters, which pay a median of $40,000—and as low as $18,000—according to the Air Transport Association of Canada.

Even if students scrounge together loans, it’s going to be a while before they can pay them back.

Still, the ATAC’s Professional Pilot Career Info Guide says a degree can be a wise choice. Although no post-secondary is required to earn a commercial pilot’s license, “evidence indicates that the major airlines do show preference to candidates with higher education,” they write.

UFV isn’t the only costly program. The University of Western Ontario’s four-year Bachelor of Management and Organizational Studies, which includes a commercial pilots license, costs $30,000 in year two alone. Seneca College in Toronto offers a less expensive four-year Bachelor of Aviation Technology degree for roughly $10,000 per year—lower, but still twice the price of a typical degree.