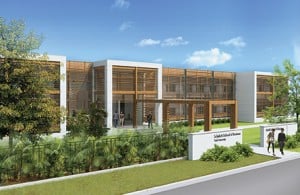 For Dezsö Horváth, the dean of York University’s Schulich School of Business, there’s no small amount of irony in India’s recent decision to allow foreign universities to confer degrees in the South Asian country of 1.2 billion. The widely expected but long-delayed ruling came on Sept. 10—one week after Schulich planned to welcome the first wave of students to a brand-new, $100-million campus in Hyderabad. The ambitious project was put on hold last year after it became clear that the foreign universities bill, first proposed in 2010, would not be approved by this fall.

Horváth now predicts it will be mid-2014 before all the details are ironed out, meaning the earliest Schulich could open in Hyderabad would be two years from now. In the meantime, Schulich has forged a partnership with the philanthropic arm of India’s GMR Group, the infrastructure company that has agreed to build Schulich’s Indian campus. Under the temporary arrangement, students will spend a year studying in India before coming to Toronto to complete their degrees.

It’s far from an ideal situation, but such challenges are commonplace when universities attempt to set up in foreign countries—particularly emerging economies. And Schulich is far from the only North American business school experiencing headaches as it seeks to add a global flavour to its offerings. Dozens of North American business schools now operate partnerships with foreign educational institutions, while a growing number are taking the extra step of setting up their own campuses overseas, a significantly more costly—and risky—endeavour. They include the French school INSEAD, with campuses in France, Singapore and Abu Dhabi, and Chicago’s Booth School, with campuses in London, Singapore and Hong Kong. Among Canadian schools, the University of Western Ontario’s Richard Ivey School of Business has operated a campus in Hong Kong for its executive M.B.A. program since 1998.

However, Schulich is breaking the mould by targeting India at a time when much of the world’s focus is on China. Horváth contends Hong Kong is getting crowded, while mainland China can be difficult to crack. India’s demographics are also favourable. More than half the population is younger than 25, suggesting huge opportunities down the road for schools who get in on the ground floor. “I would think we’re ahead of the curve, ahead of everybody in India,” Horváth says. Notwithstanding any more unforeseen surprises, of course.

Schulich’s decision to go global was made several years ago. Horváth argues that North America has become saturated with programs and a lack of corresponding opportunities for graduates, particularly in Canada. “The Canadian market is stagnating because we don’t have many corporations that hire M.B.A.s beyond the banks and accounting firms,” he says. “Natural-resources firms generally don’t need many M.B.A.s.” He adds that the nature of business has become more global in recent decades, with some of the world’s biggest companies now hailing from emerging markets. It only makes sense to set up schools where the action is.

But while Schulich has previously operated programs in Europe and China, its current focus on India has been steadily building since the early 1990s. That’s when Horváth first travelled to India to set up exchange programs with local business schools. More recently, it offered a two-year M.B.A. program in Mumbai in partnership with the S.P. Jain Institute of Management and Research. (Under the old rules, foreign schools were only allowed to operate in India through so-called “twinning” programs that split the time between schools in India and others abroad—an arrangement Horváth says he had a hand in helping to create.)

Opening a stand-alone campus in India was the next logical step, although Horváth stresses it won’t be an Indian business school, but “a global business school located in India,” with a big chunk of students from outside the country. That led Horváth to GMR, which had been trying to sell a top-tier North American business school on setting up in the Indian market. “Some of the schools we met with in North America were MIT, Columbia, NYU, Boston College and Harvard,” says Viswanathan Raghunathan, the CEO of the GMR Varalakshmi Foundation. “[But] the impression we then received was that, for most of these schools, their interest in Asia stopped with Singapore, Hong Kong, Shanghai or Beijing in the Far East, or Dubai in the West. Certainly not South Asia.”

Raghunathan was introduced to Horváth through Joseph Caron, former Canadian High Commissioner to India and a personal friend. “It didn’t take us long to figure out that Schulich was among the world’s most respected business schools in most of the well-regarded ratings for a long time.” But after making a splashy announcement about the proposed school in 2011, and even breaking ground on the new facility, Schulich and GMR were forced to come up with a Plan B, once it became clear they wouldn’t have government approval in time for a 2013 opening. Horváth says GMR responded by creating its own business school to partner with Schulich, satisfying existing rules. It also gave Schulich access to a building near Hyderabad’s airport. “You couldn’t have a better partner,” he says.

Observers say Schulich is taking a calculated risk, but a risk nevertheless. “There were restrictions in the Indian market for schools to come and establish campuses there, so what they’re doing is rather groundbreaking,” says Peter von Loesecke, the chief executive of the M.B.A. Tour, which sets up events to connect potential M.B.A. applicants with schools. “But while it’s always good to be groundbreaking in this industry, you don’t want to sully your brand in the process, which some schools have experienced in other markets.”

Another example of a school that has run into hurdles overseas is the Fuqua School of Business at Duke University. The North Carolina school’s plans to build a degree-granting school in Kunshan, China, have suffered from delays since they were first announced in 2010, with the Chinese government only signing off on the project this week. The first class is now scheduled to arrive next fall. Meanwhile, a similar Fuqua project in Dubai has been placed on hold indefinitely after a dispute with the proposed school’s U.A.E. partners, according to a recent article in the university’s student newspaper.

Janet De Silva, the dean of Ivey Asia, says North American schools operating in Asia face several challenges, ranging from complex government and financial regulations to strained relationships with partner schools. She adds that Canadian schools are also saddled with the extra burden of having little international name recognition, making everything that much harder.

Schulich, of course, is hoping to build a name for itself in South Asia, and elsewhere, by being among the first North American business schools to establish in India in a big way. And while the Indian government’s move to open up the country’s education sector promises to bring more competitors, GMR’s Raghunathan, for one, says Schulich will hold a definite advantage over latecomers when it comes to navigating “the swampy grounds of Indian bureaucracy and Indian social realities.”