But which schools are turning out the most employable grads? No one really knows. 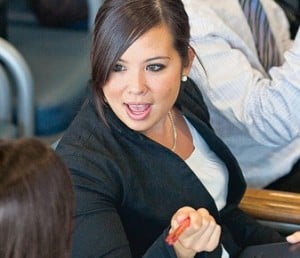 When John Mortimer was a young man in the late 1930s in England, he told his father he wanted to study to be an actor. Or—even better!—a writer. His father was not impressed. “My dear boy, have some consideration for your unfortunate wife,” Mortimer senior said. “You’ll be sitting around the house all day wearing a dressing gown, brewing tea and stumped for words. You’ll be far better off in the Law. That’s the great thing about the Law, it gets you out of the house.”

The arm-wrestle over the purpose of a university education is hardly new. Is it to follow your passion, young Mortimer, to wherever that may lead? Or is it to train for a brilliant and lucrative career? What is new, 70 years after the famous son and his father bandied over the breakfast table, is that the debate has become a whole lot more urgent.

Consider the numbers: more than a quarter of a million Canadian university students are about to graduate into the workforce this spring. Yet studies show that 50 per cent of Canadian arts and science grads are working jobs that don’t require a university credential two years after graduation. The average B.A. or a B.Sc. is not trained in any particular skill. And even if they were, potential students and potential employers don’t have any way of knowing which skills a particular degree program teaches. Indira Samarasekera, president of the University of Alberta, says it’s “absolutely critical” that universities track where their grads are working—but very few do. Which schools are turning out the most employable grads? No one really knows.

That’s why we’ve made this, our sixth annual student edition, into our first “Get Hired” issue. Along with our usual student satisfaction surveys (congratulations, Quest U), the 16-page section looks at whether universities can or should tailor themselves to suit the workplace; at the rocket-to-the-top world of retail careers; and at the explosion of applications to post-grad college programs, which shows how huge the mismatch between work and education has become.

And today’s students expect university to transform them into employable adults. Last year, when 12,500 students were asked “What was the single most important reason in your decision to attend university?” by the Canadian University Survey Consortium (CUSC), nine per cent were after “a good general education.” Nearly 70 per cent had enrolled to “get a good job” or “train for a specific career.” Their schools are listening. “It’s not the old, green college on the hill anymore,” says Lloyd Axworthy, president of the University of Winnipeg, in our feature article, “Get me a job—or give me my money back” (page 52). Jack Lightstone, president of Brock University in St. Catharines, Ont., says it wasn’t that long ago when very few people went to university. “It’s a good thing that more people go,” he adds. “But there’s a whole different attitude as a result.”

No kidding. In 1998, Ontario’s then-premier Mike Harris said post-secondary funding should be tied to whether graduates find jobs—schools would get more money if their graduates get more jobs. The backlash was immediate, and furious. Educators, parents and students said that the proposal would dumb down teaching and prevent schools from nurturing great thinkers. Harris retorted that Ontario needed fewer “great thinkers” and more people with jobs. The University of Toronto responded with a billboard campaign that featured titans of industry thanking their B.A.s in English for getting them where they were today. It was quite the spat.

It’s hard to imagine that happening today. These students are a practical lot. When Liberal Leader Michael Ignatieff attended the University of Toronto in the late 1960s, it was a place to debate great ideas like the meaning of Canada in the face of separatism and the morality of the Vietnam War. “Now,” he says with a sigh, “it’s all about jobs and stuff.” It’s not that we don’t value a traditional liberal arts education, for those who want it.  And the heart does soar to hear Daniel Brandes, who directs the foundation year at the University of King’s College in Halifax: “The object of a liberal education is to teach students how to think.” Robert Campbell, president of Mount Allison in Sackville, N.B., says many of the jobs our kids are going to get don’t exist at the moment. “They’ll be produced by the economy over the next five or 10 years.”

As for John Mortimer, he became a lawyer at his father’s behest and a writer by his own preference; and, said his obituary, “through rare gifts of energy, confidence, intelligence and wit he succeeded brilliantly in both.”