Want to work for a startup?

Grads will be paid to work in poor cities

A new non-profit organization called Venture for America will give bright university graduates a crash course in entrepreneurship — if they’re willing to move to a town with a struggling economy.

The idea is to help graduates learn about entrepreneurship, while helping impoverished cities like New Orleans, Providence, R.I., and Detroit to get back on their feet.

After all, business graduates don’t usually move to such economically depressed areas. In that sense, Venture for America is modeled after Teach for America, the highly-successful organization that pays new teachers to move to places where they wouldn’t otherwise move, helping to fight poverty. 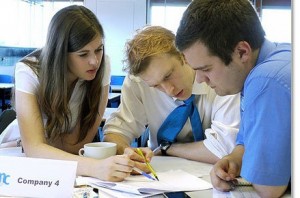 The startups will get free workers. The workers will get to see a company grow from the ground up.

“These fellows are going to end up in the midst of a really exciting ecosystem and they’re all going to have access to all the entrepreneurs in the region,” Andrew Yang, founder and president, told Fast Company. Some graduates will find success in their new towns and stay permanently, he said.

And one of those grads will get $100,000 at the end of two years to start a business of their own.

But competition is tough. Yang expects 5,000 applicants for the first 50 placements in September.