What happens when a lawyer drops the F-bomb

From 2014: A B.C. lawyer's courthouse curse leads to a disciplinary hearing and a landmark ruling 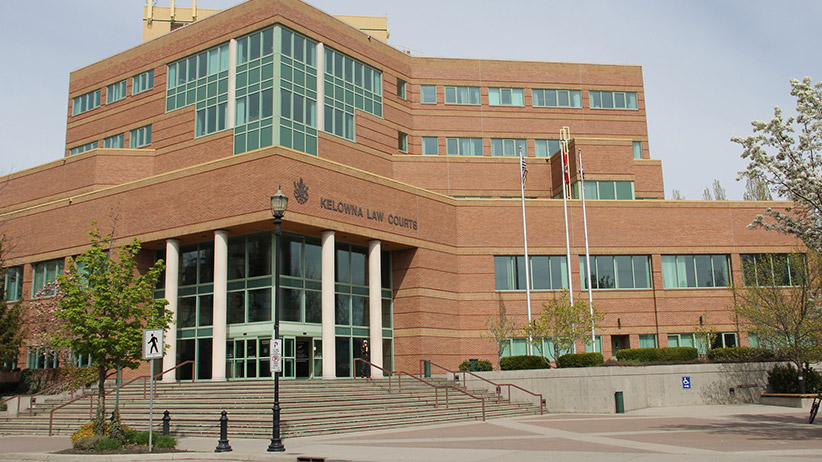 As soon as the words left his lips, Martin Drew Johnson regretted what he said.

A veteran criminal defence lawyer in Kelowna, B.C., Johnson was at the local courthouse that Wednesday afternoon (March 9, 2011) representing a man accused of assaulting his wife. During a break in the proceedings, Johnson asked the investigating RCMP officer if he would escort his client back to the family home so he could retrieve a few personal items. Although it sounded like a reasonable request, the Mountie stubbornly refused.

Before long, the two men—a 61-year-old lawyer fresh off hip replacement surgery, and a six-foot police officer half his age—were nose to nose in the courthouse hallway. Johnson cracked first. “F–k you,” he told the officer.

“You don’t scare me, you big-shot lawyer,” the Mountie allegedly replied. He then pointed to Johnson’s chest, now close enough to be touching his. “That’s assaulting a police officer.” Moments later, the lawyer was in handcuffs, being paraded down the hallway like so many felons he defends.

How one of Canada’s Most Wanted was set free

The untold story of Justin Bourque

In the end, Johnson was not charged with assault (or any other crime) but he was accused of professional misconduct and hauled in front of the Law Society of British Columbia. What followed was a disciplinary hearing like few others—and an eloquent, almost nostalgic legal opinion—on the prevalence of the F-word in modern society, and when it’s appropriate to use it.

At the heart of Johnson’s case is a question most fellow lawyers can certainly sympathize with: Is it ever excusable for counsel to curse on the job? In other words, does hurling a profanity always constitute professional misconduct, or are there rare moments when a lawyer can be so provoked that blurting out a “F–k you” is forgivable?

In its ruling, released in 2014, a Law Society “hearing panel on facts and determination” concluded that it’s never acceptable, under any circumstances, to hurl such vulgar language inside a courthouse. Although the legal profession “can sometimes be hostile, aggressive and fierce,” the panel wrote, Johnson “had an obligation to ignore any ‘provocation’ by the witness, ‘rise above the fray,’ and act with civility and integrity in a dignified and responsible way that lawyers are expected to act.”

“Obviously, we recognize that the use of the word ‘f–k’ in its various word combinations and permutations isn’t as taboo as it used to be,” reads the judgment (minus the “–”). “For good or for bad, it is not uncommon to hear the word in its various forms on television or in the movies. Despite the argument that it is still ‘profane,’ we all know it is used in everyday conversation harmlessly and innocuously, although one probably would not use it with one’s mother or with small children in the room. It is used in humour, literature and music. It is used when one stubs one’s toe, falls down skiing, makes a mistake, or even as a form of self-deprecation. It is used by athletes in sports, and by disappointed or excitable fans. It has been used by presidents, prime ministers, Nobel laureates and Academy Award winners. Its use is not going away, and nor should it. Consequently, we wish to make it clear that our decision is not meant to deny the use of a word in the English language that people may hear or use all the time, or otherwise interfere with one’s freedom of speech. Rather, we wish to make it clear to members of the profession that insults or profanity, if uttered in anger (whether using the F-word or not), directed to a witness, another lawyer, or member of the public in the circumstances and the place in which it was used by the respondent, are not acceptable and can constitute professional misconduct.”

Permitting such conduct, the panel continued, “might well lower the reputation of the legal profession in the eyes the public and, arguably, bring the administration of justice into disrepute.”

Guilty as charged, Johnson appeared before a second disciplinary hearing on June 16, 2014, where lawyers for both sides argued the appropriate sanction. (Johnson is no stranger to the process, having been found guilty of professional misconduct in 2001 and suspended for one month.) A spokesman for the Law Society said the panel reserved its decision, and by press time, a ruling had not been released.