Where universities have really failed

Prof. Pettigrew says it isn't a lack of skills training 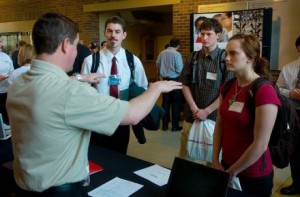 Earlier this month, student Mercedes Mueller caught my eye with this provocative open letter to Canadian university presidents, accusing them of having failed students by not paying enough attention to their “career ambitions.”

Universities pride themselves on teaching students critical thinking and reasoning skills. Yet upon entering the workforce, many grads have little to offer employers in terms of “skills.” Skills, primarily associated with the hands-on learning done at colleges, are a severely lacking component of university curricula. When one considers that the majority of BA graduates would like to enter the workforce without having to obtain further degrees, learning a skill or two in undergrad isn’t asking a lot.

Students come to university to get a job, she explains, and thus deserve to have “degrees worth more than the paper they are printed on.”

While it’s nice to imagine that a university degree was once a golden ticket to certain and immediate prosperity, it has never been so in my lifetime, and I highly doubt it ever was. But even so, the evidence is still pretty clear that, overall, people with post-secondary education earn more than those without and university grads do better the more degrees they get.

Mueller laments that “even the brightest students are stuck waiting tables after graduation” but the cold facts are that, given a little time, university grads generally do find work in a field related to their study. Again, according to Stats Can, the vast majority of university graduates work in fields closely or somewhat related to their education—even humanities grads like me!

Moreover, all degree holders are more likely to work in a field related to their education than those with non-university post-secondary credentials.

Despite all this, Mueller is, in one way, right. Universities—including top administrators—have treated students like her badly, though not for the reasons she thinks.

The real betrayal is not that universities have failed to make good on their promise to get their grads good jobs. The real betrayal is that universities, instead of explaining the profound value of what they have to offer, have been making the promise—implicitly or explicitly—that the basic point of university is to get people jobs. University web sites frequently list job opportunities under the heading of what you “can do” with a degree. Here is a typical example. The Association of Universities and Colleges of Canada frequently cites job opportunities as a principal benefit of university education, and some universities have gone so far as to offer an employment guarantee.

Universities have been selling this line for years as a way to recruit students, especially as tuition fees rise and more and more students worry about graduating with high debt loads. Students buy into it and when the economy is soft, they panic and, like Mueller, think that the answer lies in more job training.

And that’s entirely understandable. And that’s one of many good reasons that we should tackle student debt seriously—it skews our priorities.

But in the meantime, as educators and citizens, we must not succumb to the siren call of the high-paying job. We must remember that the “critical thinking and reasoning skills” that Mueller dismisses so easily, are, in fact, valued by employers, but, more importantly, are the lifeblood of any democratic and progressive civilization.

The danger lies not in too little practical and focused training, but too much. We should not fear a workforce that is too broad-minded but one that is too specialized. If we are not careful, we will career-plan ourselves into a nation that can’t adapt and create because we have only learned how to buy and sell, a nation that cannot be bothered to soar because it is too obsessed with feathering its nest.

I get why Mercedes Mueller is unhappy. I get that she’s worried universities don’t care enough about getting her a job.

I’m worried that they are going to care too much.