Law clerks provide affordable services under the supervision of a lawyer—and can still earn as much as $90,000 a year 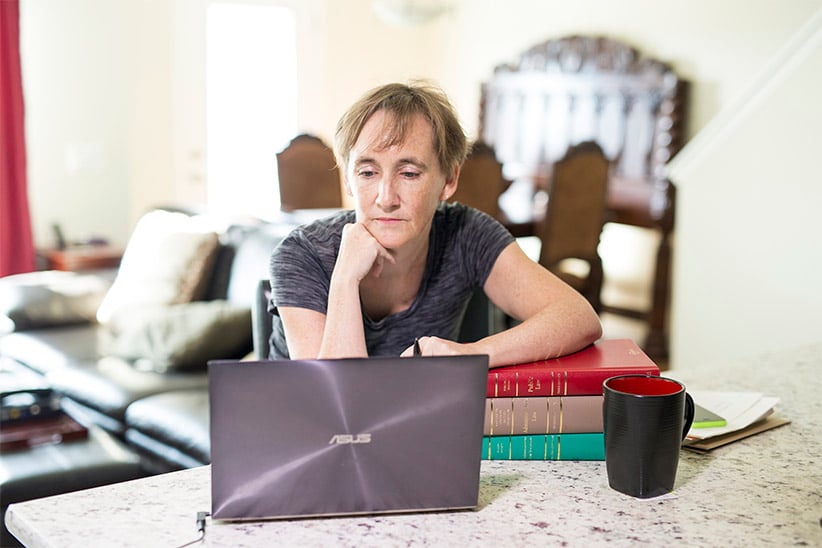 Lisa Elmore from Airdrie, Alta., is a paralegal who went to law school in the UK and is now studying to qualify in Canada. (Photograph by Chris Bolin)

Twenty-seven years ago, after just one year, Lisa Elmore left university to have her son. Finishing school was daunting. “I just didn’t feel I could ever go back full-time to university,” says the Calgary mother, now in her mid-40s. So she took a one-year legal assistant program at a local college and landed a job as a paralegal. Whether called legal assistant, law clerk or paralegal—the skill spectrum is wide; divisions among titles vague—they work under the supervision of a lawyer. “We do legal research for the lawyer, but we can’t give legal advice,” explains Lorretta Klein, president of the Alberta Association of Professional Paralegals (AAPP). “We interview clients, draft legal documents, review and summarize documents and transcripts and other legal tasks, but we can’t represent a client in court.”

For the public, the growing paralegal field means better and more affordable access to legal services. “Do you expect a $350/hour lawyer to take hours to review your medical records? A paralegal does the same job for $150,” Klein says.

Paralegals’ roles and capacities are mostly regulated by provincial governments, with one exception. Despite what Klein calls “a slow growth of recognition,” paralegals still aren’t regulated in Alberta. “There’s no set education you need, no specific amount of experience you need to be promoted, and no set wage scale.” Salaries range widely. The B.C. Paralegal Association, for instance, cites $30,000 to $90,000 after one full year of work. Payscale.com cites $50,000 as the average across Canada.

Ontario regulated paralegals in 2007, the first jurisdiction in North America to do so. “Because of concerns of conduct and to protect the public, the Law Society [of Upper Canada] began regulating education and licensing,” says Bernard Aron, program coordinator of Humber College’s paralegal studies program, a four-year degree offered since 2003. Now, Ontario paralegals can operate their own paralegal practice or work at a law firm. Or, like Elmore, they can jump to law school.

Of 50 yearly graduates, says Aron, about five will attend law school next. “It’s almost a running start,” he says. Paralegals bring a confidence: “Sometimes they see what lawyers do, and realize they have the capabilities to do the same,” says Aron.

If you’d told her that one day she’d become a lawyer, Elmore would say, “I honestly never thought I would make it.” A fateful ad in a newspaper brought her to a U.K. law school—undergrad degrees aren’t required there—and Elmore spent three years studying overseas. She graduated last month and is studying for her Canadian-accreditation exams now. If she could go back, would she take a more direct route to law? “I’d probably do the exact same thing,” she says of her paralegal career. “It’s great to have seen both sides.”

“Not everyone’s in the position to put in the time, effort and cost to become a lawyer,” says Klein, the president of the AAPP. For those who love work-life balance as much as they love law, try these top-notch paralegal programs.

Paralegal diploma at Capilano University, B.C.: Based in North Vancouver, Capilano offers one of just two programs recognized by the B.C. Paralegal Association. The two-year diploma includes courses in substantive and procedural law, plus a six-month practicum placement with a lawyer.

Paralegal studies at Humber College, Ont.: The only four-year degree of its kind in Ontario combines legal courses in ethics, evidence and advocacy, with enjoyable electives in psychology, sociology and philosophy.