A dream-like critique of post-Soviet Russia

Sergei Lebedev's debut novel deploys surrealism and poetry as he ventures into the Gulag, seeking answers 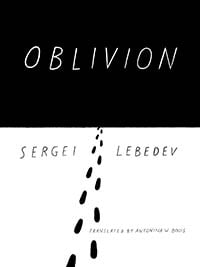 There have always been people who refuse to forget, and this is a book for them. The debut novel by a young Russian journalist and poet is about a journey to the Gulag, a search for history that few want to talk about, told through a search for the origins of an old man. Called Grandfather II, he grafts himself onto the narrator’s family and tries to claim the young boy as a replacement for a lost son.

The book is also a long shudder of disgust from a writer born to the decay of the 1980s, and like a Soviet orator who can’t risk being misunderstood, Lebedev likes to pile symbols into evocative paragraphs that end in explanations. The result pushes poetic language to the edge, somewhere between a novel and an essay that pulls along with the single-mindedness of a dream. It is an often pitiless book, animated by the rage of a child who will do anything to avoid falling under someone’s power, even run away into the woods or die in a quarry.

The childhood parts are astonishing. Grandfather II is transparent to the narrator’s young eyes, encountering self-invention for the first time and discovering how habitual deception can replace a person’s true character.

Before there are any facts about Grandfather II, the old man dies (on the day the Soviet Union dissolves) and all his papers are burned. But the narrator, now an adult, finds the trail easily and, like a railroad, it leads to the north. There is no dialogue with the grotesques who pass before his eyes along the way, but every person and scene has a symbolic charge that will be revealed. People will smell of death and their mutilated bodies will be read like the outlines of pointless constructions now receding into the tundra. If there is snow, it first falls black and then red; a cemetery carver will look like a golem made of tombstone dust; a radio operator dreams of receiving a message instructing him to arrest himself.

In this dreamscape it’s not possible to know whether Lebedev is adrift in history or reeling in contemporary Russia, but if you know the country you will recognize the mouldy buildings and tortured landscapes he basks in. You may also ask if every hollow has to be a grave and every river full of corpses. Is excess necessary to make memory speak and to provoke secretive people to explain their faded photographs? The publisher seems to embrace the political angle (I’ve never seen a novel blurbed by so many ambassadors) and certainly this book’s quiet anger is well-timed. Resurgent nationalism in Russia, like everywhere else, requires historical blindness, the desire to forget and a hunger for oblivion.