Do Canadians deserve their reputation for being nice?

Two-thirds of Canadians think we're as nice as the world says. But is the cliché actually true? 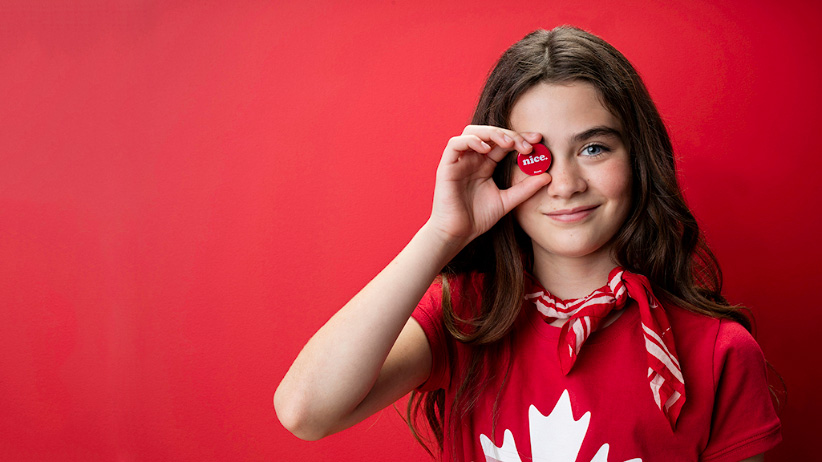 In a country where niceness is closely tied with national identity, what better way to mark the sesquicentennial than with a playful celebration of Canada’s most notable trait? That was the thinking behind Roots’ kitschy ad campaign pointedly called Be Nice. The campaign reflects on the country’s history of niceness—from rallying behind Terry Fox to blazing the trail for marriage equality to embracing refugees at a time of crisis—while setting out to find Canada’s nicest person.

At this point, the notion of Canadian niceness is firmly cliché; the Roots campaign works because it acknowledges the triteness. The nation appears to have embraced the stereotype as well; a survey conducted as part of The Canada Project found 66 per cent of respondents think we’re as nice as the world thinks we are. Yet, noting our national niceness often feels like a platitude. Meryl Streep triggered eye rolls across the country when, in her shout-out to Ryan Gosling at the Oscars this year, she noted that “all the nicest people” are Canadian. Really, Meryl? You can’t find anything less banal to say about us?

Given how tired the stereotype feels, it’s worth asking some questions: How did we earn the reputation? And, perhaps more importantly, do we deserve it?

Nelson Wiseman, director of Canadian Studies at the University of Toronto, has theories about the origins of the cliché. Specifically, Canadians may be nice because history demanded it of us. “John A. Macdonald called Canadians a subordinate people,” he says. “That’s in part because we’ve had a strong tradition of centralized regimes, with the French, and then as a British nation.” Further, Wiseman notes that “fragment theory” may be a factor in Canadians’ niceness. The theory suggests that colonial nations are made up “fragments” of the societies that colonized them. In Canada, the characteristics and values of early European settlers infiltrated the culture and persisted, particularly those of the conservative British Tories. “Although Canada is no longer a British nation,” says Wiseman, “these tendencies replicate and perpetuate themselves like a gene.”

Indeed, Canadians’ perceived niceness is also a matter of being compared to Americans. The United States places more value on the individual, and therefore its people are considered more selfish, says Wiseman. Canada is comparatively more collective, and Canadians, by extension, are assumed to be more altruistic. Wiseman also notes that Canada doesn’t have the imperial history America has—another strike against our neighbour’s popularity on the international stage. “They’ve fought imperial wars in Cuba, the Philippines, in Panama, Mexico, and now the Middle East [to name a few]. That’s a lot of baggage,” he says. “There’s a reason Americans wear a maple leaf on their backpack when they travel.”

But a cursory glance at the research into national character stereotypes (e.g. Canadians are nice, Americans are brash, the French are arrogant) seems to dispel the notion that Canadians are particularly nice. “It’s pretty well established that these stereotypes are not accurate at all,” says Bryor Snefjella, a PhD Candidate in linguistics at McMaster University. For example, a survey of a large sample of both Canadians and Americans found residents of both countries strongly believe that their personalities differ based on nationality. But the actual traits of Americans and Canadians weren’t measurably different, and those traits didn’t match the stereotypes assigned to them.

With that in mind, Snefjella and his research partner Daniel Schmidtke set out to examine the differences, or lack thereof, between how Canadians and our southern neighbours use Twitter. “The expectation was that Canadians and Americans are very similar countries, and use very similar language, so we didn’t expect any differences in our study,” he says.

But their hypothesis proved incorrect. They noticed that Canadians are in fact much nicer than Americans—at least on the social media platform. While Canadians commonly used words like “favourite”, “gorgeous”, “great”, and “amazing”, Americans favoured more negative words like “damn”, “hate”, “bored” and “annoying.” Snefjella takes this to mean that while Canadians may not actually have nicer personalities, they come across that way because of how they speak. “Language-use may help explain where the stereotype comes from,” he says. Further, that stereotype may lead Canadians to act nice—there’s a distinction between behaving nicely and having a nice personality, Snefjella notes—creating a self-fulfilling prophesy scenario.

Still, Canadians often bristle when they hear a foreigner, or Meryl Streep at the Oscars, gush about our niceness. It could be that humble Canadians can’t take a compliment, or the twinge of guilt associated with accepting something you don’t deserve. Certainly, Canada’s human rights record isn’t flawless; we didn’t forgo racial, gender or class discrimination.

In the Roots ad celebrating 150 years of niceness, the commercial concludes with a very Canadian (read: subtle, if not passive aggressive) call-to-action: “Sometimes ‘nice’ is knowing when ‘sorry’ just isn’t enough.” Becoming comfortable with our long-standing reputation for being nice requires stamping out the cognitive dissonance it incites—it requires acting in accordance with our identity. According to Wiseman, it’s a goal worth striving for. “Not only is niceness a moral virtue,” he says, “it helps you build alliances. It aides politics in the best way, where people with a common objective, through consensus, have something happen.”