How Dunkirk's Canadian hero 'fell through the cracks' of history

The real-life, Montreal-born officer behind the evacuation gets no recognition in Christopher Nolan's blockbuster movie. So how about a Heritage Minute? 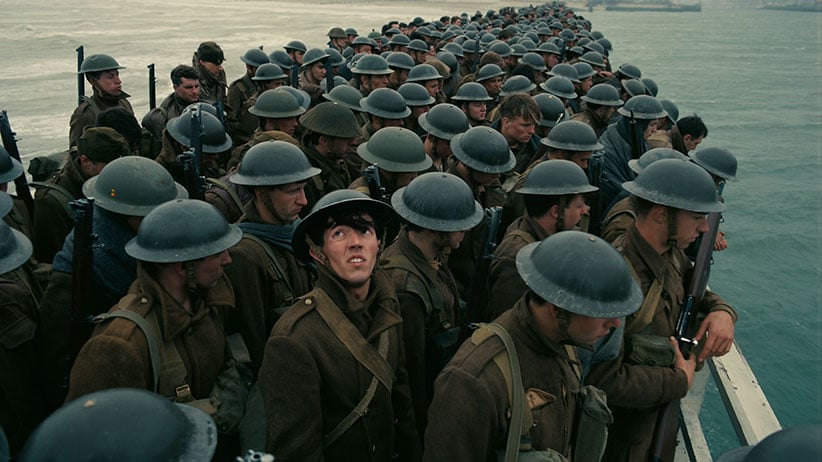 After hearing about the Hollywood film Dunkirk, Anthony Wilson-Smith’s son struck up a conversation with his dad about why there were no Canadian characters featured in the film. “I told him, that’s because the Canadians weren’t involved as a military force in Dunkirk,” said Wilson-Smith, president and CEO of Historica Canada.

While technically true, that doesn’t mean Canadians (and one in particular) didn’t play an important role in the event—a fact that Wilson-Smith is now acutely aware of.

Following the blockbuster’s release last week, historians and family members of naval officer James Campbell Clouston have been airing their grievances over the film’s lack of recognition for the Canadian at the heart of the unlikely, if not miraculous, rescue.

When 338,000 Allied soldiers wound up stranded on the beaches of Dunkirk in late May 1940—nearly all escape routes cut off—it was widely accepted that very few of them would be saved from the approaching German army. Clouston, a British Royal Navy officer from Montreal, took charge of the mission dubbed Operation Dynamo, organizing and ushering soldiers along a pier on the beach to a flotilla waiting for them in the English Channel. Before the officer stepped in, Dunkirk was being evacuated at a rate of 50 men an hour; Clouston’s strategy and sheer effort upped that rate to 2,000 per hour—a pace he continued for five days straight. 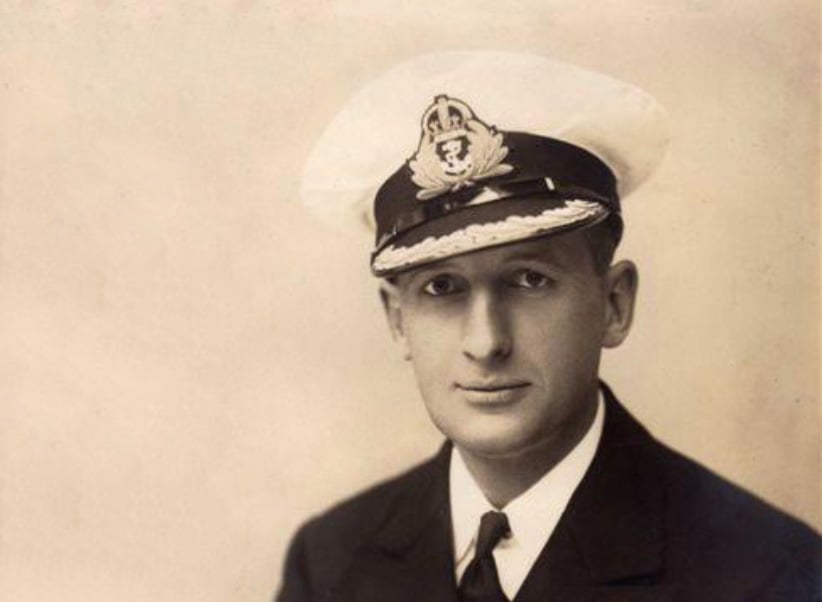 Clouston left on the sixth day to report to his vice-admiral in Dover, with the intention of returning to help finish the evacuation the following day. On his way back to Dunkirk—with a 30-man crew in two motorboats—his boat was bombed off the coast of France and he and the passengers were left clinging to the wreckage. The other boat continued to Dunkirk, but Clouston chose to stay with his crew and await rescue. All but one of them died of hypothermia. But close to 300,000 soldiers had rescued from Dunkirk by the end of the evacuation.

Despite his pivotal role during those fateful days, director Christopher Nolan decided Clouston’s name didn’t bear mentioning in the film, and that the character resembling the Canadian officer, played by actor Kenneth Branagh, should don a distinctly British accent. When Clouston’s 78-year-old son, Dane Clouston, inquired about why his father wasn’t mentioned, one of the producers (and Nolan’s wife), Emma Thomas, wrote him and said it was because the character was fictional and based on a number of different men.

“It sounds like the character is pretty faithful to Clouston, so I think it would be fair to name him, at least in the credits,” says Wilson-Smith, who is a former editor-in-chief of Maclean’s.

Of course, it isn’t Hollywood’s job to lionize our heros or other notable Canadians. That responsibility rests with historians and Canadian institutions with the reach and influence to share these stories and weave them into our collective history. 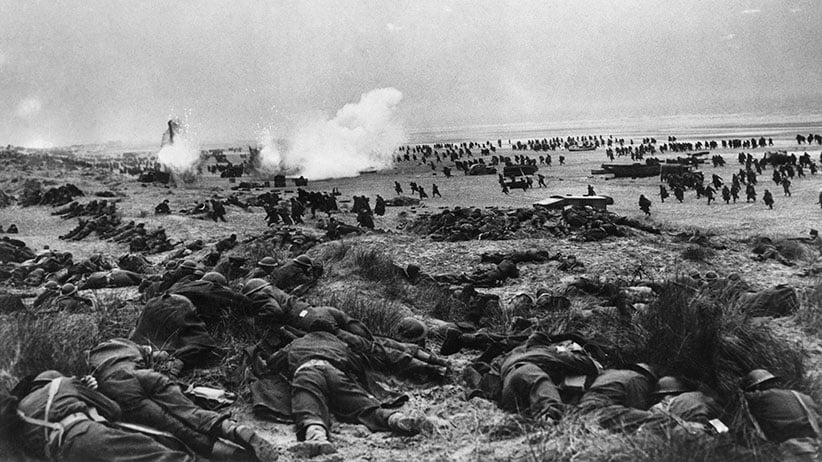 Dunkirk: 'The motliest armada that ever went to sea'

Wilson-Smith believes the reason Clouston has been swept under the historical rug all these years is because he was a Canadian exception at Dunkirk. Indeed, while there were a handful of Canadians involved in the rescue—including those commanding four Royal Canadian Navy destroyers—it was the British and French troops and their Belgian allies who were trapped at Dunkirk and eventually rescued. “We document on Canadians engaged in domestic and world events,” says Wilson-Smith. “For us, at Historica, we weren’t looking at Dunkirk, and so Clouston slipped through the cracks.”

He apparently slipped through the cracks at Canada Post, too. Canadian history buff Michael Zavacky told the Montreal Gazette this week that he’s lobbied for a commemorative stamp to recognize Clouston, but that his request was denied. Phil Legault, a media spokesperson from Canada Post, told Maclean’s that they received the request in August 2016 and denied it because the 2017 stamps had been finalized by then. “We did note in our response, however, that the suggestion would still be on our list and considered for future years,” Legault said in an email.

According to David Boyles, a British historian and author of the book Dunkirk, Clouston isn’t the only commander at the evacuation whose legend never was. “It’s true that he doesn’t play a huge role in the histories, and maybe he ought to, but the truth is that no one [from Dunkirk] does really,” says Boyles. “The mythology took over—what it said about Britain at the time, and what the British people thought it said about them, which was that they could turn things around, that they could do things informally, that they could defeat the Nazis.” 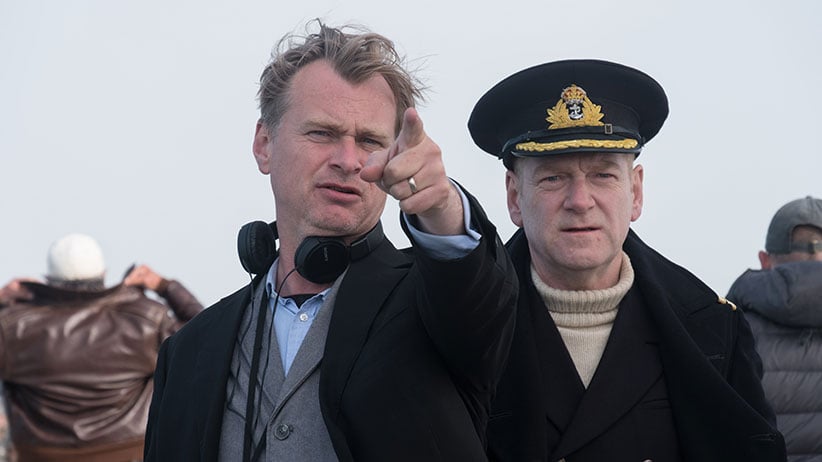 Branagh, right, on the set of Dunkirk with Nolan (Melinda Sue Gordon/Warner Bros.)

The other reason Boyles says Dunkirk isn’t always remembered properly is because the reality of the event is somewhat embarrassing, in that it shouldn’t have happened at all. It was poor strategy and miscalculation that landed the Allies on Dunkirk with no escape routes in the heat of the German invasion in Northern France. “It wasn’t hardly a snatching of victories. It was a defeat,” says Boyles. “It holds a peculiar place in the national psyche and was never properly celebrated here,” he adds. “It was too upsetting.”

As much as Canadians are chastising Nolan for not giving Clouston his due credit, there’s no question that the film has inadvertently done more to raise his profile than any action by the federal government, historians or the media in the past 77 years.

“I’m delighted to see his name come up, and certainly, we will do our best to make sure Canadians know about what he did,” says Wilson-Smith, that Clouston will likely be the subject of a piece in the Canadian Encyclopedia, and he’s not ruling out a Heritage Minute featuring Clouston. “There’s no question he’s a hero,” he adds. “He’s a Canadian hero.”

Correction: An earlier version of this story quoted Anthony Wilson-Smith as telling his son that Canadians weren’t at Dunkirk; in fact, he said Canadians weren’t involved in Dunkirk as a military force. The story has also been updated to note that James Campbell Clouston will likely be the subject of a piece in the Canadian Encyclopedia.