Chris Hyndman's death is a loss to the national family 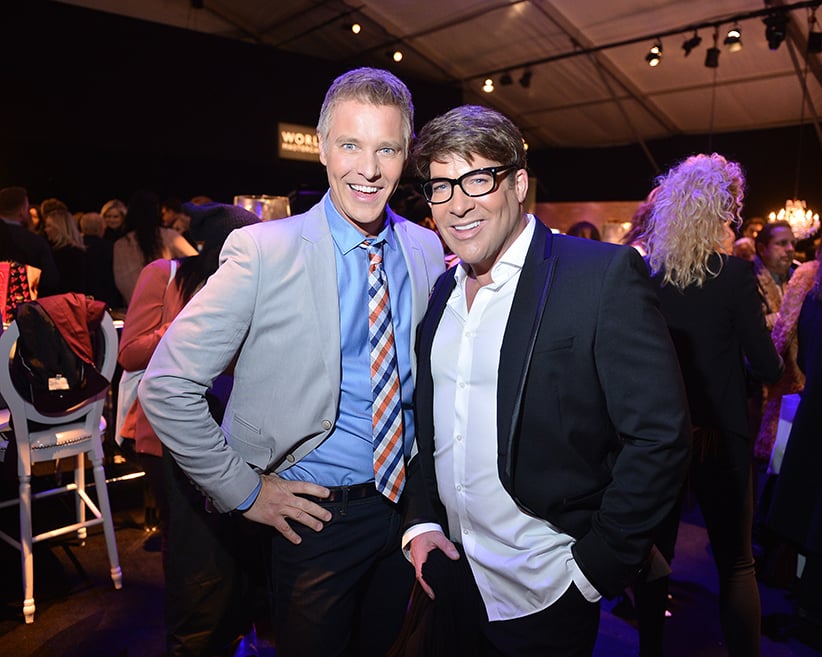 This morning’s news that Chris Hyndman had died at age 49 met with a national gasp of shock followed by disbelief and sorrow. Social media tributes poured in for the Ottawa-born, Newfoundland-raised Hyndman, a household name as the irrepressible half of design/lifestyle duo everyone knew as “Steven and Chris.” He’d  joked, mugged and charmed his way into the hearts of millions since the pair burst on the scene as the stylish-yet-friendly Designer Guys, which was also the name of their HGTV makeover show that debuted in 2001.

For the past eight years, the couple had brandished their signature style and chemistry as co-hosts of CBC-TV’s afternoon lifestyle show, Steven and Chris. Like all famous pop-culture couples, from Nick and Nora to Sonny and Cher, they knew their roles: Sabados was the focused, practical, hard-working one, Hyndman, the self-deprecating, avowed scatterbrain who emanated joy and delight with every breath he took.

Chuck Thompson, head of public affairs at CBC English services, announced Hyndman’s death this morning. Few details have been released. Toronto Police confirmed his body was found in a Toronto alley last night. No cause of death has been given; there is no ongoing criminal investigation.

Intensifying the sense of loss is the fact that Hyndman was half of a beloved professional-personal duo, a rare occurrence in Canadian popular culture. The two men had been together since meeting in a Toronto bar in 1988 when both worked for CityTV, Hyndman as a makeup artist. They moved in together three months later. Their design company, the Sabados Group, was founded in 1992. But TV, beginning with appearances on CityTV, was their calling. Designer Guys was followed by Design Rivals and So Chic with Steven and Chris.

I interviewed the pair for a magazine profile a decade ago, a process that involved hanging around with them for a couple of days. They were as charming and entertaining off-screen as they are on. What struck me most, though, was their thoughtfulness and kindness—and the mutual affection and respect they had for one another. It was that, as much as their acumen in selecting ebony flooring and sectionals, that underlied their huge popularity.

That Steven and Chris were gay was a fact, never a billboard; they didn’t come out openly as a couple until 2008, which, in its own way, became a political statement. In a 2013 profile of the two by Xtra, a now defunct Toronto gay newsmagazine, they were called “Canada’s gay-lifestyle-TV guru couple.” In it, Hyndman recalled getting hate mail from the community for not being more open. It hurt him, he said. In the same story, both men discussed being bullied as children. “When I was a little kid living in St John’s, suicide was on my mind a lot, because I had nowhere to go when I was 12, 13, 14, to talk about it,” Hyndman said.

The couple returned yesterday from Barbados, a holiday captured on Instagram. The caption on the couple’s last post, a photograph of their outdoor terrace taken last evening, is lovely and now heartbreaking: “Happy to be home to see the patio in full bloom.”