The perils of rewriting the Inspector Gadget theme song 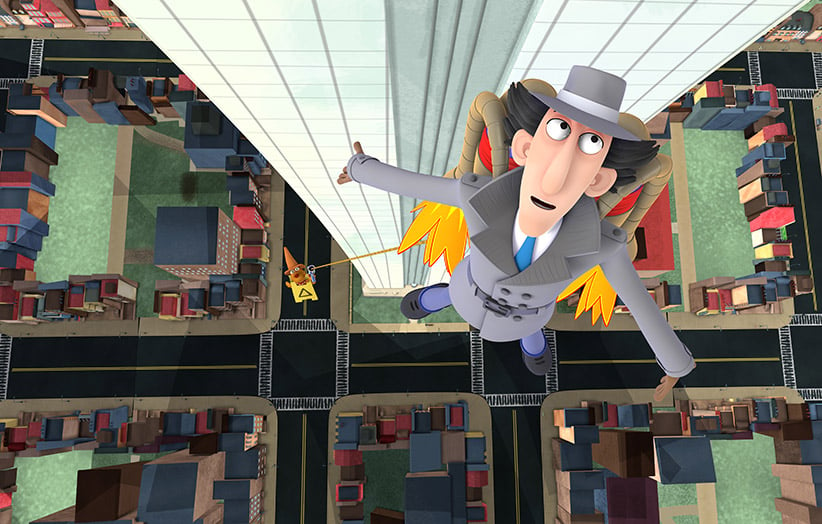 When the cartoon classic got an updated look, composers Skratt and Lenz were commissioned to write shorter and livelier opening music. (Teletoon)

When people first find out Stephen Skratt writes music professionally, the next question, inevitably, is if they would recognize any of his work. “Over the years, you develop a quick answer that is ‘probably not,’ ” Skratt laughs.

Along with his film and TV composing partner, Asher Lenz, the pair’s credits include creating music for kids cartoons like Justin Time to the Canadian documentary about the Iranian hostage crisis, Our Man in Tehran, not to mention an abundance of other films, lifestyle TV and live action shows. (Their most famous work—at least in our office—is their music for Maclean’s books podcast, Bibliopod.) But nothing on their resumé stood out to the masses at dinner parties. That is, until last year when they started telling friends they were writing music for a CGI-animated reboot of the classic cartoon Inspector Gadget, which launched this September in Canada.

Music, while a vital part of any movie or TV show, is often a forgotten element when fans gush or groan online about actors or plot lines. Not so with Inspector Gadget. Skratt and Lenz knew the new intro music would be replacing a classic, making it “one of the more daunting missions you could have in this country,” Skratt explains. It’s “a losing proposition because everyone was going to mumble and complain about it not being the original.” In the world of cartoon music, it was Mission: Impossible.

When Netflix (which carries exclusive rights to the show in the U.S.) released a preview of the show in March, the online commenters almost exclusively weighed in on the new music. “Negative five points for the really annoying, generic pop punk theme music,” wrote one user. “Man, could you imagine if they changed the Star Wars theme to [Billy Joel’s] Uptown Girl?” offered one more. “I’m not going to call it terrible, but it is, frankly, a huge disappointment to me,” wrote Norwegian blogger Marius Hestness on his long-running fan blog, Next Time Gadget. “And here is why: ‘It’s not the original composition.’ ”

The feedback doesn’t bother Skratt. He loves the ’80s version too. “Who doesn’t?” he says. “The original is awesome.”

The classic opening theme song came from Shuki Levy, an American composer famous in children’s television. Anyone who remembers the opening sequences to Power Rangers or Digimon has heard his work. Levy based his Inspector Gadget song on In the Hall of Mountain King, by the Norwegian composer Edvard Grieg.

But in today’s faster-paced children’s TV environment, Levy’s classic song seemed, well, too classic. “The old version, if you listen to it now, there’s definitely a high degree of nostalgia but it doesn’t have a lot of energy per se,” Lenz says. “It doesn’t sound competitive with other songs you’ll hear for other network shows.” Not to mention that the introductory sequence in the original Inspector Gadget was one minute and 10 seconds long, an eternity by today’s TV standards. “We had to really pressure our commissioning executive to give us 45 seconds,” says Phillip Stamp, vice-president of DHX Media and the person at the helm of the show’s reboot. “That alone was one of the things that dictated the need for a new opening.”

With an updated look, feel, tone and pacing to the reboot, DHX wanted a new song too, but one that would pay homage to the original score by once again using In the Hall of the Mountain King as inspiration. “No pressure, but you need to recreate some magic that goes with 30 years of a globally known brand,” Stamp says with a laugh.

“I hope that the fans of the original understand that it was done with a lot of love and affection for the original,” Stamp adds. “But also understand that if you were born in the ’70s or early ’80s, the show isn’t really for you. It’s for kids.” And kids won’t know what they’re missing.