The formula for who should do the dishes

Economic theories applied to housework can save a marriage 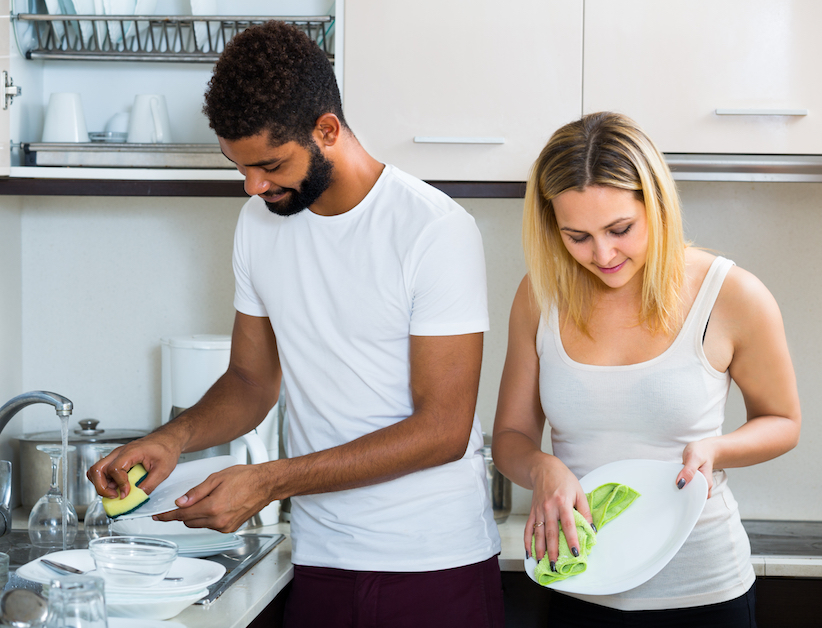 What happens when you apply cold economic principles to heated marital problems? According to the authors of Spousonomics: Using Economics to Master Love, Marriage, and Dirty Dishes, you get logical solutions that work for everything from resolving quarrels in the kitchen to a lack of activity in the bedroom. “Spousonomics doesn’t require you to keep an anger log, a courage journal, or a feelings calendar,” write the authors, Paula Szuchman and Jenny Anderson, who have covered financial meltdowns and interviewed economic heavyweights like Tim Geithner and Hank Paulson for The Wall Street Journal and The New York Times.

Spousonomics, they say, is about using time-tested theories like Adam Smith’s idea that businesses thrive when employees have specialized tasks, and then applying that to fight-prone areas of marriage such as housekeeping and tending to the kids. But how should a couple decide who is best suited to the tasks of laundry and vacuuming? For answers on that, the authors turned to British economist David Ricardo’s theory of “comparative advantage,” which, as the authors explain it, suggests “it’s not efficient for you to take on every single task you’re good at, only those tasks you’re relatively better at compared to other tasks.”

To show how it works at home, the authors present Eric and Nancy, “a case study in how a bad division of labour can harm an otherwise well-matched couple.” It used to be that Eric and Nancy split household chores strictly 50-50, and not according to who did which job best. If Eric cooked dinner one night, Nancy cooked the next night. The trouble was, “everything was a debate,” says Nancy. If Eric was chopping onions for the lamb tajine, for instance, he’d boil over at seeing Nancy sitting watching Law & Order. “Wait a minute,” he’d think, “why am I spending all this time on a fancy meal when all she ever makes is mac and cheese?”

“We spent so much time fighting over who was doing more, it’s amazing we got anything done at all,” says Nancy. Eric agreed. “I knew we’d have to stop keeping score,” he said, and so they started dividing things according to comparative advantage.

In a chapter called “Supply and Demand,” the authors head to the bedroom, revealing the fact that 54 per cent of respondents to a survey said they want more sex and they’re not getting it. “Lower the cost,” advise the authors, and “the quantity demanded will rise almost instantly.”

To “lower the cost,” they suggest being more transparent. “This includes things like not making the other person guess whether you’re in the mood.” The authors advise sending “informative signals about exactly what you want and when you want it.” Also, “reset your habits,” they suggest. “When we’re newlyweds we tend to have good sex habits. Then life gets complicated… and we get out of the habit.”

Connor and Lindsay did just that. “Connor suggested they set a sex goal of three times a week, and for the next few months forced themselves to stick to it. We’ll admit it: when Connor first told us about Operation Hat Trick, we were skeptical, too,” write the authors. “Three is a big—some would say insurmountable—number in a busy post-honeymoon life.”

But once Connor and Lindsay committed to three times a week, “they found ways to make it happen.” Often, they had sex before dinner. “They realized if they waited until after the meal, and after they’d done the dishes, and after they’d paid the bills and started the to-do list for the weekend, they were way too tired. But if they did it before, they were motivated by hunger to get the job done.”