Why the Grammys need to stop putting America first

Opinion: With Latin, K-Pop and Bollywood artists having huge influence around the globe, the Grammy Awards need a rethink to become relevant again 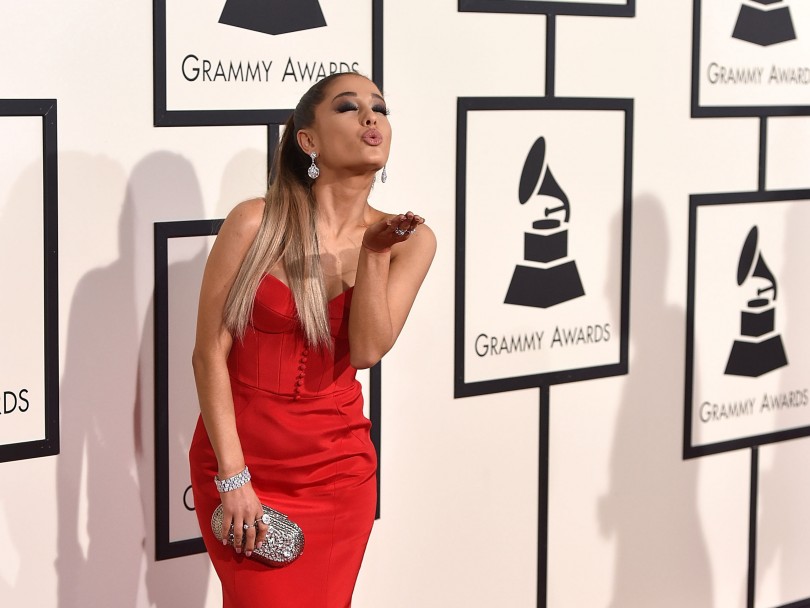 For 60 years, the Grammy Awards show has kept enough people watching—or hate-watching—to call itself “Music’s Biggest Night.” The battles that have played out, where skeptical gatekeepers have resisted the infiltration of new movements and styles—and the cultures they represent—have resonated widely. And yet, the most buzz the 61st edition (on Feb. 10) has generated thus far has been about how the biggest name on the Grammy bill, Ariana Grande, won’t be performing after all. Could it be that the world has finally outgrown the Grammys?

At a time when the U.S. is geopolitically isolating itself, its cultural dominance—which gives the Grammys their sense of global legitimacy—is ebbing away. Likewise, their emphasis on artists who perform in English, and whose careers are based in mainland America, is starting to seem parochial.

READ: How Matthew Lien took a musical revolution from Yukon to Taiwan—and back

Although the Recording Academy, whose voters choose the Grammys, is a U.S. organization, the awards have never formally acknowledged borders. In fact, the very first Song of the Year award, in 1959, was won by Italian artists Franco Migliacci and Domenico Modugno for “Volare,” while Modugno’s recording of the song won Record of the Year. But apart from The Beatles’ “Michelle,” with its French chorus, no other song sung in a language other than English has captured the Song of the Year trophy since. As for Record of the Year, only Stan Getz and Astrud Gilberto’s part-Portuguese “Girl from Ipanema” has joined “Volare.” Even the global smash hit “Despacito” was shut out last year. Leaving aside genre-specific categories such as Best Latin Pop Album and Best Classical Solo Vocal Album, the awards have been an essentially unilingual affair.

In part, this simply indicates how the Grammys—or at least the all-genre “General Field” categories—tend to be U.S.-based popularity contests. But the U.S. pop charts are no longer the worldwide bellwether they used to be. Even as American music has (with some help from Canada) had a huge stylistic impact around the world, with the kind of singing/rapping pop/hip-hop hybrid favoured by Kanye West and Drake adopted and adapted by artists everywhere, the popularity of these newer exponents has started to rival that of their influences.

This is largely due to the universal roll-out of streaming services, which have eclipsed physical product as a means of disseminating (and monetizing) music. They have boosted not only the kind of artists the Grammys are keen to promote, but also emerging stars who perform in other languages.

READ: The Christian music star who came out and lost her career: ‘It was immensely painful’

The list of 2018’s top 10 music videos on YouTube, by far the world’s biggest streaming service, is eye-opening: Drake is at No. 8 with “God’s Plan,” and Maroon 5 (featuring Cardi B) at No. 3 with “Girls Like You,” but the other eight videos are all in Spanish. The chart was topped by the seven-minute Puerto Rican reggaeton posse cut “Te Boté (Remix)” by rappers/singers Casper, Nio García, Darell, Nicky Jam, Bad Bunny and Ozuna. So popular is Ozuna that he features on three of the other top 10 videos—but at the Grammys, he’s nominated for nada. Of the Spanish-language artists on that YouTube chart, only Bad Bunny (a.k.a. Drake collaborator Benito Antonio Martínez Ocasio) figures in the nominations, with a Record of the Year nod as a featured artist on “I Like It,” Cardi B’s Spanglish hit. And only Colombia’s J Balvin (also known for last year’s “Despacito”) will perform at the Grammys, as a late addition to the roster for the multi-artist opening number—a trademark Grammy “mashup” involving legacy artists (Ricky Martin and Arturo Sandoval), along with younger Latin-American counterparts (Balvin and Cuban-American singer Camila Cabello, plus Young Thug, who features on Cabello’s hit “Havana”).

In fairness, this mashup could serve as a Grammy statement of intent, an acknowledgment of the startling global popularity of Latin artists—even a timely reminder of the devastation wrought by Hurricane Maria and Puerto Rico’s ongoing struggle to recover. On the other hand, it risks coming across as, “Here’s a brief, tokenistic crossover medley by the type of artists you’ll see if you watch the Latin Grammys each November.”

Meanwhile, the rise of K-Pop is at worldwide phenomenon but at best a footnote at the Grammys. All-singing, all-dancing South Korean artists are dominating Billboard’s Social 50 chart—a measure of which artists’ fans are most active on social media—and the Seoul septet BTS has sat at No. 1 for a mind-blowing 82 weeks and counting. BTS sells out arenas around the world, and yet, its one Grammy nomination is for “Best Recording Package.” The group has recently been added to the telecast, as the sole K-Pop act to be present—but only as presenters.

As streaming services roll out into more and more countries and as Internet infrastructure grows, it’s inevitable that more international artists will join the fray. Already, India is a force to be reckoned with on the YouTube Global Top Artists music chart—mostly because of Bollywood playback singers whose vocals are lip-synced by actors—but the No. 1 artist in the world (as of the week of Jan. 25), Neha Kakkar, is also a performer in her own right—and nowhere to be seen at the Grammys.

Of course, it takes a long time for a venerable institution to turn itself around, and this year, the Recording Academy has begun to take positive steps. As recommended by its “task force on diversity and inclusion,” it has increased the number of nominations in the General Field categories (from five to eight) and, despite president Neil Portnow’s staggeringly tone-deaf assertion last year that women needed to “step up,” it has enlisted Alicia Keys to host, welcomed many more women nominees and—even after the Ariana Grande debacle—brought in more women performers too.

From here, the Grammys must embrace the world—including the U.S.’s own oft-neglected territory in the Caribbean Sea. They needn’t be the music Olympics—although rap battles for trophies, or duelling Best Improvised Jazz Solos, would be enticing—but to stay relevant, they should stop putting America first.