'A huge disappointment:' A dairy farmer reacts to the USMCA

Every time the government gives away part of the market, says B.C.'s Dave Taylor, 'it destabilizes what supply management is all about' 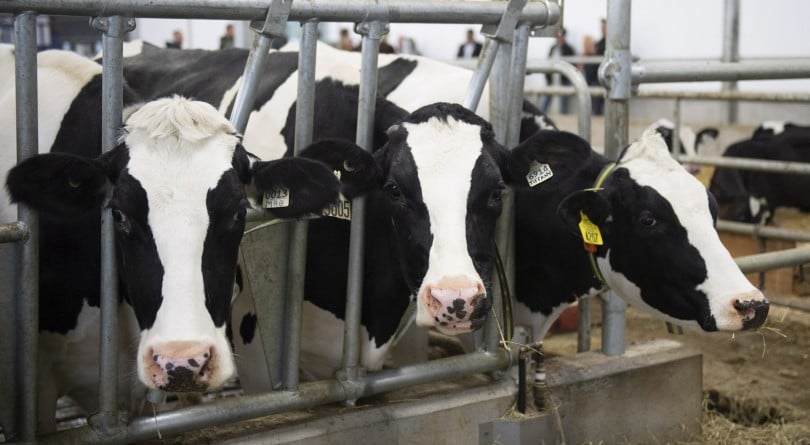 The Canadian dairy industry is anything but pleased with the USMCA agreement, a deal signed in the waning hours before a White House deadline, bringing an end to nearly 14 months of negotiations. Not long after, the Dairy Farmers of Canada came out with harsh words for the agreement—which conceded to U.S. producers more access to the Canadian dairy market, while scrapping so-called Class 7 pricing on ingredients produced north of the border. They say it sacrifices the lives of this country’s producers.

Dave Taylor is a dairy farmer in B.C.’s Comox Valley and the chairman of the B.C. Dairy Association. He spoke to Maclean’s writer Kyle Edwards about what the new deal means for the industry and its consumers, and what it could mean for the system of supply management in the future.

Q: First of all, as a dairy farmer, how do you feel about the USMCA trade deal?

A: When the story broke, you could say that in my household there was a lot of anger. Have I calmed down? A little bit. But really, the bottom line is that this is a huge disappointment. Once again, this is going to impact us on the farm, it’s going to impact our entire industry—right through to cows, jobs, processing and agriculture. It needs to be recognized that this is no win for Canada when it comes to agriculture or dairy in Canada.

Q: It’s frustrating for you.

A: In the last four years, we’ve given away almost two per cent to CETA [Comprehensive Economic and Trade Agreement], we’ve given away 3.25 per cent of our market away to the CPTPP [Comprehensive and Progressive Agreement for Trans-Pacific Partnership] and now we’ve given away another 3.5 per cent to the new NAFTA. Or I guess we’re calling it the USMCA now. The frustration level is high. Are we going to preserve Canadian farms or are we just going to give it away to foreign competition that doesn’t have to adhere to all the rules that we adhere to?

RELATED: How NAFTA was saved: The bitter fight and the final breakthrough

Q: What could this new deal mean for quota allotments?

A: Quota is all about access. Basically, they’ve just lessened the amount of milk produced in Canada. In order for me to maintain my cash flow on the farm, I may need to buy additional quota to regain that 3.5 per cent. I’m going to say it may end up being a supply-and-demand situation, and it may actually drive up the price of quota for Canadian dairy farmers. That’s my guess without knowing for sure at this point.

Q: Is there any guess on how much this deal might cost the dairy sector?

A: We have people that are working on that right now, to determine how much it’s going to hurt us. I’m not going to speculate on that yet, except to say that it’s going to impact us in a big way.

Q: And for consumers?

Q: B.C. is the third-largest dairy producer in the country, and has been very vocal about the impact this could have on the province.

A: It hurts our cash flow. It puts pressure on our businesses. And how that materializes for each farm will come out in the future in different ways. It also provides real insecurity. Every time we have given up market, it’s another hit to us. The impact on us as small businesses is significant. It will mean less cows on the farm and possibly less people working.

RELATED: The new NAFTA: This is every chapter in the agreement

Q: The U.S. successfully targeted Class 7—which priced milk ingredients like protein concentrates, skim milk and whole milk powder—because they believed it pushed them out of the Canadian market. What happens now?

A: It’s been a class of milk that’s priced competitively so that we can compete with U.S. milk that was coming into the country. You might remember that they called it ultrafiltered milk. It’s a product that they didn’t even use down there, they just produced it for the Canadian market because they saw opportunity. With the uncertainty surrounding Class 7, and as more details come out, this could have a huge impact on our whole industry. It will affect the processing in this country.

Q: The Canadian dairy industry has constantly defended itself by saying the problems in the U.S. are not its fault. What do you mean by that?

A: Absolutely their problem is overproduction—massive overproduction. They’re aggressively seeking foreign markets for their milk, and that’s why we became a target.

It’s a good speaking point for Trump. He can say, ‘I won, I got what we needed.’ But I don’t think it’s going to help the small farmer in the U.S.

Q: Already, the federal government is being criticized for not consulting with the dairy industry after months of saying they’d protect Canadian farmers. What does that tell you?

A: The federal government knew what they were doing. They had all the facts before them. They certainly know that this will impact our sector.

Q: The message throughout negotiations was “we will defend supply management.” What do these kinds of concessions mean to the broader system. Can it survive them?

A: They say supply management is still intact, but at what cost? Every time we take a market away, it is hurting us and it destabilizes what supply management is all about. There’s a lot of serious questions going forward as an industry. There’s already so many pressures when you run a small business and you’re farming: the weather, looking after your livestock and producing your crops. Now we have to add extra pressures—like government taking away part of our market, again.