Why Canada’s cement industry is crumbling 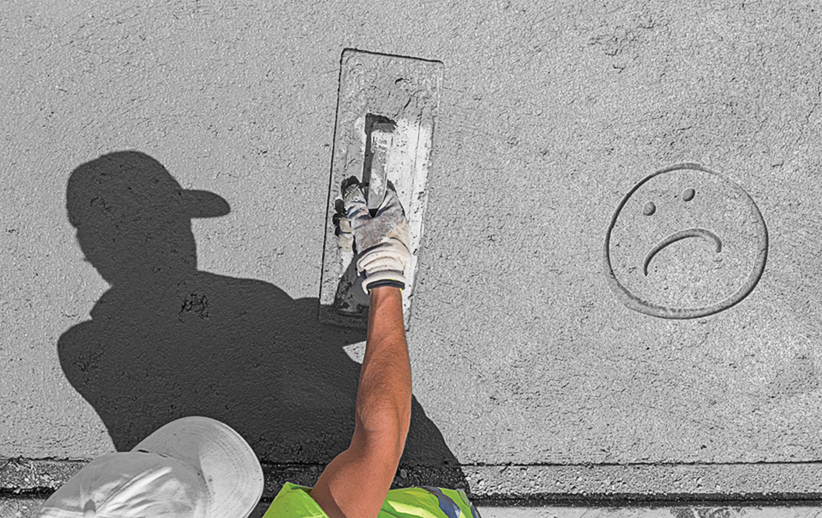 As with city hall and true love, you can’t fight chemistry. And that’s bad news for the cement business.

Cement—the ubiquitous binding agent that makes possible the concrete buildings, roads, sidewalks, sanitary sewers and all the rest of the grey, unseen infrastructure that forms the foundation of modern life—is produced by heating limestone and other materials to 1,450° C in a massive rotating kiln, at which point limestone breaks down into its constituent components of lime and carbon dioxide. The lime goes on to form cement powder; the carbon dioxide—38 per cent of limestone by weight—goes up the stack. Burning coal or petroleum by-products to generate the extreme heat necessary for this chemical reaction creates even more greenhouse gases.

For every tonne of cement produced, more than three-quarters of a tonne of carbon is released into the atmosphere. The industry accounts for more than eight per cent of global carbon emissions. This inescapable chemistry of cement and rising government action on climate change have conspired to push the industry into an existential crisis. It has also spurred the renaissance of a building material that concrete replaced more than a century ago.

Prime Minister Justin Trudeau and the premiers met last week to discuss a co-ordinated national climate change policy. Ottawa’s top priority is to establish a minimum Canada-wide price on carbon, either through a carbon tax, as is currently the case in British Columbia, or by a system of tradeable carbon emission permits, as Quebec, Ontario and Manitoba are pursuing. Either way, cement will get a lot more expensive.

“We believe there has to be a price on carbon,” says Martin Vroegh, director of environmental affairs at St. Marys Cement as he conducts a tour of his firm’s namesake plant in St. Marys, Ont. “But we have to be able to pass that on to our customers or it will kill the industry. It’s that simple.” In economic parlance, cement is an “energy-intensive, trade-exposed” industry. It emits a lot of carbon and faces plenty of competition from other countries, such as China and the U.S., that lack Canada’s commitment to fighting climate change. A carbon price above $100 per tonne—likely the minimum necessary for Canada to meet its obligations from the Paris climate change summit last year—would raise the cost of Canadian cement by about a third and threaten the survival of plants like St. Marys. B.C.’s current carbon tax of $30 per tonne led to a surge in deliveries of overseas cement and prompted a $22-million government handout last year to stem the bleeding.

“Cement has challenges,” observes Chris Ragan, the McGill University economist who heads Canada’s Ecofiscal Commission, a think tank dedicated to promoting carbon pricing in Canada. Ragan admits that cement, along with other trading industries, will likely require some form of shelter from foreign firms that don’t yet price carbon. This could take the form of cash payments, as in B.C., or a limited supply of free emissions permits under an emissions-trading regime. But Ragan insists any government protection must be temporary if Canada is to transition to a low-carbon economy. “In the long run, the industry will either have to change the way it makes cement or there will be substitution away from cement as a building material because it becomes too expensive.”

With their minds suitably focused, Canada’s cement producers have pursued a variety of options for lowering their prodigious carbon output. A new recipe for cement burns about 12 per cent less limestone and thus produces fewer emissions. There are also efforts to wean cement off coal by using scrap wood, shopping bags and other detritus for combustion. It may even be possible to funnel all that carbon dioxide and waste heat into something useful, like growing plants or algae.

The industry has also cultivated an aggressive lobbying presence with governments. And, perhaps surprisingly given its Earth-threatening carbon facts, it has made nice with environmental groups. The Cement Association of Canada boasts of a special relationship with Environmental Defence, which in turn says nice things about the role of cement in “green” infrastructure projects like transit and urban intensification.

Perhaps the biggest threat to the future of cement is coming from one of its oldest competitors. Building code changes now permit the construction of wood-frame buildings up to six storeys high in some provinces. Provincial policies specifying “wood first” as the building material of choice for certain government-funded construction projects add to wood’s appeal. And wood retains, rather than emits, carbon, giving it an edge on the climate change file as well. The result has been a recent boom in wood construction beyond single-family dwellings. Since B.C. changed its rules in 2009, more than 250 mid-rise wooden buildings have been completed, are under way or are in the planning stages.

“Prior to the building code changes, steel or concrete was the only way to go,” says Dana Westermark, a Vancouver-area developer who specializes in urban infill residential construction. “Now wood makes the most sense.” A mid-rise wooden building is nearly 30 per cent cheaper than concrete and 15 per cent cheaper than steel, he calculates. “You can build in any kind of weather, it’s lighter, and manpower is easier to come by,” says Westermark. “The carbon tax is simply making the case for wood even stronger.”

Emboldened by current successes, the wood industry is raising the stakes higher still with “massive timber” construction techniques. Using thick layers of wood glued together, it is now possible to go well past six storeys. In Quebec City, a 13-storey wooden condo development called Origine is currently in sales mode. When completed, this demonstration project will be the tallest wooden building in North America. As timber technology evolves, Westermark figures 30-storey wooden buildings may one day dot the skyline—structures that today would be built exclusively with concrete and steel.

Faced with the loss of a significant market, the cement, concrete and steel industries have fought back with their strongest suit: fire resistance. “Would you put your mother in a stick building?” asks Vroegh. A print ad from the concrete block association warns: “Wood first? First to go,” alongside a picture of what appears to be the burning of Atlanta. But in order to win approval for its Quebec City condo project, developer Nordic Structures constructed and burnt a three-storey mock-up at a federal government lab to prove it could withstand at least two hours of intense heat. It lasted three and a half hours. “There will be no difference between concrete and wood when it comes to safety, stability or acoustic properties,” says Nordic Structures spokesman Frédéric Verreault. He admits, however, that inorganic materials will always have their place in the wooden buildings of the future. There’s still no substitute for the concrete underground parking garage.