Over-50 entrepreneurs change the startup landscape

The sun never sets for boomers with a business 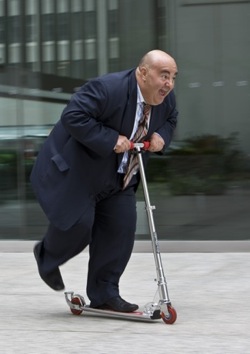 Retiring on an all-play, no-work schedule didn’t appeal to John Laing. Neither did golfing away his seventies. Instead, Laing says he was “looking for a way to reinvent himself” after retiring from a career in sales and marketing. People had always told Laing he was good with words, and he did have experience as a technical writer, so the decision was easy to make.

That’s when the 72-year-old joined Click Media Works, a communications company based in Mission, B.C., that provides digital media services to small business and corporate clients across the province. Its four-person team—comprised of three “baby boomers” and Laing—brings decades of expertise to their late-career venture.

And perhaps most importantly, Laing has eased into his retirement years on his own terms.

Laing and his colleagues are hardly alone. Across Canada, thousands of boomers and seniors have flocked to entrepreneurship in their golden years.

Canadians aged 50 and up have roughly doubled their share of the startup market in the past two decades, says a recent CIBC report. At the height of the recession, Statistics Canada found that self-employment among Canadians 55 and over had increased by more than 100,000 individuals. The agency also found that employed seniors in 2006 were three times as likely to be self-employed as workers aged 25 to 54.

“Without a doubt, when we’re looking at those demographics, we’re seeing older workers interested in taking advantage of the skills and expertise they built in their careers,” says Ben Brunnen, chief economist at the Calgary Chamber of Commerce. “Looking ahead, I see that trend continuing.”

But what’s driving the trend?

John Winter, president and CEO of the B.C. Chamber of Commerce, says that some “seniorpreneurs” are would-be retirees that fell on hard times during the financial downturn. Indeed, Laing says part of his motivation was financial. “In order for us to maintain a lifestyle that we’re used to, we basically need the income,” he says.

More than half of Canadians in their fifties plan on working after retirement age, said an August survey conducted for CIBC by Leger Marketing, and many of them for financial reasons. But there are other factors at play.

“If you’re physically able to work—as people are today with better health outcomes—a lot of people are just choosing to join the labour market,” says Francis Fong, an economist with TD Bank. “Their kids have left the nest, they don’t have much to do, so they go back to work.”

Earlier this year, Fong found that older Canadians were not only turning to entrepreneurship, but were flooding the labour market at large. Since July 2009, he found that Canadians aged 60 and over have accounted for about one-third of all net job gains, including sizable growth in the retail sector. In part, Fong believes these figures are a reflection of Canada’s aging population.

But it also seems that our late-career expectations have changed along with demographics.

For Laing, working longer than past generations isn’t just about money, but about fulfillment and purpose. “Retirement has no particular appeal to me,” he says. “And I’m having more fun doing this [job] than any other work I’ve done in my life.”