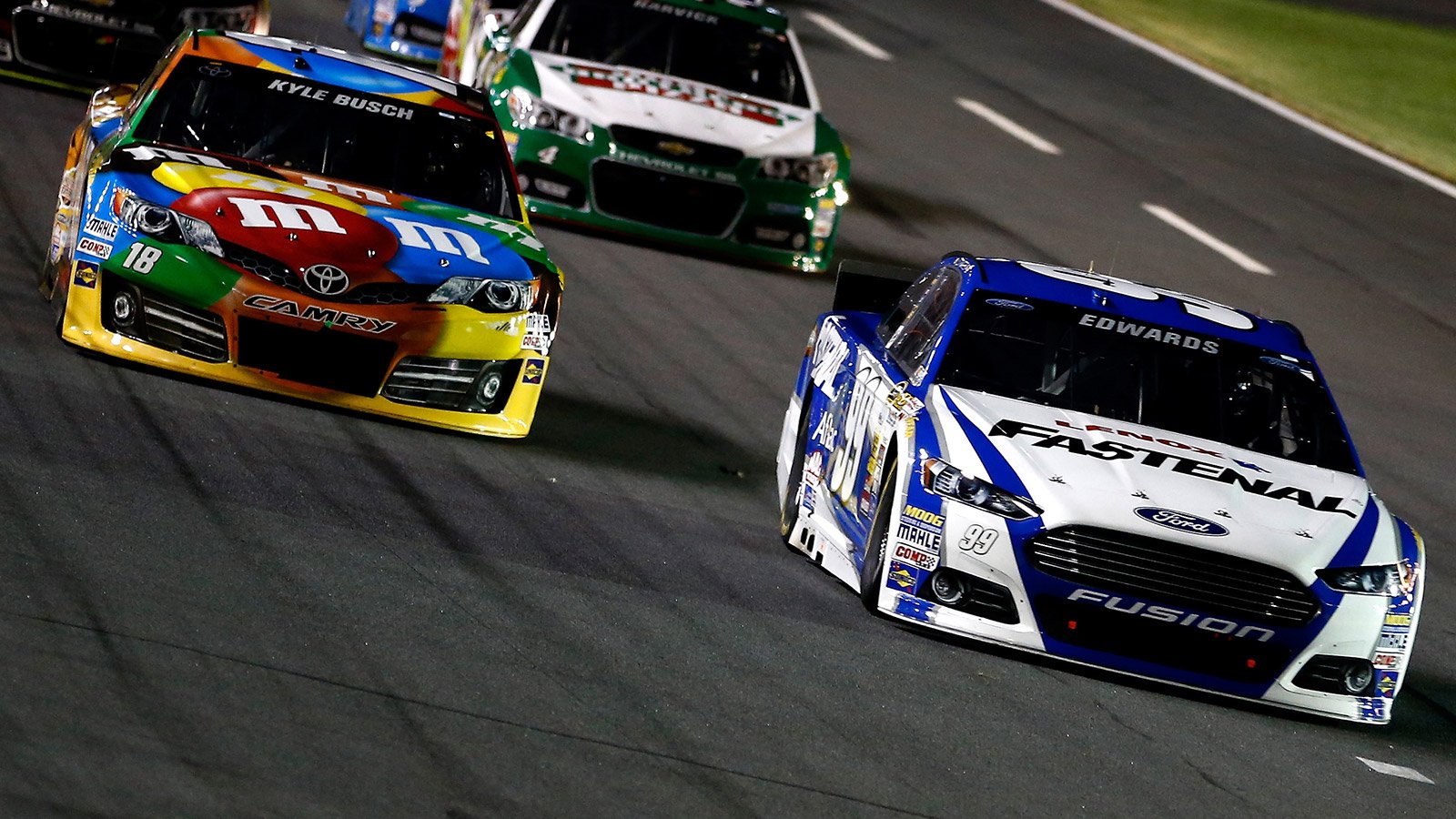 When Rick Phibbs finished high school in Fort Erie, Ont., in 1984, Madonna was at the top of the music charts and the lure of the nearby General Motors plant meant few of his peers worried about what to do after graduation. “You could step out of high school and there were a variety of places where you could take up employment,” recalls Phibbs, 49, president of the chamber of commerce in this town of 30,000 south of Niagara Falls. “Fast-forward 30 years and so much has changed. We’ve been extremely hard hit.”

The long-term hemorrhaging of southern Ontario’s automaking and skilled manufacturing jobs helped turn the economy into a key ballot issue during June’s provincial election, which delivered a large majority to Liberal Premier Kathleen Wynne. Now local business leaders like Phibbs hope the approval of the Liberal government’s budget this week will be followed by a new commitment to support a massive $400-million motorsports development project now winding its way toward final approval in the Niagara region. “It was a campaign issue here for us to get a provincial commitment for the infrastructure,” he says. “This is a $400-million direct investment [by the developers]. The potential is enormous and these opportunities don’t come to Fort Erie every day.”

The privately financed Canadian Motor Speedway project, planned as the first of its kind in the country, would have a 1.2-km banked oval track suitable for NASCAR racing as well as a 3.2-km road course and ancillary venues for auto research, retailing, hospitality and an outdoor professional-size hockey rink. The project’s Middle East backers say the raceway—billed as the “world’s first carbon-neutral speedway” because the facilities would run on energy that doesn’t produce greenhouse gas emissions—would dwarf all others in the country. Spread over 332 hectares of mostly former farmland, the project would be more than double the size of Canada’s Wonderland, the country’s largest theme park.

While the project has galvanized some local opponents over concerns about noise pollution and the development of green space, Phibbs says the project is key to stopping the flood of high school graduates leaving town for jobs in Saskatchewan and Alberta. “The general consensus among the business community within Fort Erie is that [the speedway] is a must,” he says. “There has been so much hope tied to this serving as the catalyst to lift up the area.”

The hope behind the planned speedway is that the world’s largest governing body for stock car racing, NASCAR, will sanction a major event in Fort Erie and serve as a magnet for tens of thousands of U.S. and Canadian racing fans. To accommodate the expected influx of 65,000 spectators, speedway backers have asked for a $60-million provincial investment to widen the area’s narrow municipal roads and improve off-site infrastructure.

But unlike the plot of the 1989 film Field of Dreams, where an Iowa farmer lured fans to a baseball diamond he created in a cornfield, speedway backers have no assurances (ghostly or otherwise) that if they build it, NASCAR will come. While the project’s backers have hired champion NASCAR driver Jeff Gordon to help design the track, the league’s sanctioning body won’t authorize any race without first seeing the completed speedway. And that means taxpayers are being asked to contribute with no assurance any world-class racing events will ever take place.

Still, the project’s backers, a Kuwaiti private equity firm called the International Investor (TII), and investment management company Emirates Consulting of Dubai, argue the diversified project will generate revenue from its extra features, even if the track itself fails to secure a NASCAR race. They are already seeing demand for the site’s proposed race-driver training institute and light industrial park aimed at motorsport suppliers, in addition to campgrounds and entertainment facilities. “For us, this is way more than just a track,” says Ibrahim Abou Taleb, a partner in charge of investment and finance at TII, the majority investor, and the CEO of Canadian Motor Speedway. “It is family entertainment. There are many different pieces put together.”

According to a 2008 consultant’s report commissioned by the speedway developers, the site would create about 3,000 direct and indirect jobs for the Niagara region, assuming it hosts three major events and five minor ones each year. By way of comparison, economic spinoffs from the Formula One Grand Prix in Montreal are estimated at $70 million, generating or maintaining 1,400 jobs. Three levels of government (municipal, Quebec and federal) have pledged a total of $187 million in support for that race over the next decade.

The prospect of new jobs in Fort Erie has generated local political support for the project. “Tourism is big in our area and the speedway would certainly help the industry grow,” says Wayne Gates, the recently re-elected NDP member of provincial Parliament for Niagara Falls.

The Liberals have not committed any specific amounts but say they have “planned improvements” to nearby arteries like the Queen Elizabeth Way and Bowen Road interchange. “We will continue to work with the owners of the speedway and the local municipality to make appropriate improvements so that the community and the province are able to benefit from the jobs and increased tourism that this exciting project has the potential to deliver,” says Ontario Minister of Economic Development Brad Duguid.

Yet the development of the Canadian Motor Speedway project bucks a bigger trend in the racing industry whereby owners modernize aging tracks rather than build new ones. And it shows the challenge the new speedway could face as U.S. NASCAR tracks grapple with declining attendance. NASCAR is the second-most watched television sport in the U.S., behind the National Football League. International Speedway Corp., which owns and operates 13 tracks across the U.S., just signed a decade-long broadcast rights agreement beginning in 2015.

But despite improved earnings during the second quarter of 2014, publicly traded International Speedway is also facing broader industry challenges, including a general slump in revenues since the economic crash of 2008, wrote Wells Fargo Securities analyst Tim Conder in a recent note to clients. Since its peak year in 2007, the company’s sales have fallen 25 per cent to US$613 million last year.

In Canada, NASCAR launched its Canadian Tire Series in 2007, with racing events held at oval tracks and on road courses in different provinces from late spring through early fall. In 2012, however, racing promoter François Dumontier pulled the plug on NASCAR’s Montreal event, telling reporters he failed to make a profit because he was unable to secure one of the league’s premier Sprint Cup races. Dumontier, whose company Octane Management filed for bankruptcy in 2012 with more than $5 million in debt, still promotes the Formula One Canadian Grand Prix in Montreal.

There are currently no NASCAR Sprint Cup events held in Canada, but Phibbs is convinced that the Fort Erie speedway will host the first. The speedway’s location near Niagara Falls and the U.S. border make it a good draw, he says.

Besides, the developers say, they wouldn’t have spent seven years and $14 million of their own money on a project that depends entirely on just one race. In addition to NASCAR, they want to attract other automotive events, such as the Indy Racing League. In planning since 2007, the speedway received final approval from the Ontario Municipal Board in 2013. This spring, the Niagara Peninsula Conservation Authority asked for supplementary information, and the developers must now provide additional studies.

Phibbs, who runs a family-owned paving business, says he believes the project is now in the home stretch. For all its benefits, though, he doesn’t expect the speedway to replace the high-paying auto jobs of his youth. GM employed about 9,000 people in Canada last year, down from 20,000 just over a decade ago. Still, Phibbs hopes the project will help fill restaurants, shops and create new industries by the time his youngest daughter is ready to finish high school.

“Who knows what this would mean for her in 10 years from now,” he says. “But if we keep the status quo, there sure isn’t a lot.”