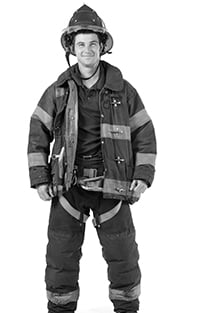 Eddie Francis, the mayor of Windsor, Ont., can count the number of murders his city has seen in recent years on one hand. Windsor recorded a single homicide in 2011, after famously going more than two years without one. But the border city is making headlines for another reason, and it’s hardly a source of civic pride. The number of Windsor police and staff who took home six-figure incomes came close to doubling in 2012. In January, an arbitrator awarded the police a hefty 12 per cent pay hike over four years, retroactive to 2011. As a result, 40 per cent of the force took home more than $100,000 last year. Crime may not pay. But in Windsor, fighting it sure does.

Across the river, Detroit’s highest-paid police officer—aside from the chief—took home US$53,000 last year, and probably had a much tougher job. With a violent crime rate five times the national average, Detroit in 2012 retained—for a fourth year running—its dubious title as America’s most dangerous city. Detroit’s chief of police earned $97,697, or less than half the $205,000 pocketed by Windsor chief Albert Frederick (which was about the same as Raymond Kelly earned as the police commissioner of New York City, one of the largest and busiest police forces in the world).

Jason DeJong, president of the Windsor Police Association, sees nothing wrong with a well-paid police department. Wage gains are deserved, he says, because they create parity with the province’s other large police forces. But with crime in steady decline, and police strength and wages going the opposite direction, it could also be that too many officers are policing too little crime in Windsor, and they’re being paid too much to do it.

Windsor’s police aren’t the only city workers earning big money, and the situation in the Ontario city is hardly unique. Civil servants in Europe and the United States have seen their pay slashed and jobs eliminated in recent years, but in Canada, government payrolls continue to grow, far outpacing inflation and their private sector equivalents.

In the past three years alone, the total number of provincially paid public sector workers earning six-figure incomes jumped a staggering 39 per cent in Ontario and 32 per cent in British Columbia—the two provinces that release so-called “sunshine lists” detailing the earnings of the highest-paid public sector workers. That number is inevitably growing as the years go by, and it’s true, of course, that a six-figure income is not the milestone it was 15 years ago. Nevertheless, hefty raises and generous pensions and benefits have public sector workers earning, on average, 12 per cent more than their private sector counterparts nationally, according to new research by the Fraser Institute. Canadians working in the private sector are not seeing their incomes keep pace. By some measures, their wages have fallen 30 per cent. The result is an unprecedented shift among those who earn the most money in Canada, where the average income is $38,000, and a $100,000 income puts you in the richest six per cent of the population.

With an average income of $83,500, schoolteachers in Ontario now earn the same as the average lawyer in that province, according to the treasurer of the Law Society of Upper Canada. Canada’s teachers are the best-paid in the world after only Germany’s. As Ontario’s sunshine list shows, it’s not uncommon for teachers to make more than $100,000 (88 in Hamilton alone in 2012, up from 21 the year before). And while lawyers have to fund their own retirement, teachers in Ontario have one of the country’s richest pension plans. It pays 70 per cent of their top earnings, and some begin claiming it as young as 53.

In Canada, the good life no longer belongs only to those who graduated from competitive professional programs, or built their own businesses, or came into family money. It now belongs to those who take stable and well-protected government jobs. But, as in Europe, where bloated public sector payrolls have brought down governments, in Canada, too, these trends are coming home to roost.

Francis, the Windsor mayor, is a lawyer whose Lebanese parents opened one of Ontario’s first pita-bread factories after immigrating to the city in the early ’70s. He had a tough time swallowing the police raise, but it’s a looming firefighter raise that’s keeping the three-term mayor “awake at night.” Windsor’s firefighters have been without a contract for eight years, while an arbitrator decides their fate. Francis knows he’ll walk into his office one morning to be dealt a bill for several million in back pay alone. He just doesn’t know how Windsor will pay it. 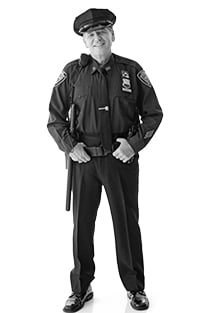 Since police, firefighters and paramedics—so-called essential workers—aren’t allowed to strike, the task falls to an arbitrator when municipalities can’t arrive at a new agreement. By now, says Alberta labour expert Bob Barnetson, arbitration has become a reliable political trick, giving politicians an out—“someone to blame for costly pay hikes.” But police and firefighters in Windsor won’t even sit down at the bargaining table anymore, says Francis: their unions know an arbitrator will award a far more generous settlement than council.

Windsor, the epicentre of Ontario’s manufacturing crisis, had presented the arbitrator evidence showing a decline in local property values, high unemployment and poor fiscal health—all of it affecting the city’s ability to shoulder a costly police raise. But “the most important of all the governing criteria,” the arbitrator ruled, was giving local police what cops in Toronto and Ottawa were making. Whether Windsor could actually foot the bill was irrelevant.

Firefighters in Leduc, Alta., recently won a 15 per cent wage increase. There, a first-class firefighter with three years’ experience now earns $92,303 per year. Meanwhile, in Ontario, 24 of Owen Sound’s 29 firefighters earned more than $100,000 last year. So did 53 of Belleville, Ont.’s 62 firefighters.

Labour experts such as the University of Western Ontario’s Michael Lynk says municipalities “have choices,” including hiking property taxes to offset growing wage bills. Indeed, Scugog Mayor Chuck Mercier is being forced to raise taxes by two per cent to cover the firefighters’ raise. The town’s median income, meanwhile, is less than half what firefighters now earn. Mercier says he doesn’t have a choice. Services can’t be cut any further. The town was faulted in a recent civil case. Its roads, the court ruled, aren’t up to standard.

For the past three decades, organized labour has actually been in retreat. In Canada’s private sector, the percentage of workers in labour unions has dropped to just 15.9 per cent, from 33 per cent in the ’80s. In the U.S., it’s down to 6.6 per cent. But public sector unions have never been bigger or stronger, particularly in Canada. Union density among Canadian public sector workers has soared to more than 75 per cent, from just 12 per cent in 1960.

Their power is rising in step with membership. With 618,000 members and an annual budget topping $169 million, the Canadian Union of Public Employees (CUPE) has the ability to shut down major Canadian cities. David Miller and Sam Sullivan, the former mayors of Toronto and Vancouver, were both chased from office after being blamed for crippling municipal strikes.

The strength of public sector unions has clearly helped fuel outsized wage gains. In Hamilton in the last decade, wage increases for unionized emergency workers have almost doubled those for non-union city staff, increasing by 38 per cent, versus 21.9 per cent for non-union workers. Incomes in the unionized public sector have grown so quickly, they can no longer be considered “remotely middle-class,” says Wilfrid Laurier economist David Johnson. Consider teachers. By the time an Ontario teacher hits his mid-30s, he is nearing the 90th percentile for wages, says Johnson—roughly $91,000 per year.

Even the most cursory analysis of B.C.’s recently released data on government employees earning more than $75,000 illustrates the growth both in incomes and the size of the government workforce. Four years ago, Abbotsford listed 69 employees (including police and school officials) with incomes topping $100,000. The number has since grown to 306. Some city workers have also seen huge pay hikes in that period. In 2008, Abbotsford’s chief constable, Bob Rich, earned $156,000. Last year, he took home $206,000.

At this point, landing one of these jobs is “like winning a lottery,” says Jason Clemens, executive vice-president of the Fraser Institute. The role of government, he adds, is providing services, not comfortable jobs with high pay. The gap between public and private sector wages may be even higher than the 12 per cent cited by the institute. When pensions are considered, it could be 20 per cent, says Bill Robson, president and CEO of the C.D. Howe Institute. Government workers, he adds, are accumulating “eye-popping wealth” through pension plans alone.

CUPE’s president, Paul Moist, argues those figures are flawed and don’t consider actual wages in similar occupations. Moist says there is only a small gap “largely based on more equitable pay for women working in the public sector.” Other critics note that the real problem is a failure of private sector wages to keep pace.

Still, what’s undeniable is the terrific strain now being put on public finances. From 2000 to 2010, Alberta’s public sector wage bill grew by 119 per cent, according to a recent study by the University of Calgary School of Public Policy. And it accounted for 95 per cent of the increase in provincial revenues. In Ontario, which is more indebted than even California, more than half of government’s costs now go to incomes and benefits.

The view of many labour experts that taxpayers can cover any budget shortfalls is muting the urgency of the problem. Across the country, payroll and pension obligations are set to continue rising at a stunning clip. The unfunded liability of the federal public service pension plan alone is slated to hit $300 billion this budget year.

Eventually, something will have to give: either it’s the relentless demands of government workers, or the solvency of many Canadian jurisdictions.