Tim Hortons, the Brazilian coffee chain that wants to be Canadian again

Jason Kirby: Tim Hortons has lost its grip on Canadian coffee drinkers and it's not clear its back-to-basics turnaround plan will win them back 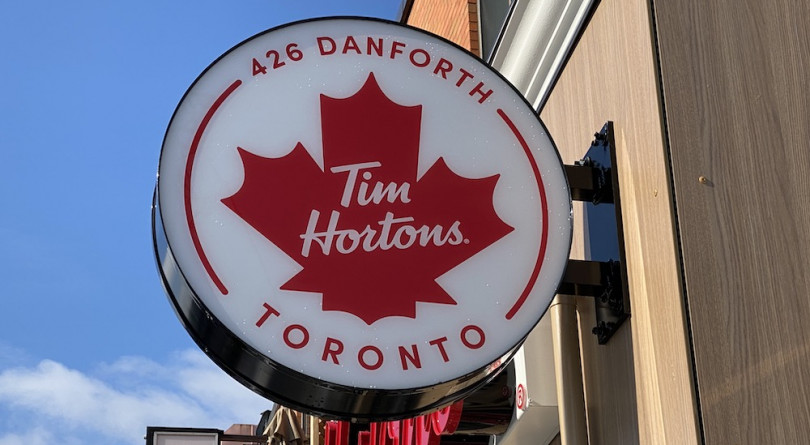 Tim Hortons has a serious Canada problem. Simply put, too many Canadians no longer think of Timmies as the folksy Canadian coffee and donut shop it once was. And they’re abandoning the chain in droves.

The latest financial results of Restaurant Brands International, the quick serve restaurant conglomerate that owns Tim Hortons, tell the bitter tale. In the fourth quarter same-store sales at Tim Hortons in Canada, a measure that tracks the performance of locations that have been open for 13 months or more, fell 4.6 per cent. The awful results in the last quarter were partly due to the large number of coffee giveaways through the Tim Hortons loyalty program, a rewards scheme the company now plans to overhaul, but this is a problem that’s been building over the past four years. Canadians have lost faith in Tim Hortons.

The company tried to put a positive spin on the news. “At Tim Hortons, our performance did not reflect the incredible power of our brand,” RBI chief executive officer Jose Cil said in a statement on Feb. 10, adding he sees “a large opportunity to refocus on our founding values.”

But the reality is the financial results at Tim Hortons perfectly reflect the sorry state of the brand. In 2018 Tim Hortons fell off the Reputation Institute’s list of the 50 most reputable Canadian companies (it had held the 13th spot in 2017). Likewise the annual brand reputation survey by National Public Relations and Leger charted a similar downfall. In 2018 Tim Hortons fell from fourth to 50th, and while it clawed its way back in 2019 to grab the 33rd spot, that still put it behind the likes of Subway.

None of this should be a surprise for executives at Tim Hortons or RBI. The company foresaw the risk of Canadians turning their backs on Tim Hortons from the very moment in 2014 when it was announced that Tim Hortons and Burger King would be smashed together to form Restaurant Brands, with Brazil-based private equity firm 3G Capital as the new company’s largest shareholder holding 51 per cent of the shares. “Our customers, employees, franchisees and fellow Canadians can all rest assured that Tim Hortons will still be Tim Hortons following this transaction,” then-CEO of the coffee chain Marc Caira said at the time, “including our core values, employee and franchisee relationships, community support and fresh coffee.”

Except that the dire warnings heard at the time—that the private equity firm’s slash-and-burn approach to corporate culture, employee head counts and food quality would have disastrous results—have all come to pass.

After gutting Tim Hortons head offices, the company found itself embroiled in high-profile fights and lawsuits with franchisees angry over changes to the company’s royalty structure, its cost cutting measures and how advertising funds were used. Last year the company settled a pair of franchisee lawsuits and while RBI’s CEO Jose Cil said on a conference call for its fourth quarter results that relations with Tim Hortons franchisees are improving, that will depend on whether the company can reverse its decline.

In recent weeks Tim Hortons executives have traveled the country meeting with franchisees to pitch their new vision for the company’s future. It effectively boils down to two backward-looking initiatives—more emphasis on Tim Hortons’ Canadianness, and a greater focus on basics like coffee, baked goods and breakfast.

Tim Hortons’ status as a cog in a global fast food conglomerate that’s in turn controlled by a Brazilian private equity firm has made it an easy target for the company’s critics, whether that’s those angry about its treatment of workers or those underwhelmed by the food. It hasn’t seemed to matter that Tim Hortons is actually becoming more Canadian in terms of RBI’s ownership structure, or at least, that it’s gradually become less Brazilian. 3G Capital has been dumping its shares in the company at a furious pace of late. Whereas it once held more than half of RBI’s outstanding shares, that’s now down to 32.1 per cent after a string of stock sales, including two back-to-back months where 3G unloaded a combined 41 million shares, worth roughly US$3 billion.

But what’s important is perception, and so Tim Hortons has embarked a rebranding campaign to convince Canadians Tims is still a Canadian icon. After years of complaints about leaky Tim Hortons lids, the company finally upgraded its cup caps last year, and made sure to have a large maple leaf stamped right into the plastic.

Its new stores in Canada also have the company’s name emblazoned across a maple leaf. And in case you’re still not getting the message, here is what the company’s chief corporate officer Duncan Fulton told Canadian Press last week: “We intend to start swinging back very hard everywhere that someone says that we’re not Canadian.”

Those toiling in the Tim Hortons patriotic-nostalgia department have also been working overtime. An ad released last November featured a montage of scenes from Tim Hortons locations in small towns across the country, culminating in the line, “If there’s a Canadian, there has to be a Tims.”

Then in December Tims deployed its heaviest nostalgia artillery yet with a TV spot titled “The autograph”—over tinkly piano music it told the story of how a young Wayne Gretzky got his favourite player, Tim Horton, to autograph a napkin at one of the donut chain’s early locations.

It’s far from certain this strategy of hitting Canadians over the head with nostalgia will work. For many young millennials and GenZers, two groups the company has struggled to attract to its locations, there’s little patriotic nostalgia for double-double days gone by—Tim Hortons has been owned by an American burger chain in one form or another their entire lives. It’s also safe to say linking hockey and Tim Hortons doesn’t resonate with younger Canadians the way it once did, with participation levels down and more having grown up playing soccer.

But it’s also true that Tim Hortons ad campaigns have never really let up on the idea that Tim Hortons is part of the Canadian identity, and that has not helped keep Canadians coffee sippers coming back, so it’s not clear doubling down on that message will make much difference.

Which brings us to the second plank in Tim Hortons’ latest turnaround effort.

When Tim Hortons executives went on the road last month to meet franchisees, they promised to return the chain’s menu to the basics of coffee, baked goods and breakfast fare. Franchise owners were thrilled. Having to train staff for a bewildering and ever-changing menu selection was costly and time consuming, and so no one was sad when Tim Hortons announced in January it was scrapping its bizarre foray into veggie burgers.

Cil, the CEO at RBI, offered a few more clues about what the company has planned on the food front during his conference call with analysts. Tim Hortons is rolling out new coffee brewers to improve the taste of the coffee, and will add skim-milk and non-dairy creamers to its offering. He also promised the chain is going to up the quality of its bacon and bread. “These adjustments may seem basic, but that’s the point: being the absolute best at the basics that we’re already famous for,” he told analysts.

The strategy of returning to the basics of coffee and donuts sounds simple, but it is at odds with the financial ethos of what Tim Hortons has evolved into over the past two decades—a low cost, rapidly expanding food chain with more than 4,300 restaurants across the country and growing. There’s a reason Tim Hortons moved years ago to shipping partially frozen donuts to restaurants, rather than preparing them in-house. There’s a reason the chain has gone madly off in all directions with new menu options for lunches, flavoured drinks and gimmick donuts. And there’s a reason the company launched 60 new products last year.

Coffee and donuts are a low-margin business, and competition in the quick serve restaurant sector in Canada has become brutally fierce. Chains like McDonald’s and Starbucks have stolen a large slice of the coffee market from Tim Hortons, forcing the company to chase consumers into unfamiliar territory. Meanwhile Tim Hortons has failed to find a way to be relevant to the growing cohort of younger, more health conscious consumers without alienating its core boomer customer base in the process. None of these trends are going away.

Tim Hortons may well be able to convince Canadians it’s no longer a Brazilian-owned chain, but winning over their hearts and wallets will take more than a trip down memory lane.