Why French's ketchup is here to stay (sorry, Heinz)

Wrapping your product in the Canadian flag is typically a desperate measure, with short-lived benefits. For French's, it's working. 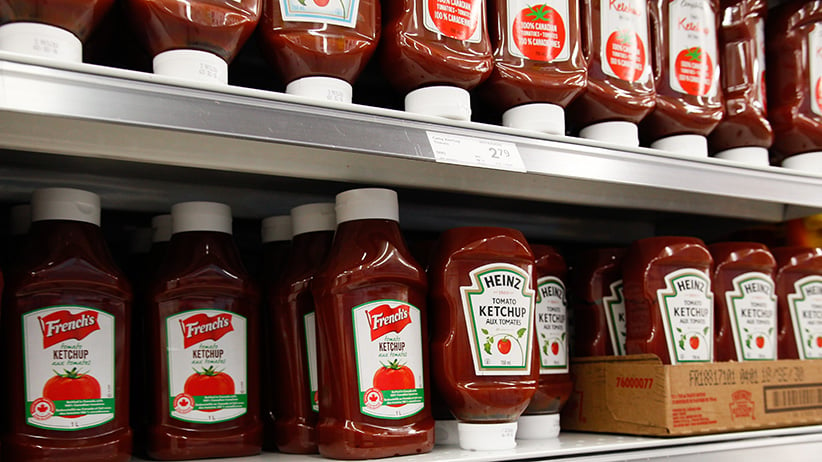 French’s ketchup sits next to Heinz ketchup on a grocery store shelf in Leamington, Ont., where French’s gets its raw tomato product (Photograph by Dennis Pajot)

In the beginning, it was mostly about punishing Heinz. Brian Fernandez, an average guy from Barrie, Ont., wrote on his Facebook page last year that he was boycotting the popular ketchup brand because the company had moved its operations out of Leamington, Ont. He was now supporting French’s, known for its mustard but relatively new on the ketchup scene, because it was using Leamington tomatoes.

It’d been almost two years since Heinz moved out of the “tomato capital of Canada,” leaving farmers and factory workers scrambling until Highbury Canco, a local food-processing company, took over the plant. Highbury reinstated some of those jobs—in part by doing business with French’s. And when Fernandez’s Facebook post went viral, it stoked a wave of jingoism in supermarket condiment aisles and provided a fleeting business opportunity for French’s.

Twenty months on, new numbers suggest the interloper has taken full advantage, cracking the Heinz stranglehold on Canada’s ketchup market by wrapping itself in the Maple Leaf. Through 2016, French’s market share stood at 3.2 per cent amid the national goodwill. This year—long after Canadians stopped talking about Leamington tomato farmers—its share more than doubled to 6.7 per cent, making it the second-most-popular ketchup in Canada, according to provisional 2017 data released in October from market research ﬁrm Euromonitor International.

Its growth has come almost exclusively at the expense of Heinz, still the leader in ketchup sales by a wide margin, but whose market share in Canada has dropped from 84 to 76 per cent over the past two years, according to Euromonitor. Primo, a Canadian-owned company using Leamington tomatoes, has held ﬁrm at two per cent over that period.

“When you’re talking about condiments, you’re dealing with a more loyal consumer base,” says Sylvain Charlebois, a professor of food distribution and policy at Dalhousie University. “You’re dealing with entrenched customer habits, so to double your market share is quite an accomplishment.”

Modest as a single-digit share might seem, it’s no small shift in the calcified world of ketchup. Back in 2015, the company’s piece of that business was so small that Euromonitor lumped it in with a host of discount brands categorized as “others,” while U.S.-based Heinz enjoyed a near monopoly in Canadian sales. As recently as early 2016, Loblaw Companies Ltd., which owns Loblaws, No Frills, Superstore and Zehrs, announced it was pulling French’s ketchup off its store shelves for what the grocery chain said was poor sales.

Loblaws’ move proved a tipping point, coming as it did after French’s made a point of supporting Canadian farmers. Catsup patriots rose up on social media, calling for a boycott of the grocery giant’s stores over its perceived lack of support for homegrown jobs. Loblaw quickly relented and promised to keep stocking French’s ketchup—so long as people started buying it. Restaurants jumped on the bandwagon, including the fast-food chain A&W. It was a good year for French’s—and for Leamington.

The question is whether Canadians will continue to express their national pride through condiment selection. When all this happened, French’s was owned by the British multinational Reckitt Benckiser Group, whose portfolio includes everything from Lysol wipes to Durex condoms. Reckett Benckiser then sold its vast food business, including French’s ketchup, to Maryland-based McCormick & Co. earlier this year for US$4.2 billion. All of which is to say: this is far from a Canadian company—and there’s no shortage of Canadian tomatoes to sell to competitors.

Yet French’s continues to drape itself in the Canadian flag—and Canadian jobs. Earlier this year, the company moved its bottle manufacturing from Ohio to Toronto for all the ketchup it sells in Canada (it was previously processing Canadian tomatoes in Leamington into paste, which it then shipped to the U.S. to be made into ketchup). And as it migrated some of its operations north, Canadians migrated toward the brand.

Nowhere has the sales shift been more visible than in Leamington. As Maclean’s toured the southwestern Ontario town in September, restaurants almost exclusively offered French’s or Primo, while Heinz was conﬁned to the supermarket, where a sale wasn’t always enough to convince many locals to buy it. 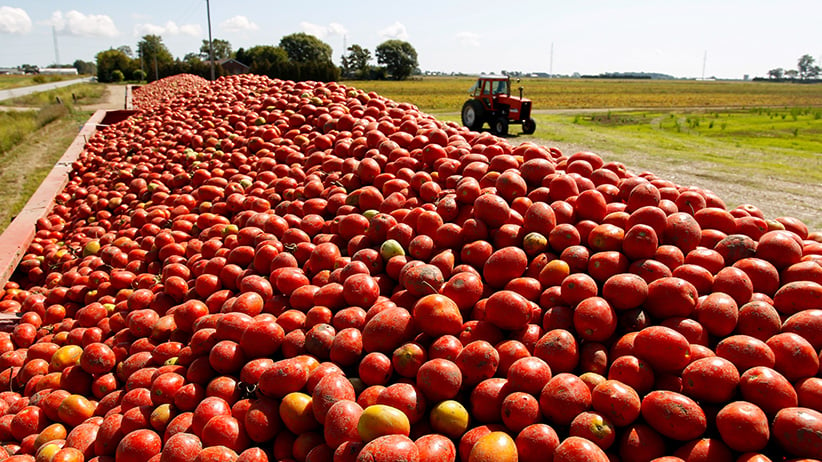 “Heinz is almost forgotten here,” says Scott Holland, author of A Century in the Making: History of Heinz Canada 1909-2009, a book commissioned by Heinz for Leamington’s centenary. “The loyalty definitely isn’t there. Before, the groceries would go out of their way to serve Heinz products. Now you go to the ketchup aisle and see all these other ketchups taking up the same amount of space. It seems strange to see three or four brands sitting next to Heinz.”

That’s not to say locals speak ill of Heinz. “For them to exit after 104 years, I understood people’s feelings,” says Mayor John Paterson. “But you can’t look anywhere in our town and not find a place where Heinz didn’t have a part in making a particular facility or a park. They were an excellent corporate citizen. You can’t rewrite that past out of your history.”

And Heinz is still a major part of the business for local tomato farmers. “I don’t have resentment toward them,” says Kevin Epp, who has an 80-hectare growing contract with Highbury Canco this year. “A quarter of what we grow goes to them.” It’s not going to ketchup, true, but it’ll be in their tomato juice or part of some other product.

Epp has a bottle of French’s ketchup in his fridge at home, because he knows his tomatoes could be in the bottle. Still, he wants people to know Heinz buys his tomatoes to put in their juice and some of their tomato paste. He doesn’t tell anyone which brand to support—what’s important is they keep using the delicious red fruit. “Any net gain in tomato consumption is good for the industry,” he says. “And what’s good for the industry is good for us.”