Canada must step up to defend a globalized world

Our editorial: Canada should play a greater role in combating the effects of the neo-tribalism of the 21st century 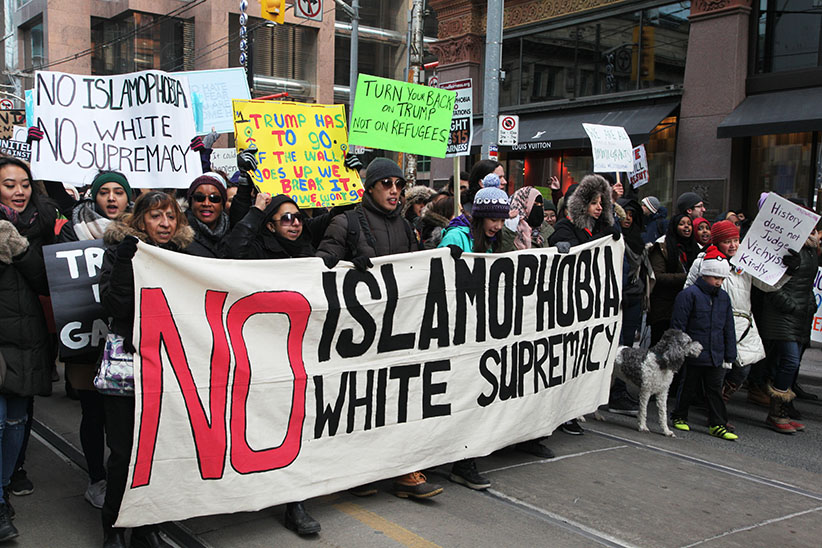 Last month, Canada Mortgage and Housing Corporation released a set of worst-case scenarios that could befall the Canadian economy. Meant to gauge the robustness of the crown corporation’s mortgage insurance business in a crisis, the list reads like of a menu of economic nightmares: another sharp drop in oil below $20 a barrel, a high-magnitude earthquake hitting a major Canadian city, a repeat of the catastrophic U.S. housing crisis of 2008 and a severe outbreak of anti-global sentiment around the world. And while it’s good news CMHC declared itself ﬁnancially ﬁt to tackle all potential calamities, the bad news is that the list’s most dangerous possibility also appears to be its most likely.

According to CMHC’s projections, a spike in anti-globalization caused by a protectionist swing in the U.S. and China would drastically curtail global trade and trigger a 15 per cent unemployment rate in Canada, along with a 31.5 per cent drop in housing prices. It is the worst outcome of the four horrors considered.

As gloomy as it seems, however, it’s not so far-fetched. Nearly everywhere you look the precepts of globalization—open borders, free markets, free trade, respect for human rights and international co-operation—are under attack. Evidence of this rising tide of anti-globalization includes last year’s election of Donald Trump and the Brexit vote, as well as recent successes by authoritarian and nationalist parties across Europe, plus the current unrest in Spain over Catalan separatism. Meaningful global trade negotiations around the world have essentially ceased.

READ MORE: Is Brexit the start of a new war against globalization?

Where globalization, trade and international co-operation deﬁned the post-war era of the late 20th century, the early 21st century is in danger of becoming known as a period of neo-tribalism. Closed borders, reduced trade, greater nationalism and deep suspicion of foreigners and foreign perspectives are all sentiments gaining in currency. The world grows more insular as nationalist politicians seek to convince voters the world consists of “us” versus “them.”

As a country with a remarkably diverse population heavily reliant on trade, Canada is crucially dependent on the beneﬁts of globalization. Life in the absence of NAFTA, for example, would be “catastrophic” for Canada, as Aaron Hutchins explains. The same goes for immigration, and its crucial contribution to our domestic economy. So what can be done to push against this ascendant tribal urge?

Globalization may have its faults, but it deserves a much stronger defence than it has received to date. The enormous reduction in worldwide poverty—the percentage of the Earth’s population living in hunger has been halved since 1990—is a direct result of open borders, trade and rising world food production. Upward mobility and economic growth in all countries is also increasingly dependent on global production chains, foreign investment and the rapid spread of new technologies. The striking absence of military conﬂicts between major nations since the Second World War is another tremendous beneﬁt arising from globalization and greater international co-operation.

Given the stakes, Canada must play a greater role in defending globalization at home and around the world. We need to become, as Foreign Affairs Minister Chrystia Freeland said earlier this year, “an essential country” in promoting international cooperation and human rights. Our economic success, the harmony of our diverse population and our willingness to embrace change and new ideas all stand in opposition to the malign forces of tribalism. We also need to take concrete action, including such things as Canada’s Magnitsky legislation, unanimously approved by the House of Commons recently, which establishes important global norms in the ﬁght against corrupt governments. With open borders, open markets and open minds, Canada is the solution to these increasingly tribal times.