COVID-19 has created a debt crisis for Canadian households

From debt consolidation to consumer proposals here are options to consider 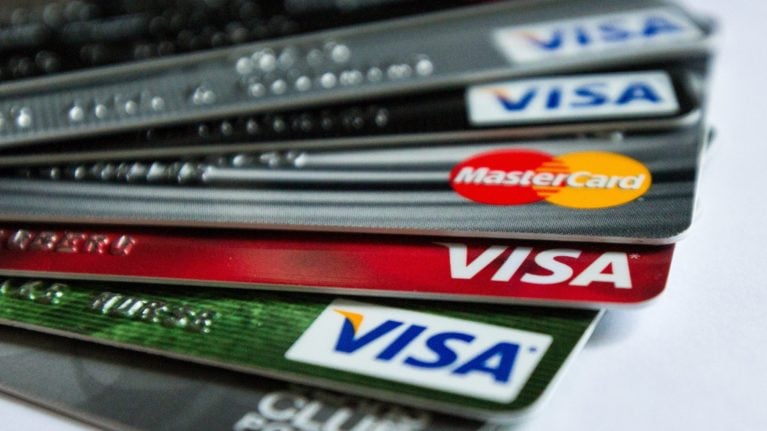 With about 10 million people receiving Canada Emergency Response Benefit payments so far, many Canadians are making a lot less money than they did two months ago. According to Statistics Canada, Canadians earned, on average, $4,383 per month at the start of 2019; those on CERB will bring in $2,000 a month. While it’s good to have some money coming in, that gap (and it will be a lot more for some) is going to be a major issue for out-of-work Canadians.

You don’t need to be a psychic to predict that over the next weeks and months, the country will see an increase in personal bankruptcies, while household debt is going to soar. Well before COVID-19, there was growing concern over the country’s personal finances, with debt-to-income ratios topping 176 per cent in the third quarter of 2019, which means for that every dollar of income we earn we owe $1.76. Consumer insolvencies, while rare relative to the number of people in Canada, topped 137,000 in 2019, a 9.5 per cent year-over-year increase. A 2019 survey from accounting firm MNP also found that 46 per cent of Canadians were $200 or less away from financial insolvency.

READ: How dormant websites could lead to a better understanding of the COVID-19 crisis

While that was alarming then, it’s far more troubling now. At least in 2019 most people had jobs, while their net worths were rising thanks to rising equity and housing markets. In early May, Credit Canada, a non-profit debt counselling organization, conducted a survey that found that 66 per cent of respondents would experience, or are already experiencing, a “severe financial crisis” due to a job loss or a cut in income. MNP’s latest Consumer Price Index also found that 46 per cent of Canadians are worried about their current debt levels, while 25 per cent of respondents said they’re unable to meet all their debt obligations every month – and this survey was done before the quarantine began.

While the difference between what people were making before COVID-19 and what they may be making now on the CERB will likely cause credit card and line of credit debts to climb, Canada’s real debt reckoning could come in the fall, when the mortgage and loan payments that so many people have deferred come due again. “I hope it’s not going to be the same kind of situation that the U.S. saw during the subprime crisis,” says Adriana Molina, a spokesperson with Credit Canada. “But the insolvency rate is going to skyrocket because those deferral periods are time limited. A huge cohort of people that will eventually need to pay up.”

With job losses on the rise, and the time frame for an economic recovery getting pushed out further and further (despite some places reopening), there’s a good chance that people who did defer still won’t be in a position to start paying their mortgages again. These issues aren’t exclusive to those who haven’t managed their money either. “There are people who pay their bills on time, their credit cards every month, didn’t have much debt and took on a mortgage in a financially sound way,” says Molina. “They had jobs, balanced their budget and didn’t spend beyond their means. All the sudden the rug has been pulled out from underneath them.”

So, what are you supposed to do if your debts are, or will soon be, on the rise? If you have an emergency fund, then tap into that, but Molina says most Canadians don’t have one. You could also cut expenses, though, at this moment, you’re likely not spending as much on discretionary costs, like eating at restaurants and going to movies. While that lack of spending could help you keep debt down, if you’re used to earning a decent paycheque and now you’re making less, your fixed costs, such as mortgage, utilities and car payments, could still be high.

It may be possible to consolidate your existing unsecured debts, such as credit card and line of credit loans, under a single debt and at a better rate, says Molina (Credit Canada specializes in helping people do that), or even get your mortgage lender or auto loan provider to permanently cut your interest rate rather than just giving you a break that you’ll have to make up later. (Getting rates cut on secured loans, such as a house, may be more difficult to do, but it’s worth a shot.) You could also refinance your mortgage at a lower rate – and mortgage rates have fallen since the crisis began – but depending on how much term you have left, that could be expensive.

If things get really bad, you could file for bankruptcy, where you may get absolved from paying your unsecured debts. However, a note about your bankruptcy will remain on your credit report for at least six years and that may make it more difficult to obtain credit in the future. An increasingly popular alternative to bankruptcy is filing a consumer proposal, arranged through a licensed insolvency trustee, which would see you pay creditors a share of what you owe them.

One option to avoid is payday loans. They sound great – payday lenders give you an immediate influx of cash, which you’re then required to pay back when you get some cash, but interest rates on these loans are exorbitant. A report from the Canadian Centre for Policy Alternatives said that payday lenders often charge an annual interest rate of between 391 per cent and 652 per cent, depending on the province. While there’s no evidence yet to suggest that payday loan use is increasing in Canada, it’s not hard to imagine a scenario where interest in these loans increase.

No matter how you look at it, for the next few months, if not longer, it’s going to be more difficult than ever for Canadians, and especially those who are out of work, to make ends meet. Cut your expenses by as much you can, try and get an interest rate reduction on secured and unsecured debt and then wait. At some point the economy will turn, the jobs will come back and your income will rise again.