Econo-metric: There was very little not to like about Canada's latest employment report, which saw 55,000 net new jobs created in May

Canada’s economy added 55,000 jobs in May, a strong increase, Statistics Canada reported on June 9. The unemployment rate rose to 6.6 percent because more people said they had started looking for work.

The trend: This is getting real. Canada has been adding jobs at a consistently impressive rate for a year. The May number was the third biggest increase in the past five years, according to Bloomberg News. Over the past seven months, the number of prime-age workers in full-time jobs climbed by 196,000, the largest gain in 20 years, according to National Bank. 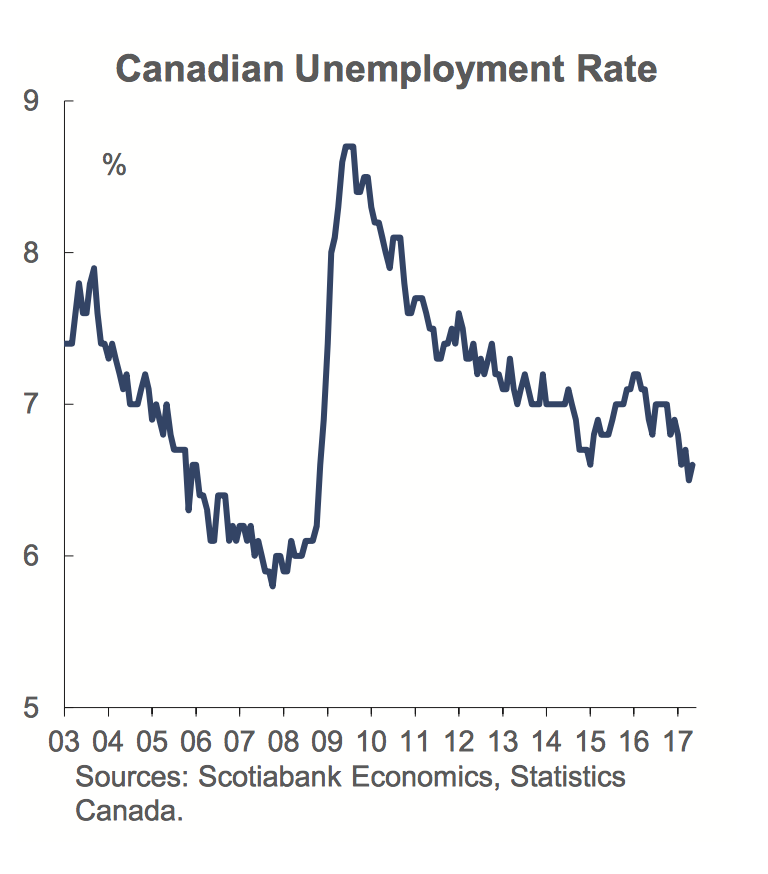 Glass half full: There isn’t much to dislike. Most categories, and most provinces, posted solid gains. The bulk of recent hiring has been in services, but manufacturing is showing signs of life. Factories added 25,300 positions in May, taking the total increase on the year to 43,000. Also, the majority of new jobs lately are full time, which should support consumer confidence and provide higher pay.

Glass half empty: Total hours worked increased by only 0.7 percent from May 2016, compared with a 1.1 percent annual gain in April. Employment in finance, insurance and real estate declined on the month, another reason to worry about the housing bubbles in Toronto and Vancouver. But these are small things. The only real negative in the latest labour-market survey is wages. Pay increased 1.3 percent last month from a year earlier, faster than the previous month. But wages still are growing slower than inflation and well below the 10-year average of 2.6 percent.

Bottom line: Most assume the Bank of Canada will wait until next year to raise interest rates. Expectations are going to start to shift. Economists at Royal Bank and National Bank raised the possibility of higher interest rates before the end of the year after the latest jobs numbers were released. Neither analyst was ready to make that his official forecast, but don’t be surprised if Bay Street starts changing its outlook. Canada’s official interest rate is at an emergency setting, but there is no sign of economic danger in the employment numbers.