Can a simple appeal to honesty pay dividends? 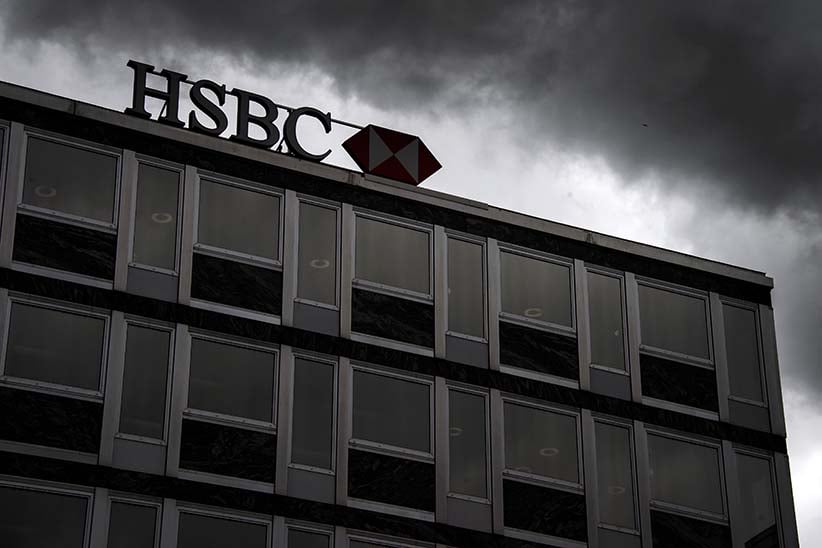 A sign of HSBC private bank (Suisse) is seen on June 14, 2013 in the center of Geneva. (Fabrice Coffrini/AFP/Getty Images)

Only a week after the so-called Panama Papers burst into the media spotlight early last month, the Canadian government issued a news release vowing to “crack down on tax evasion and tax avoidance.” The leak of a staggering 11.5 million documents from a Panama City law firm promised to reveal as never before the inner workings of tax havens from Switzerland to Cyprus to the British Virgin Islands—and Ottawa at least appeared to be taking decisive action.

Pledging $444 million in new money for the Canada Revenue Agency, the governing Liberals suggested the beefed-up CRA would soon be running down Canadians in the ranks of high-rolling tax evaders who can afford the elite, illicit financial services exposed by the Panama data. “These wealthy Canadians,” the news release said, “should not be able to buy their way out of paying the income tax that they owe.”

Despite the timing, the news release wasn’t, in fact, a direct response to the Panama Papers. Finance Minister Bill Morneau had earmarked extra money for the CRA back in his March federal budget. Still, given the fresh outrage over tax evasion, Liberals must have been hoping to earn some applause from experts who have long criticized the federal government’s lacklustre record when it comes to catching and convicting big-time tax evaders.

But from those who know the system best, the response was tepid. “Overall it’s positive, but it’s not really new,” said law professor Geoffrey Loomer of Halifax’s Dalhousie University, who works with an international network of academics on tax issues. David Chodikoff, a prominent tax lawyer at the Toronto firm Miller Thomson, warned honest taxpayers not to get their hopes up about seeing cheats behind bars anytime soon. “The real question is how long will it take to do more,” Chodikoff said, “and my guess is it will take years—not months, not a year, but years.”

Their caution and outright skepticism is based on experience. The CRA’s written answers to questions from Maclean’s on issues related to offshore tax avoidance offer glimpses of the frustratingly slow pace of tax enforcement when it comes to foreign accounts. For instance, wouldn’t the CRA be expected to pounce on the Panama leaks to launch criminal tax evasion probes against Canadians named in reports of newly exposed schemes? Their track record after previous leaks suggests “pounce” isn’t the right verb.

In 2007, a leak of information about Liechtenstein’s LGT Bank raised questions about more than 100 accounts held by Canadians, and two years later more than 1,700 Canadians were among clients of the Swiss arm of London-based HSBC, whose account information was turned over to Canada by France. “To date,” the CRA said, when asked about these two high-profile episodes, “no criminal tax-evasion charges have been laid relating to information from the lists of Canadians with accounts at Liechtenstein’s LGT Bank and [the Swiss arm of] HSBC.” By way of explanation, CRA said, “As with any criminal investigation, these cases can be complex and require months or years to complete.”

Even allowing for drawn-out investigations, Loomer said, recent history suggests Canadians who stash their money overseas are not in much danger of being dragged into court. “I’m not aware of any case in the last decade where anyone has been prosecuted and convicted for having offshore investment income that was not disclosed,” he said. That doesn’t quite mean that all Canadians illegally neglecting to pay taxes on income in offshore accounts are shrugging off the threat of getting caught. More are coming forward through the CRA’s offshore voluntary disclosures program, under which taxpayers are encouraged to admit to failing to pay tax on income in foreign accounts. They avoid penalties and possible civil or even criminal charges, and are required only to pay taxes owed, plus interest.

Headlines about leaks from previously airtight tax havens have clearly put holders of offshore accounts on edge. CRA said there were 10,748 offshore disclosures in 2015-16, involving $938 million in unreported income, up from 5,248 in 2013-14, and more than four times the number just six years ago. Chodikoff said some Canadians with offshore accounts genuinely don’t know they are breaking the law until they read news stories about cases like theirs. “And some people do know, and a news story makes them get nervous,” he added. “They can’t sleep at night and the finally decide to come clean.”

Merely having a foreign account isn’t illegal. The wrongdoing comes with using one to conceal income that is taxable in Canada. Experts cite other reasons for setting up such accounts, like making it easier to do business or work overseas, diversifying investments, or hiding money during divorce disputes. But sophisticated tax evasion, by both wealthy individuals and companies, is a huge illegal business. Between spring 2006 and spring 2015, CRA said it audited 8,871 cases of “aggressive international tax planning,” involving $6.8 billion in unpaid taxes.

In recent years, international co-operation has been making it harder to find safe places to stash cash. Loomer said a watershed came seven years ago, when the G20 leaders of the world’s biggest economies declared an end to the era of bank secrecy. “Since 2009, countries around the world that were previously resistant—the true, dark tax havens—have basically had to come into the light by signing tax information-exchange agreements,” Loomer said.

Canada has signed information-sharing agreements with 22 countries, including Lichtenstein, the Cayman Islands, and the Bahamas. Another is the Isle of Man, which the CRA singled out in last month’s crackdown news release as its first target under a new program to “more fully examine potential tax evasion across an entire jurisdiction.” The focus on the self-governing island off Britain’s west coast comes as a hearing is set in tax court for mid-May in Vancouver, where the CRA will lay out its case against members of a Victoria family accused of taking part in an Isle of Man tax shelter set up by the accounting firm KPMG.

Tax professionals were buzzing when CBC reported in early March that the CRA had offered a deal to other Canadians involved in the same KPMG structure on the Isle of Man, giving them a chance to voluntarily pay their taxes with interest and avoid charges. Loomer said the U.S. Internal Revenue Service would not have offered a similar deal. “If they were Americans, I would say the taxpayers are going to go to jail, the advisers are at risk of being disbarred,” he said. But at a House finance committee hearing this week on Parliament Hill, Greg Wiebe, KPMG’s former global head of tax, said the Isle of Man plan was created in 1999, and the firm hasn’t offered it to clients in nearly a decade. “Simply put, we can’t take a 2016 lens to look at a 1999 issue,” Wiebe said.

Loomer conceded the CRA’s tendency to rely on voluntary disclosure does bring in unpaid taxes, while avoiding costly court battles, which the government can’t be sure it will win. But he also spelled out the downside: “The negative aspect is removing the deterrent effect in the law on tax evasion, because if you’re ever worried that they’re coming after you, you just make a voluntary disclosure—‘Oh, I’ll pay the tax.’ The only cost is the interest.”

The Trudeau government is signalling that it isn’t satisfied with court action in offshore tax cases remaining such a rarity. It has announced a new offshore compliance advisory committee, made up of seven independent experts, with a mandate to, among other things, look at “potential ways to improve CRA’s criminal investigations function.” The committee, chaired by Western University law professor Colin Campbell, is slated to begin meeting this spring. Liberal Sen. Percy Downe, a longtime advocate for serious action on offshore tax evasion, said bringing in outsider advisers matters even more than injecting new money into investigations. “It’s more important for me,” Downe said, “because I’ve lost faith in CRA itself.”