The Bank sees no financial crisis in the country’s immediate future, but warns a downturn in Toronto and Vancouver house prices would depress Canada's overall growth 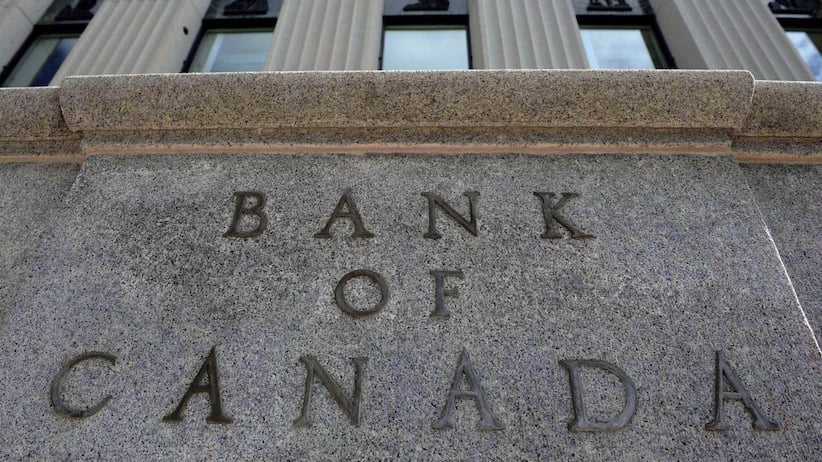 The Bank of Canada says elevated home prices in Toronto and Vancouver and record levels of household debt have become bigger worries over the past six months. The central bank’s latest biannual review of the Canadian financial system says those two “vulnerabilities” have worsened since its last report.

Still, the central banks continues to see those factors as red flags, not full-fledged threats. The June Financial System Review (FSR) says there is only a moderate threat of a financial crisis occurring, the same as its previous report.

Glass half full: Household debt continues to grow much faster than wages. Because of that, a recession could have a big impact on the economy. However, policy makers don’t want us to worry too much: they grade the risk of a “severe” downturn as “low.” The latest FSR also looks closer at how a price correction in Toronto and Vancouver would play out in the broader economy. They conclude the impact likely would be contained. That’s partly because the biggest banks are diversified enough to absorb a wave of local defaults and therefore wouldn’t alter lending conditions in other parts of the country. They also say it is a mistake to draw parallels to the U.S. housing collapse. Canada’s lending standards are far more rigorous.

Glass half empty: British Columbia and Ontario are Canada’s main growth engines. A housing collapse in either place might not spread to the rest of the country, but it would leave a mark. For the first time, the Bank of Canada added a home-price correction in Toronto, Vancouver or both to its list of four main financial risks, replacing the threat of a collapse in commodity prices, which was dropped. The FSR put the chance of a “significant” drop in prices as “moderate.” That is the same probability it assigns a tremor from China, which has the world’s economic authorities on edge over the extreme borrowing of the country’s state-owned corporations.

Bottom line: The Bank of Canada sees no financial crisis in the country’s immediate future. It made a point in the FSR of saying federal rule changes have decreased the number of high-ratio mortgages and that a sudden drop in prices in Ontario and British Columbia likely wouldn’t spread to the rest of the country. The bigger risk might be a depressed level of overall economic growth. Household debt has risen to 170 percent of disposable income, while wages are growing about as fast as inflation. At some point those debts have to be paid, which means less money for good and services. 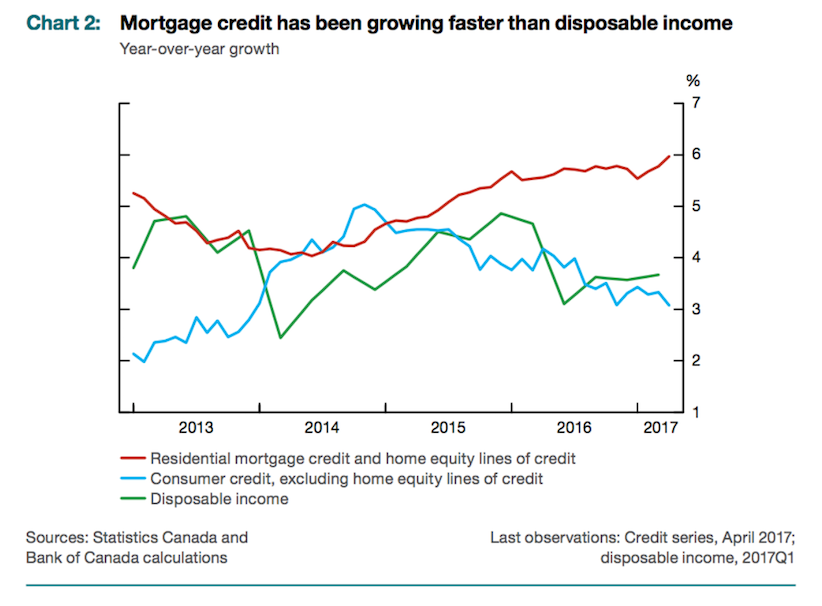