China's economy is slowing faster than many had imagined possible. What will this mean for the U.S. and the rest of the world? 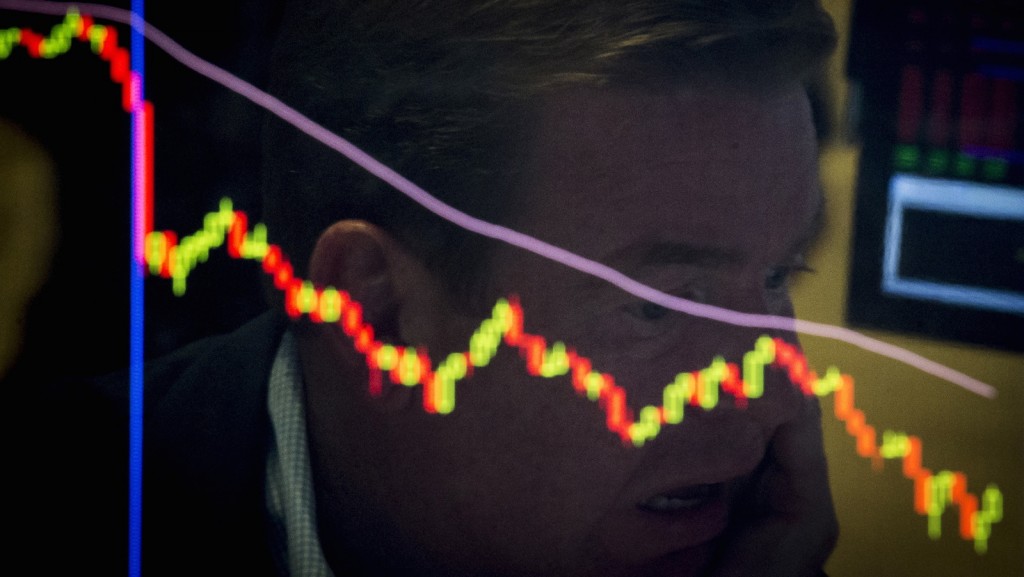 It’s been four years, almost to the day, since investors gritted their teeth and rode out a fear-fuelled stock market sell-off. But unlike the 2011 rout, sparked by the eurozone debt crisis, the sudden collapse of global equities markets that began last week is all about China—which makes it all the more unnerving since few have a good grasp on how the world’s most important emerging economy actually works.

North American investors arrived at work Monday morning and were greeted by a 1,000-point sell-off in the Dow Jones Industrial Average, marking the blue chip index’s biggest intra-day decline ever. The broader S&P 500 index, meanwhile, lost 58 points, while the S&P TSX was down about 300 points after the opening bell. Some even dusted off the “#blackmonday” hashtag on Twitter, although many were quick to point out the 1987 stock market crash was orders of magnitude more severe. As if on cue, the markets clawed back most of the losses by mid-day.

Even so, the short-lived sell-off made it clear investors are growing concerned about the health of China’s faltering economy. In recent years, China single-handedly accounted for about 15 per cent of global GDP and half of global growth—namely by sucking up the world’s supplies of raw materials and using them to build everything from high-speed railways to forests of apartment towers to house its 1.3 billion people.

But now China’s economy is slowing faster than many had imagined possible. Beijing continues to promise GDP gains of 7 per cent this year, but there are mounting signs that the situation on the ground is worse than Chinese officials are letting on. Recent data suggests weak global demand for Chinese-made goods, declining levels of factory activity and a slip in the amount of freight being carried by the China’s rail network. Beijing also surprised many earlier this month by devaluing its tightly-controlled currency. The move was officially billed as a market-oriented reform, but was widely interpreted as an admission Chinese exporters are in trouble.

Equally concerning, at least for investors, is Beijing’s apparent inability to erect a floor under its volatile stock market, which first hit a wall earlier this summer wiping out trillions. It was as though Beijing’s gifted technocrats had finally encountered an economic monster they couldn’t slay by having the country’s state-owned banks throw more money at it. “This is no longer about China slowing down sharply,” David Rosenberg, the chief economist at Gluskin Sheff & Associates, wrote in his daily newsletter. “It is now about a global investor loss of confidence in Chinese economic and financial policy.”

Related: The perfect storm that pushed Canada into recession

The good news is most believe China’s vast foreign currency reserves should protect it—and the rest of the world—from a worst-case scenario: a systemic financial crisis. But it’s also becoming increasing clear China can no longer be counted on to power the economies of other countries, which, in today’s low-growth global environment, is increasingly a threat in its own right. The world has seen a broad sell-off in commodity prices in the face over-supply and fears of weakening Chinese demand. The price of oil, in particular, is now trading at US$38 a barrel in North America, down from more than US$100 a barrel a little more than a year ago. The trend has already taken a sizeable bite out of Canada’s resource-heavy economy, possibly tipping it into recession during the first half of this year, and comes as Europe is still struggling with the fallout of the last global finanical crisis in Greece.

Perhaps the most important question is what impact a faltering China would have on the United States, which now stands as the world’s lone economic bright spot. On the surface, a sharp slowdown in the Chinese economy would seem to have relatively little direct impact on Americans, who are big consumers of Chinese-made goods, but export relatively few products or materials to the Asian country, resulting a massive trade imbalance. Yet, there’s still a risk U.S. consumers could get spooked by the spectre of China dragging the rest of the world into a global recession. American multinational companies could also see their earnings take a hit if China’s economic slowdown spreads throughout Asia. For these reasons, it now seems unlikely the U.S. Federal Reserve will go ahead with its plan to hike interest rates in September.

Related: The great fall of China

At the moment, the global stock sell-off appears to be just that—another gut-check on the long, bumpy road to economic recovery. But the possibility of China’s woes snowballing into more sinister and longer lasting can’t be discounted entirely. Unfortunately for investors, it may be difficult to tell which narrative is more accurate until it’s too late. Chinese economic data is notoriously unreliable and Beijing has a nasty habit of trying to paper over weaknesses that might make the Communist Party look bad. In the absence of real information, fear and speculation will naturally rush to fill the void. Expect more volatility ahead.