Fiscal transfers are growing. But are they effective?

The size of transfer payments can't tell us if provincial governments are good fiscal managers. 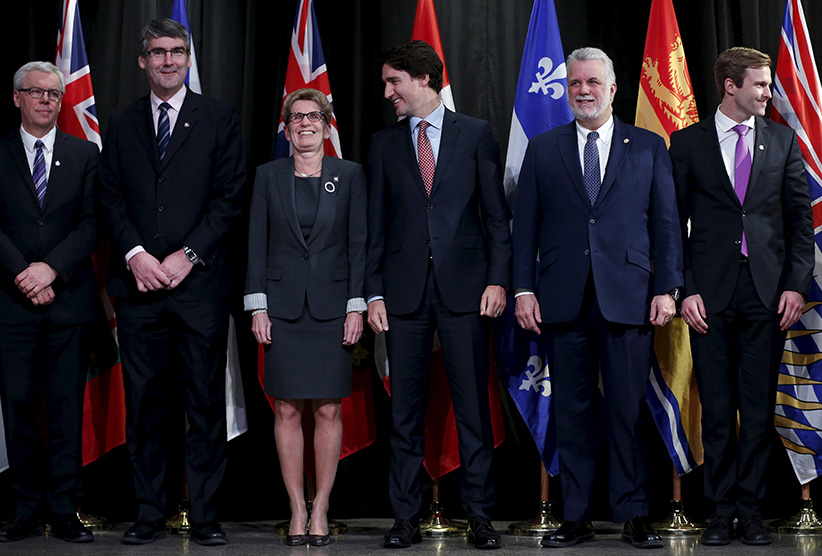 Doctors don’t use a thermometer to check your blood pressure. It isn’t the right diagnostic tool. But this kind of error too often finds its way into the discussion about federal transfer payments, and whether the federal government is providing the right level of support for provincial public services.

Federal transfer payments are a key component of how we pay for public services. Health care is only one of many public services originally developed as a joint endeavour between federal and provincial governments. Over time these arrangements have evolved, and their legacy can be found in the $86 billion in major transfers that account for almost one-quarter of this year’s federal budget. As we have become farther removed from this historical context, a misleading but persistent public narrative has emerged that sees federal transfers as some form of federal generosity. This fiction clouds reasonable discussions about how to pay for the things that we rightly expect our governments to provide.

The debate about transfer payments often fixates on their annual growth rates and how they should be distributed among provinces. This is the focus of a recent report by the Fraser Institute. The report’s authors contend that since federal transfer payments have grown in the past 10 years, they can’t be contributing to provincial deficits. But there is a basic fallacy in this line of thinking.

The growth of federal spending devoted to major transfers (Canada Health Transfer, Canada Social Transfer, Equalization) is not in dispute. In fact, the growth in these transfers outpaces the effects of frozen or reduced transfers for other areas, such as employment training and social housing. The Fraser researchers also correctly point out that transfer increases have outstripped trends in consumer price inflation and population growth. The problem with this argument is not the math. It’s that measuring federal transfers against these indicators is as useful as, well, measuring blood pressure with a thermometer.

Unlike the federal government, the majority of provincial spending pays for obligations to provide services like health care, education and social assistance. While population growth and inflation are part of the story of the pressures on provincial government budgets, even a superficial appreciation of public policy would recognize that cost drivers are far more complicated, and include population aging, social need, technological change, and economic conditions. The inflation rate doesn’t tell you anything about how many Canadians are challenged by poverty or the prevalence of diabetes in the community.

This is where the familiar “transfers are growing, provinces should be happy” narrative falls short and is misleading.

The fact that transfers are growing in both absolute and relative terms does not in any way mean they are at the right level, or that federal budget choices aren’t stressing provincial finances.

In fact, the Parliamentary Budget Officer has shown there is a growing structural gap between federal transfers and pressures on provincial spending that could see the federal government in a long-term state of surplus while provincial governments face large shortfalls.

The fact that federal transfers to provinces are growing also does not address reasonable concerns raised by provinces about whether they are being short-changed by specific decisions. The Fraser report singles out the Ontario government for particular attention, but says nothing about how Ontario residents are disadvantaged by the distribution of federal infrastructure and affordable housing funding or by the administration of the Equalization program.

The report also resorts to the tired old song that Ontario is a “have-not” province. In reality, Ontario Ministry of Finance figures show that Ontarians contributed $4.3 billion more to Equalization than the province received this year, part of the province’s large net contribution to the federation. Commodity prices drive the calculation of Equalization payments more than anything else—something the Ontario government has no control over.

The fact that federal transfer payments are outpacing inflation and population growth tells us nothing about whether provincial governments are good fiscal managers or whether fiscal federalism is serving Canadians well.

These misleading narratives distract from important conversations we ought to be having about a sizeable chunk of our federal budget—particularly an Equalization program in desperate need of an overhaul.