What it will take to restart the oil sands, and what is next for the thousands of workers employed in the sector. 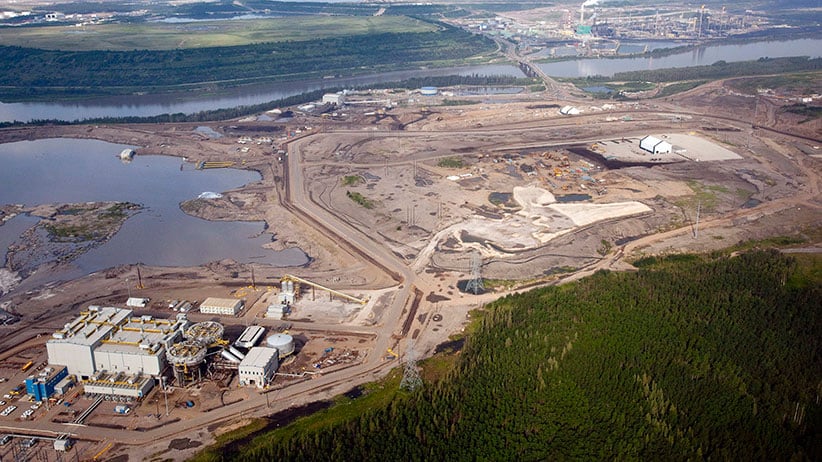 Alberta Premier Rachel Notley met with oil sands executives Tuesday to discuss plans to get their giant operations back up and running in the wake of the disastrous Fort McMurray wildfires. Over the past week, the raging inferno forced the evacuation of some 88,000 Fort Mac residents, destroyed 2,400 buildings in the city and resulted in the complete or partial shut down of several nearby oil sands operations. In all, it’s estimated nearly half the region’s production, or about 1 million barrels per day, was taken offline. Here are the key takeaways from Tuesday’s meeting:

1. Oil sands facilities north of Fort McMurray were impacted by smoke, not fire. Starting these operations back up should be relatively straightforward—a matter of days or possibly a week or more. To assist in the process, Notley said the province is working with industry to set up a temporary medical facility in the area and provide firms with as much air space access as possible so they can fly in workers, equipment and supplies. The province’s energy regulator has also created a special recovery team to oversee the start-up of each facility. “They will work with each company on the start-up plan, which will include timely operations, inspections and monitoring,” Notley said.

2. Operations to the south of Fort McMurray fared somewhat worse. There’s evidence the fire moved through part of China-owned Nexen’s Long Lake facility, but it’s not yet known if there was any damage. “Nexen themselves have not yet had a chance to get back in on the ground,” said Notley, adding that fire is still threatening facilities in the Hangingstone area. “They’re still very much in an emergency response phase.”

3. Even with Fort McMurray still off-limits, oil sands firms will have sufficient staff on-hand to re-start production. “We have a big capability to move people in and out,” said Suncor CEO Steve Williams, speaking on behalf of the industry. He noted that more than 20,000 people were flown out of the region in the first 72 hours after Fort McMurray’s evacuation, which sent many residents fleeing north to oil sands facilities. “And we have the camps in place. So having the people should not be a barrier to starting up.”

4. The status of pipelines and the electricity grid are critical to a successful re-start of oil sands equipment. “For the next few days, or even a week or so, the primary focus is going to be working with our pipeline and power companies to make sure we can balance that system as we come up,” Williams said. He added that, while no damage has so far been found with below-ground pipelines, the above-ground electrical infrastructure is “something we’re going to have to work on.”

5. There are no plans to lay-off workers as a result of the fires. “To my knowledge, there are no planned lay-offs,” said Williams. “What we’ve heard this morning broadly from the companies is they’ve guaranteed pay in advance, so pay will not be interrupted. In many cases, they’ve also gone to additional schemes to either loan funds to employees or bring forward payments scheduled later in the year.”

Now here’s a map and table showing the oil sands region and how various operators have been affected by the fire and evacuation. The table was last updated on May 10. 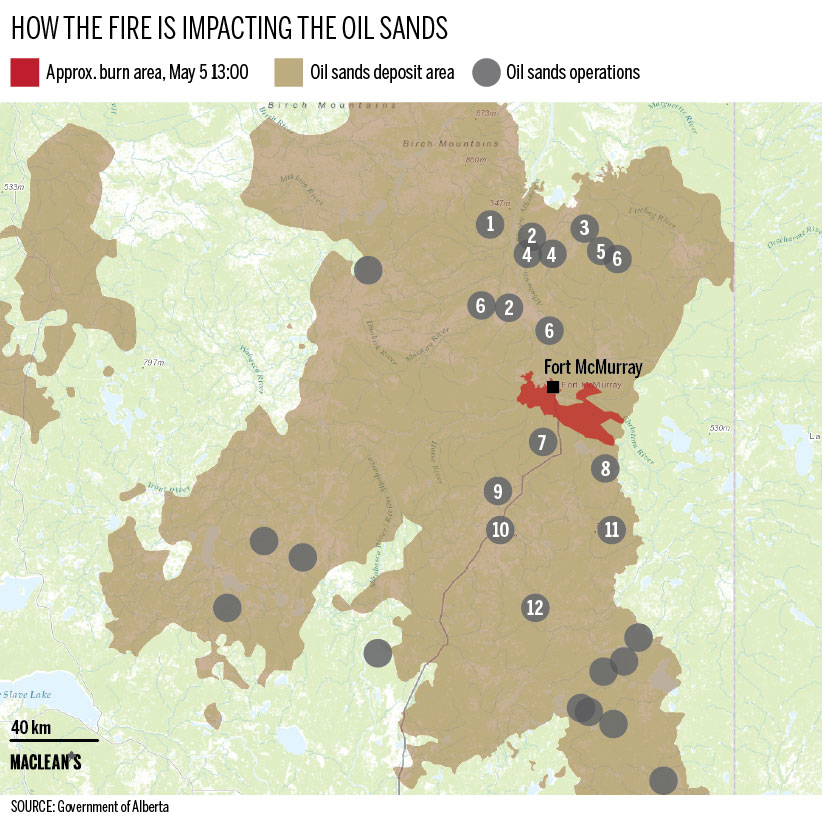