Hockey and the hit to the economy

How sports shocks, both good and bad, have impacted the economy over the years

Canada’s economy rose 0.2 per cent in February, which was generally what forecasters had expected. And aside from small declines in finance, agriculture and transportation, gains were seen across all industries—all, that is, except for one glaring slowdown: the arts and entertainment sector. In February that industry shrank by fully 5 per cent. What could account for such a shocking collapse in economic activity? Blame the Sochi Olympics. That’s because the National Hockey League was put on ice for the duration of the games so players could go to Russia to represent their countries.

Doug Porter, chief economist at the Bank of Montreal, sums up the impact:

The big downside surprise was a 5% plunge in the arts and entertainment sector, which was caused by the two-week shutdown of the NHL during the Sochi Olympics—proving, once again, hockey matters to this economy.

Though we already knew that, having gone through a lockout that shut down the entire 2004-05 season and blew a $170 million hole in the economy. That wound is very visible in the following chart, as are other sports shocks (good and bad) over the years. The blue line (left axis) is GDP for all industries, while the red (right side) captures the performing arts, spectator sports and related industries, and heritage institutions. 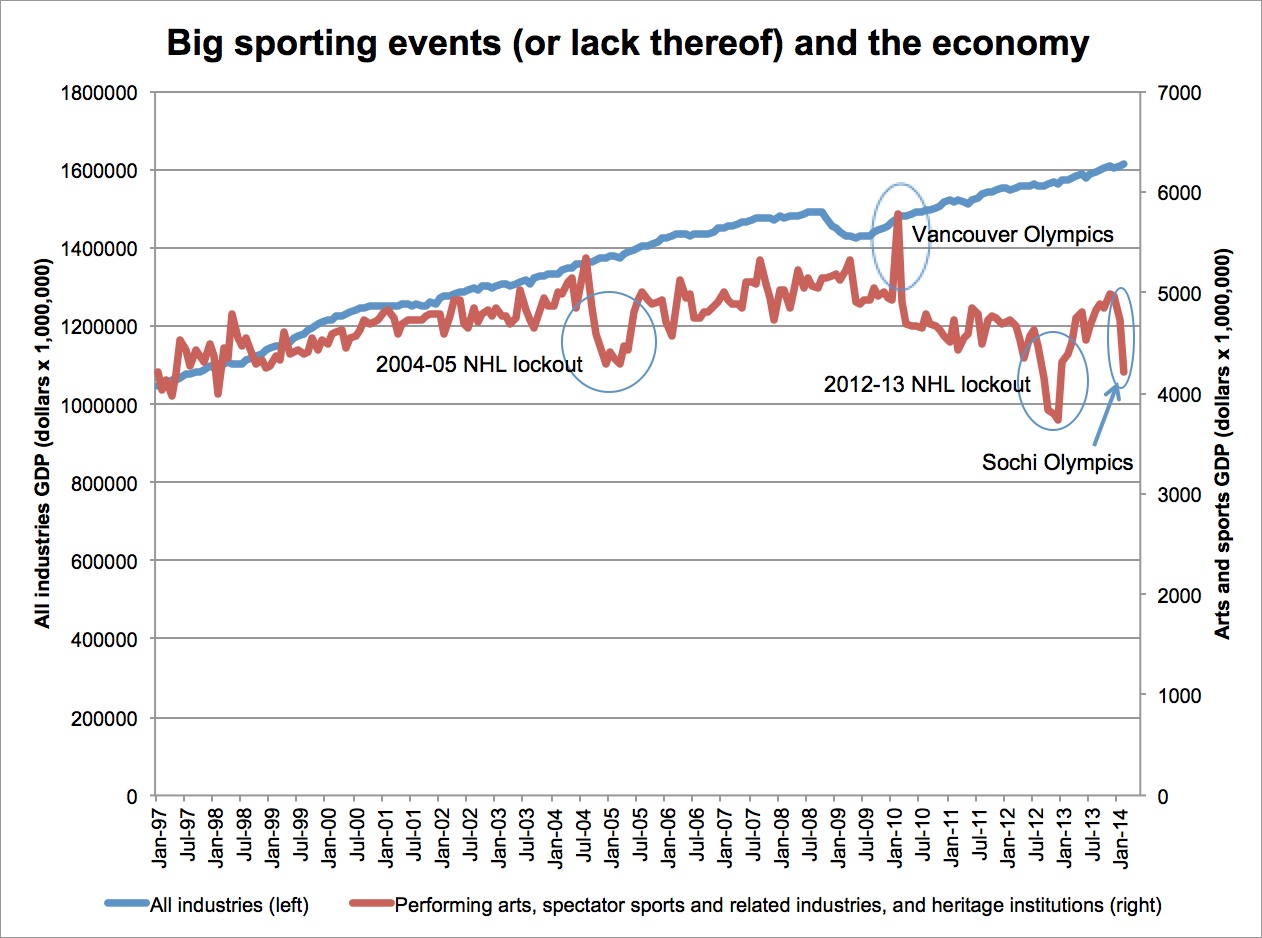 Two things jump out. First, even big swings in the sports and arts sub-industry have only a muted effect on the larger Canadian economy. Second, the industry is not doing well, and hasn’t been doing well since 2005—and the gap with the rest of the economy has widened since 2010. What could account for this? Here are some theories, but I’d be interested to hear what others think: