Hard as it may be to see now, the changes underway in Mexico offer huge opportunities for Canada, writes Jason Kirby 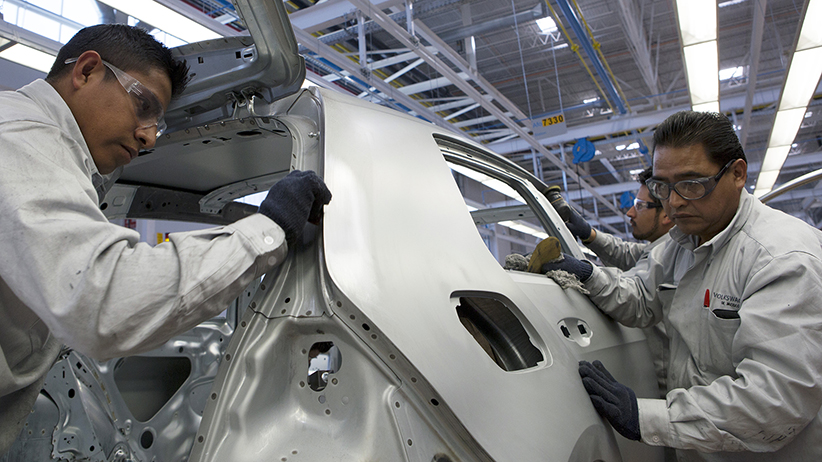 In late August, Enrique Peña Nieto, Mexico’s hard-driving reformist president, gathered with beaming executives from South Korea’s Kia Motors to announce the carmaker will spend US$1 billion on a new assembly plant near the northern city of Monterrey—one more new North American car factory Ontario didn’t get. The deal, Peña Nieto boasted, is part of “the success story that we Mexicans are writing.” Just two weeks earlier he’d wrapped up an even more important chapter in that tale, when Mexico’s Congress passed a historic bill to liberalize the country’s state-controlled energy sector—a move that could dramatically boost oil exports to the U.S. in the coming years.

So there you have it. In the course of one month Mexico delivered another dent to the rusted husk of central Canada’s auto sector, this country’s old economic engine, and created a huge question mark over its new one, the oil patch. But as hard as it may be to see right now, the changes under way in Mexico offer huge opportunities for Canada.

There’s no question global carmakers, including GM, Toyota and Volkswagen, to name but some, are lined up bumper-to-bumper to open factories in Mexico, where an auto worker earns in a day what someone on an assembly line in the U.S. or Canada pockets in an hour. The angst heard from unions, local auto suppliers and Ontario politicians about the gradual shift in auto production away from the province is understandable. Automakers haven’t necessarily packed up their factories in southern Ontario and hauled them off to Mexico en masse, but there’s been little commitment to increase production at existing plants here. Any new factory announcements in North America, meanwhile, have tended to be in places like Aguascalientes and El Salto rather than Oshawa or Windsor. (Or Detroit, for that matter.) While Mexican auto production has climbed 50 per cent since 2007, to three million vehicles, Canada’s output is down seven per cent to 2.4 million. As a result, Ontario’s share of the North American vehicle manufacturing industry has shrunk to 14 per cent, an all-time low, according to RBC Economics, while fully one in five cars made on the continent now roll out of Mexican factories.

The reforms under way in the energy sector in no way pose such a direct threat to Canada’s oil and gas industry, but they promise a measure of competitive upheaval nonetheless. The move to open the sector to foreign investors for the first time in 76 years—until now state-controlled Pemex was the only player in town—could kick off an “energy renaissance” for Mexico, as the Atlantic Council think tank in Washington put it. The U.S. Energy Information Administration just upped its outlook for Mexican oil production in 2040 by 75 per cent to 3.7 million barrels a day. Canada already produces nearly that much (the forecast is for Canadian output to hit 6.4 million barrels a day by 2030) but the reforms in Mexico present Canada’s oil patch with a new rival for investment dollars. At the same time, when it comes to supplying the U.S. with oil, Canada will face a more nimble, nearby competitor, which means getting the Keystone pipeline built is more important than ever. The flip side, of course, is that Peña Nieto’s reforms just opened a potentially huge market for Canadian energy companies to delve into.

Back to the car business: as this shift in production to Mexico continues—and make no mistake, it is going to continue—we will hear all sorts of calls from Ontario that something be done. Foremost among them will be demands for increased subsidies to automotive companies, even though that’s backfired on taxpayers time and again. Then there will be the calls to reopen the North American Free Trade Agreement that has helped make Mexico an emerging automotive powerhouse.

But before we do anything crazy, there’s a fact that often gets lost in the debate over global trade deals between rich and poorer countries: these deals have a remarkable way of making those countries a whole lot less poor. That’s what has happened in Mexico over the two decades since NAFTA was signed, and it’s a trend that has gathered speed. Incomes in Mexico are still a fraction of what we get paid in Canada, but a thriving middle-class market is taking shape. According to the World Bank, close to 17 per cent of the country’s population joined the ranks of the middle class last decade. Meanwhile, in another important measure of well-being, the life expectancy of the average Mexican increased by two full years in the last decade alone. As the economy liberalizes and better-paying jobs—like those at auto factories—spread, these forces will continue to work. In short, a fast-modernizing country of 117 million people that Canada already has a free-trade agreement with is growing more prosperous by the year, minting new consumers for Canadian products and services.

Unfortunately, outside of a few examples like Scotiabank and Bombardier, Canada has failed to exploit these opportunities. A report earlier this year by the Canadian Council of Chief Executives argued that in a number of other sectors, such as mining, construction, telecom and, yes, auto parts and energy, Canadian companies stand to gain if they’d step up to the plate—and if Ottawa would resolve its messy visa dispute with Mexico.

Much can still go wrong, not the least of which is a re-eruption of violent crime in Mexico, or a swing in the political winds back to nationalism and protectionism there—or here. But it’s time we get over the idea that Mexico’s rise is something to fear and fight.