Oil price smackdown—the case for and against higher oil prices

Depending on who you listen to, oil prices are either about to crash again, or soar much higher. Here’s how all the arguments stack up. 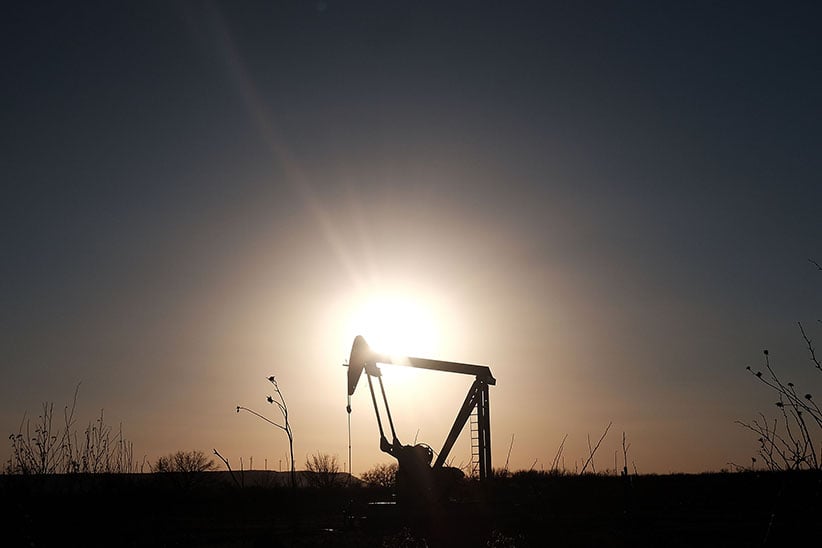 In early February, the price of West Texas Intermediate oil, the North American benchmark for crude, crashed to US$26 per barrel, having fallen from US$120 in 2014. Then it staged a massive recovery, nearly doubling to $51 last month. Now prices have once again slipped back to around $45.

These wild swings have given rise to a great debate, summed up in these two of many diametrically opposed headlines on the question of oil:

“Oil could shed more than half its value to $20, analyst says“

“The era of cheap oil is coming to an end“

Which side is right? It’s a crucial question for Canada, where the economy has yet to regain its footing after the oil crash. Pricier oil would go a long way to stabilizing the economies of Alberta, Saskatchewan and Newfoundland and Labrador. Yet a return to higher prices would likely hamper nascent improvements in the country’s non-energy sectors.

So with oil bouncing around in the US$45 to US$50 range, we’ve compiled key arguments being made by both sides—those who expect oil to plumb its depths once again, and those who see forces working to push crude prices higher in the near future. Bearish arguments (that the price of oil is headed down) are in red boxes, bullish arguments (for higher oil prices) are in green.

The glut of oil that prompted the initial collapse in oil prices has not gone away, and is not going away. That’s why it’s obvious that prices are simply not sustainable at the US$50 level. All you have to do is look at the state of inventories to see why this is the case. The fact is that U.S. commercial crude stockpiles stand at 524.7 million barrels, a record high for this time of year. Deutsche Bank noted in late June that this was 120 million barrels above the average levels of 2010-14. So it’s not just that crude stockpiles are a bit high. The glut of oil is just huge.

True, stockpiles have started to come down a bit. But according to an estimate by S&P Global Platts, U.S. inventories would need to fall by 12 million barrels each and every week until Labour Day in order to reach average levels and support higher prices. There is simply no evidence that is happening or will happen.

The bears are correct that current oil inventories are high, but they’re really missing the point. You have to look at where inventories are going to make a good price forecast, not where they are at present. Moreover, markets are forward-looking. That’s why prices started rebounding even as crude stockpiles continued to swell. People could see that the extreme glut wouldn’t last forever. Guess what? They were right. U.S. commercial inventories have now fallen for seven straight weeks. What this tells you is that the glut is getting smaller.

More important, there’s good reason to believe this trend is just in its infancy. That’s because the big fear that everyone had—that high levels of U.S. oil production would forever swamp the market—is receding before our eyes as high-cost producers get taken out of the market. U.S. oil production is now down over a million barrels per day from its peak. And the drop in supply is actually starting to accelerate. Just a few weeks ago, North Dakota reported the largest-ever fall in production in the state’s history. Having produced 1.24 million barrels per day in December 2014, they’re down to 1.04 million barrels.

We can see the same situation unfolding in Alberta’s oil sands—companies have put billions of dollars of planned project expansions on hold due to the oil crash. And analysts don’t expect to see any new projects coming on stream unless oil is comfortably above $70.

It’s true that U.S. production has fallen off somewhat, but now that prices have rebounded so sharply, that can only result in one thing: producers coming back online. We’re seeing signs that this will happen, indeed, that it is already happening. Consider the number of active oil rigs in the U.S. Having plunged 80 per cent from the 1,600 mark in 2014 to just 316 earlier this year, higher prices have spurred companies to restart drilling activity—the drill count recently climbed to its highest level since mid-April. Obviously it’s early days of this rebound, but the fact that the number of active rigs seems to have bottomed is huge. It means that producers believe they can make money at current prices. That means more future supply.

Cheap oil has also spurred producers to explore new technologies that help them extract oil more efficiently. This, in turn, has lowered their break-even costs, making it easier for them to turn a profit with lower oil. For example, Investors Business Daily pointed out last month that eight years ago it took one shale oil company more than a month to drill a well. Last year, the process took 18 to 20 days. But this year, thanks largely to improved sensor technology and better drill bits, they can drill to the bottom of a well in 13 to 15 days.

As for the oil sands, let’s not forget that even with the collapse in prices, production is still expected to increase by 42 per cent to 3.4 million barrels in 2025, according to a report by consultancy IHS Energy. Aside from the temporary shutdowns that came with the wildfires around Fort McMurray— which contributed to the recent rally in oil prices—Canada will be fuelling the oil glut for the foreseeable future.

Bears can make a big deal out of a small rise in active U.S. drilling rigs, but there’s another reason to believe oil stockpiles will keep falling: demand. The U.S. Energy Information Administration said on June 22 that gasoline demand was up 3.9 per cent year over year. There’s a perfectly simple explanation for this: cheap oil means cheaper gas means more people driving. The average U.S. fuel cost plunged 16 per cent during the period when gasoline demand rose 3.9 per cent. And lo and behold, the evidence indicates that American motorists are driving more: government data shows that U.S. miles driven has continued to set new records as of late.

Gasoline consumption might be up, as was to be expected. But as Reuters noted this week, “U.S. gasoline stocks remain stubbornly high despite record demand from motorists.” Bloated gasoline inventories are squeezing profit margins for the refiners who produce fuel from crude petroleum, and this will likely lead them to cut output. With refineries scaling back, that translates into lower demand for crude and a big negative for crude oil prices.

By the way, this isn’t just a U.S. problem: there’s clearly excess inventories of oil products in Europe, too. As Reuters reports, “The levels of diesel, gasoline and heating oil in storage tanks in Europe this week are so high they are causing delivery backlogs and are casting doubt on whether demand for oil to be refined can be sustained.”

It’s easy to miss the forest for the trees. What the bears don’t want to acknowledge is just how robust global demand for oil is. The International Energy Agency recently said that demand rose 1.6 million barrels per day for the first half of the year, which exceeded its prior estimate. Oh, and they cut their estimate of the daily surplus from 1.5 million barrels to 800,000. So it’s pretty clear what’s happening: demand is rising and it’s chewing through the surplus. That can only result in higher prices.

On the demand front, China, a driving force behind high commodity prices last decade, remains a bullish factor for oil despite its slower growth now. New car sales rose 19 per cent in June, with a notable increase coming from gas-guzzling SUVs. And even if the country experiences a hard landing, the government will simply respond with another massive stimulus program to cushion the impact. This will have the effect of sustaining oil consumption at high levels.

Even assuming demand is strong at the moment, there’s good reason to question its sustainability. Take China, for example. The country’s oil imports have certainly been elevated, leading many to assume the country is using more oil. But something else is happening: a lot of those imports are being used to fill stockpiles, and we may be reaching the point where storage is full. When that happens, and because China’s economy is already weak, oil imports will nosedive, leaving the world with way too much oil that doesn’t have a home.

One question that needs to be addressed if we’re going to talk about the future price of oil is what OPEC will do. The Organization of Petroleum Exporting Countries, which collectively represents the world’s largest oil producers, drove the oil crash by refusing to cut production levels in the face of America’s shale oil boom. Saudi Arabia in particular wanted to push high-cost producers in the U.S. and Canada out of the market, and it was willing to accept dramatically lower prices because its own cost of production is so low. But there are now signs the Saudis feel it’s “mission accomplished” on that score and with low oil prices wreaking havoc on the economies of OPEC nations, they’re not about to send prices spiralling downward again. Even with spare capacity of two to three million barrels per day, the new Saudi oil minister has signalled he’s not about to increase production given that the market is closer to balance.

That’s wishful thinking. If U.S. production does start to rise again for the reasons mentioned earlier, the Saudis will just pump more to maintain market share. Meanwhile, Iran is getting back into the oil business in a big way as sanctions are lifted. The former head of Italian oil giant ENI told Bloomberg last month that Iran’s output could soar to five million barrels per day within three years from its current level of about 3.5 million barrels.

Now, besides questions of supply and demand, there’s another reason to be bearish about the price of oil. And that’s speculators. They are responsible for most of the rise in oil prices since bottoming out at $26 per barrel. We see this in the data on positions held by hedge funds and other non-commercial players. Speculators, according to energy analyst John Kemp, had built a bullish position in WTI and Brent crude oil of a near-record 633 million barrels. But speculators are pulling back, and this is why prices are slipping. Speculators drove prices up and now they’re starting to bail.

It’s easy to blame speculators, but they don’t move prices so much as they anticipate where they’re going. And you know what? They’ve been right. They saw months ago that the global oil glut would begin to shrink as U.S. shale producers retrenched, they bet on it, and they were correct. Sure they’ve cut those positions somewhat, but fears of Brexit and normal profit-taking will do that. The long-term outlook for oil prices is still very healthy.

As you can see, it’s clear where oil is going—it just depends on who you ask.