Poloz takes on the 'cavalier' critics of fiscal stimulus 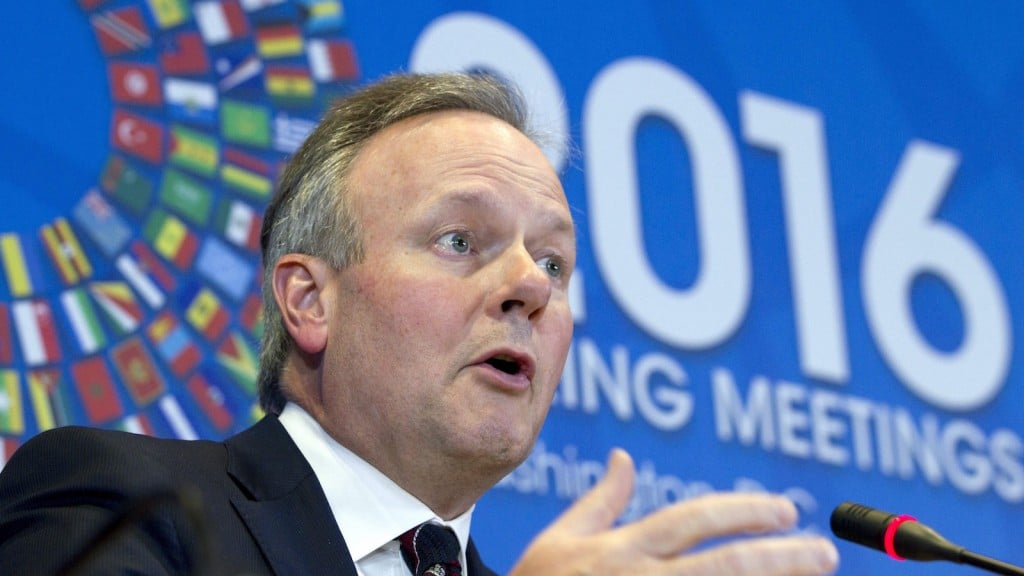 Here’s a phrase you never thought you’d see in the pages of a mainstream publication: “the hotly debated concept of the fiscal multiplier.” Yet those exact words appeared in the pages of the country’s biggest national newspaper last week. Canada’s political establishment, indoctrinated to believe in balanced budgets, still doesn’t know what to do with a government that preaches deficits as economic salvation.

Bank of Canada governor Stephen Poloz was caught off-guard by the parliamentary press corps’ overnight obsession with the way economists inform their guesses of the extent to which tax cuts, road building and the like will affect economic output. The central bank on April 13 released a new economic forecast that predicted Prime Minister Justin Trudeau’s plan to cut taxes and spend heavily on infrastructure would generate a significant increase in economic growth. The Parliamentary Budget Office and some economists had said the Trudeau government was exaggerating the benefits of deficits by using favourable multipliers. Because the Bank of Canada used the same multipliers as the finance department, Poloz was accused of running cover for his “boss,” Finance Minister Bill Morneau. Poloz disliked the suggestion. “The finance minister, I’m sorry, is not my boss,” he said. “The Bank of Canada is a fully independent policy-maker.”

The Great Multiplier Debate still was on Poloz’s mind on Saturday in Washington, and not only because Christine Lagarde, the managing director of the International Monetary Fund, stepped up her efforts to cajole other big economies into following Canada’s example. There was some evidence the rest of the world was coming around to Lagarde’s way of thinking. On Friday, the Group of 20, an assembly of the world’s economic powers, said it would use “fiscal policy flexibly to strengthen growth, job creation and confidence.” Not so long ago, the G20’s main goal was to narrow deficits and reduce debt. Years of slow to no growth have pushed the champions of austerity to the background.

When Poloz attends the semi-annual meetings of the IMF and World Bank, he often rewards the handful of Canadian journalists who turn up with 20 minutes or so of his time. But we already had heard from him at length on Friday evening at a joint press conference with Morneau that ranged widely. There was little left to discuss on Saturday morning when three of us gathered around Poloz at the IMF’s headquarters. So one fellow did all you can do in such a situation: he asked the central bank governor if there was a question that he hadn’t been asked that he would like to answer?

It turned out there was.

“It might be worth spending a couple of minutes on this question of the fiscal multipliers, which attracted a fair bit of attention on Wednesday,” Poloz said. We would spend almost 20 minutes on the subject, to be exact. The governor conducted a tutorial on how fiscal multipliers work. He appeared to think that some of the participants in the debate have little idea of what they are talking about, calling some of the critical statements “cavalier.”

Those who argue that Trudeau’s spending measures will work less well than advertised do so on the basis of what standard economic models tell them about the potential stimulative effect of fiscal policy. These models assume an “equilibrium,” a sort of perfect world where everything happens the way economic theory suggests it should. Then you introduce a shock, such as $29-billion deficit to finance infrastructure and a middle-class tax cut. Under laboratory conditions, that spending puts upward pressure on inflation, which then forces the central bank to raise interest rates to cool off the economy, muting the effect of the fiscal stimulus.

According to Poloz, the big mistake the critics of deficit spending make is failing to adjust for the fact that these are far from normal conditions. Economic growth is so weak, and inflation is so low, that the Bank of Canada will be under no pressure to raise interest rates. Poloz compared current conditions to those that inspired John Maynard Keynes to theorize that government spending was the only way to revive the global economy after the Great Depression. “In that setting, when fiscal policy begins to add demand to the economy, basically nothing else happens, except that demand goes up,” Poloz said. “It’s why we have confidence that the fiscal multipliers are probably as big as they can ever be.”

He said he wished he’d made that point more clearly in Ottawa earlier in the week. Poloz’s willingness to make the case for deficit spending is a notable shift for a central banker who used to say he took fiscal policy as a given. He has little choice: the central bank’s new outlook presents government as the only significant source of economic growth. Part of Poloz’s job now is making sure the public understands that, under the circumstances, that is a good thing—because without it, we have nothing.