Canada was not a 'stable, secure partner' when the U.S. faced its second energy crisis 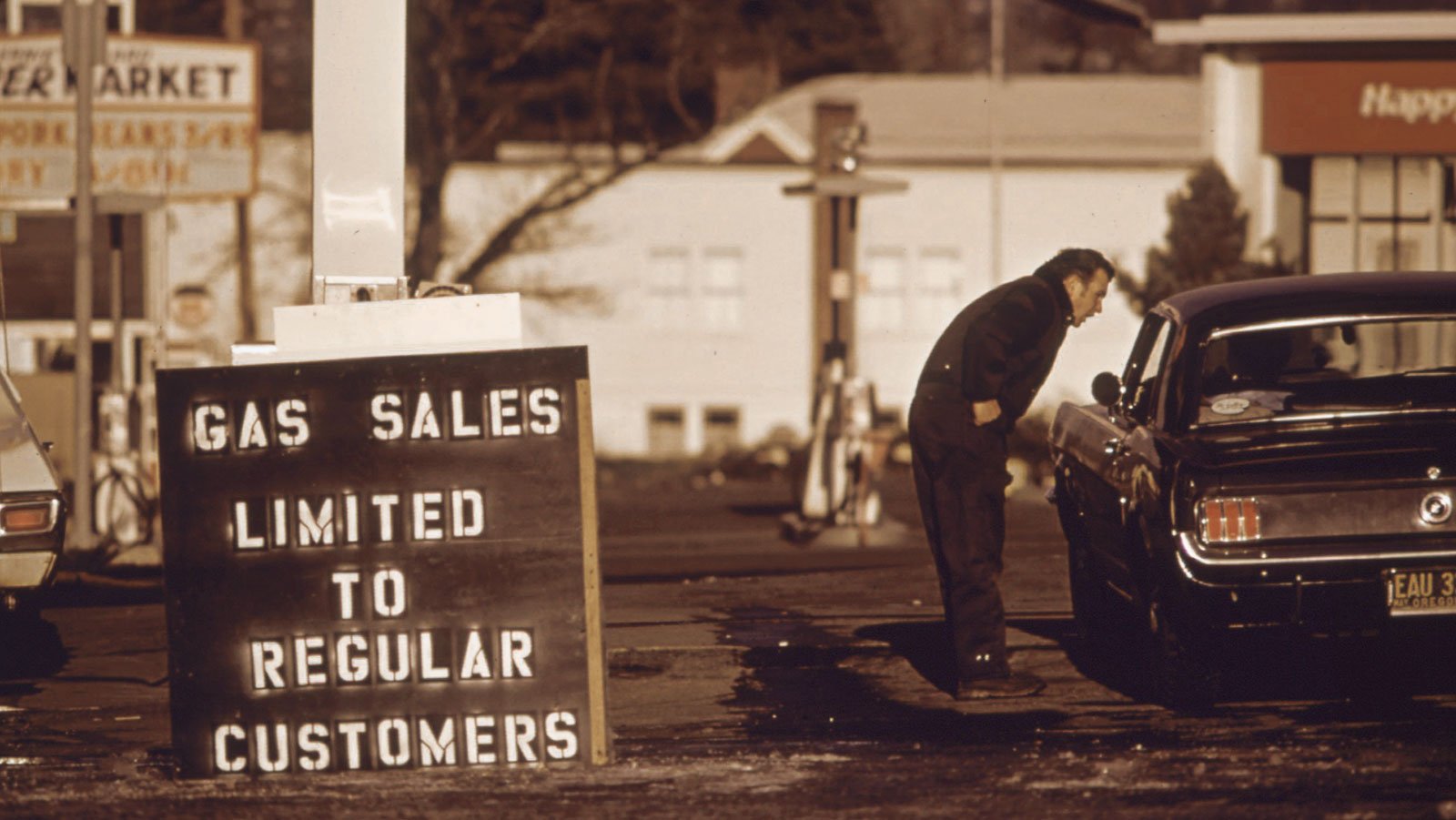 Today, former US President Jimmy Carter signed his name to a letter opposing the Keystone XL pipeline.  The Prime Minister’s Office responded to this with a statement that “Mr. Carter knows from his time as president during the 1979 energy crisis, there are benefits to having access to oil from stable, secure partners like Canada.”  This didn’t ring true for me, so I thought I’d look into this a little bit.

In fact, the second energy crisis was a time of energy rationalization in Canada, with domestic priorities under Trudeau, Clark, and Trudeau again focussed largely on serving domestic interests rather than supporting trading partners.  Canadian imports as a share of US consumption dropped from almost 10 per cent in 1973 to 1.5 per cent in July 1979 when President Carter delivered his famous Crisis of Confidence speech, and continued to fall from there, finally bottoming out at less than one per cent of US consumption in July of 1981.  Of course, this followed the introduction of the National Energy Program (PDF) in the 1980 federal budget, which ensured that Canadian consumption would face a lower price for oil than prevailing prices in the US. In other words, the last time the US faced an energy crisis, its closest trading partner was nowhere to be found. 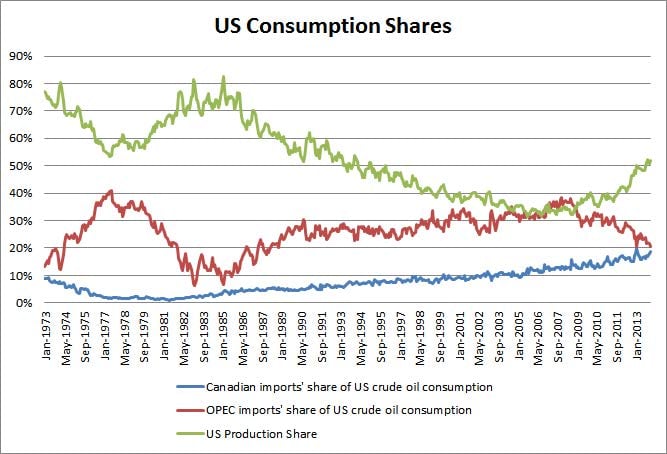 Shares of US crude oil consumption from US field production, OPEC imports and Canadian imports. Source: US Energy Information Administration.

For someone who is so against the concept of national oil companies, the Prime Minister certainly likes to speak like we have one.  It would be interesting to hear how the Prime Minister believes that Canada would act, as a secure trading partner, should the US face a similar situation today as that which they faced in 1979.  We had a bit of an indication of this, in 2011, when the Libyan crisis took hold taking about 2 per cent of world oil supply out of the market in a matter of weeks. How did Canada react? Well, as Michael Levi of the Council of Foreign Relations pointed out on Twitter, landed costs of crude imported from Canada increased by more in percentage terms than landed crude from the Middle East. In the same conversation, David Sands of the Government of Alberta’s Public Affairs Bureau asked how Canada would have the ability to help the US—”what lever could Canada use?” That’s exactly the right question. Canada’s oil producers would expect current policies in which they are able to sell their oil to the highest bidder on the free market to continue.  Alberta’s Petroleum Marketing Commission would expect the same options to realize the most value for Alberta’s royalty oil. So, exactly what would the Prime Minister see stable, secure Canada do if not offer oil at a price lower than the US would otherwise have to pay or alter the supply of crude into the US market from what market forces would dictate? If the US were willing to pay a premium, we’d send more of our oil there anyway, but that hardly seems like a service on our part.

Reading President Carter’s malaise speech also raised some interesting parallels which the Canadian Prime Minister’s Office might wish to consider.  First, like Prime Minister Harper, President Carter touted US reserves of unconventional oil—”we have more oil in our shales than several Saudi Arabias.”  Like Prime Minister Harper’s initiative to create the Major Projects Management Office, President Carter proposed the creation of “an energy mobilization board which … will have the responsibility and authority to cut through the red tape, the delays, and the endless roadblocks to completing key energy projects.” President Carter was also, perhaps, a fan of Responsible Resource Development—he stated that “we will protect our environment. But when this nation critically needs a refinery or a pipeline, we will build it.”

There’s no question that President Carter knows a thing or two about the consequences of energy crises. Prime Minister Harper’s office might want to take a closer look at how we reacted the last time the US faced one, and think about the promises he’s making as to how we might react in the future as well as how his actions and words today are not so dissimilar from those of the former President’s 35 years ago.