The barren wasteland of Canadian statistics

The government uses Kijiji postings for labour data. Statistics in Canada are a disgrace.

In Canada, we are reminded far too often that the quality, availability, and use of data often fail to measure up to what experts would like, and what our citizens deserve.

Stephen Gordon, professor of economics at Laval University, has been on the front lines of the battle for better data for quite some time. In January, Mr. Gordon wrote a post at Worthwhile Canadian Initiative titled “Statistics Canada’s Attention Deficit Disorder,” which slammed the agency for its truncated data series.

“Statistics Canada must be the only statistical agency in the world where the average length of a data series gets shorter with the passage of time,” he wrote. “Its habit of killing off time series, replacing them with new, ‘improved’ definitions and not revising the old numbers is a continual source of frustration to Canadian macroeconomists.”

His is far from the only complaint.

In December, Sam Boshra and Angella MacEwen criticized the construction of Statistics Canada’s supplementary unemployment rate (the R8), writing that it fails to capture the full extent of labour underutilization. ”The biggest difference [between Canada’s and other nation’s measures of labour underutilization] is using the full count of involuntary part-time workers versus full-time equivalent adjusted employment, which makes a huge difference for women,” Ms. MacEwen, an economist for Canadian Labour, told Business in Canada. Here’s where Statistics Canada veers off course, in an excerpt copied from the aforementioned article:

Statscan counts just the hours of relative underemployment for each worker – and each such worker is counted as a fraction of a full-time employee, with those fractions combined into a count of “full-time equivalents” (FTE) in R8. There were 897,000 people last year who were involuntary part-timers, according to Statscan’s survey; collectively, they were accounted for as 467,000 “full-time equivalent” workers, effectively underestimating the number of underemployed by 430,000.

The agency appears to be rather unique in its formulation of this metric. “No other nation uses full-time equivalent alone for labour utilization, but Australia does use both,” Ms. MacEwen said.

Though the data may be imperfect, the manner in which they are misused – or ignored – is far more egregious. Most recently, the government used figures on job vacancies inflated by postings on Kijiji to suggest that there’s a pervasive skills mismatch in Canada. However, as The Globe and Mail’s David Parkinson pointed out, data from Statistics Canada on this topic is readily available, and indicates that though there are pockets of Canada in which there may be a skills mismatch, there’s no evidence that proves this is a nationwide problem. As such, Ottawa’s use of flawed statistics has caused bad arithmetic to obscure an important policy debate, in the words of Mr. Parkinson.

And let’s not even get into the issues with the 2011 voluntary census.

While Statistics Canada is often the scapegoat for all of Canada’s data-related ills, Alex Usher, President of Higher Education Strategy Associates, reminds us not to blame everything on just one agency.

“Part of the issue here is that we defer to StatsCan for everything,” he told Business in Canada. “In other countries, much richer data sets are produced by line departments.” For instance, there isn’t a StatsCan equivalent in the United States – a number of government agencies (like the Bureau of Labour Statistics and the Department of Education) produce data in a less centralized, more narrowly focused manner. Compared to other nations, “We expect less from our government agencies in terms of data collection,” Mr. Usher said. In addition, he noted that Statistics Canada is not without its strong suits, pointing out that its agricultural statistics are top-notch.

With regards to the availability of data pertaining to higher education, Mr. Usher indicated that “policymakers have less of a gap than policy analysts do.” By this, he means that independent policy analysts tend to focus on national data, and there isn’t a plethora of that. On the provincial level, Mr. Usher said policymakers have access to the information they need to make prudent decisions, singling out British Columbia for its strength in data collection. Mr. Usher did, however, also acknowledge that the data aren’t as extensive as they could be. “We don’t have stable funding for a suite of information products that makes sense,” he said, adding that this is not Statistics Canada’s fault. 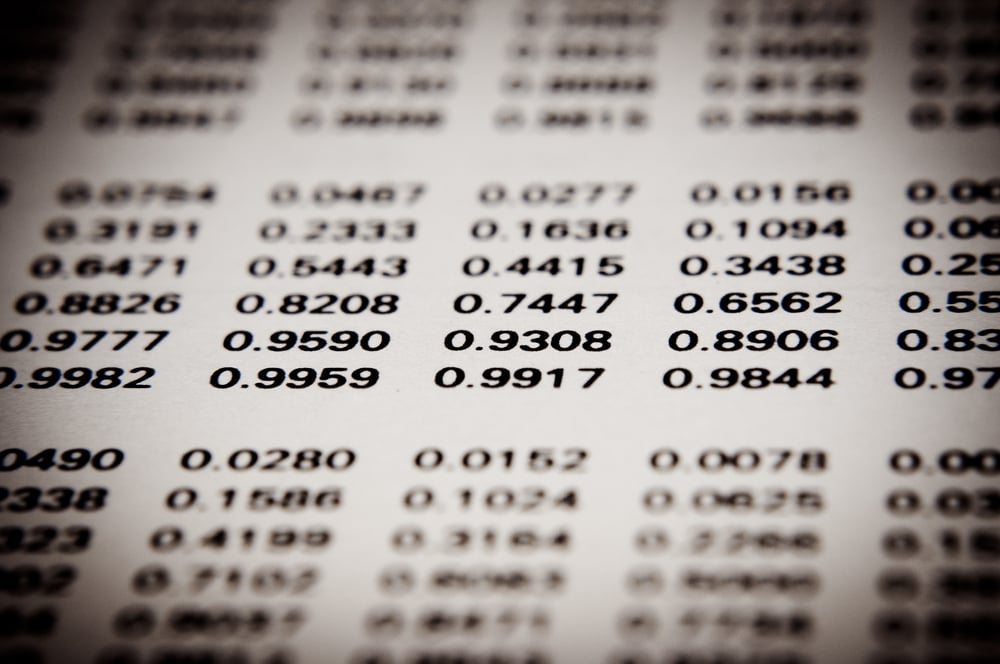 This morning, CIBC deputy chief economist Benjamin Tal added another dimension to this discussion. His new note, “Flying Blind,” details the immense lack of information on the real estate market.

Here’s how he leads off the note:

The short answer is that “we simply don’t know,” Mr. Tal says.

The economist indicates that the asymmetry of information in this segment (banks and lenders have more, average observers have little) may elevate the level of bearish sentiment on Canadian real estate. People who don’t have detailed information, Tal writes, use questionable indicators like the debt-to-income and price-to-rent ratios “that hide more than what they reveal.” He calls on Finance Minster Joe Oliver, Bank of Canada Governor Stephen Poloz, and Canada Mortgage and Housing Corporation President and CEO Evan Siddall “to chart a course that reduce any potential risk of a real estate bubble by making data availability a top priority.”

Mr. Tal’s report is just the latest chapter in the nation’s data disaster, a persistent problem that should embarrass policymakers and have all Canadians demanding a fix – now.