In order for genuine good to come from Trump's win, we must dig into the economic and social angst that led so many people to choose him as their champion 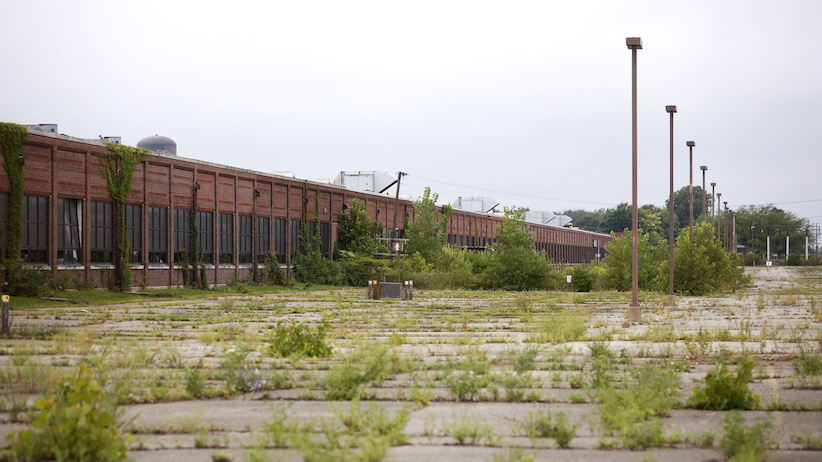 In the United States and around the world, millions of people are now asking “how could this happen?” How can we make sense of an America in which Donald Trump becomes the next president? Discovering the real answer to this question will be good for America—and for Canada, too.

Many people who are now angry and perplexed focus on Donald Trump, the man. They argue that he is the real problem America now faces—that he is not temperamentally capable of being president and that he cannot be trusted in the White House. Those skeptical of this view point out that Mr. Trump may surround himself with knowledgeable people and that the famous checks and balances in the U.S. system of government will prevent him from doing crazy things. Only time will tell.

Donald Trump is certainly unlike any American presidential candidate we have seen in a very long time. His policy ideas range from highly simplistic to completely illogical, and sometimes they are outright dangerous. But to focus on his rhetoric and his favoured policies is to miss the much bigger point. At the most basic level, Donald Trump won the election because his tone and message resonated powerfully with many millions of Americans. Understanding this resonance is the real task at hand.

Why did so many Americans choose as their next president someone with so little knowledge of key policy issues, someone so openly hostile to many different groups in society, someone so bombastic and narcissistic and crude? Answers to this question take us toward two alternative conclusions.

The first conclusion is easy—probably too easy. Mr. Trump won the election because he appealed to millions of Americans who admire him and what he stands for; some are outright sexists, maybe even misogynists. Others voted for Mr. Trump because he dislikes immigrants, and this appealed to racist and xenophobic voters. And Mr. Trump clearly doesn’t trust the Chinese and Mexicans to play fair in the arena of international trade, so American protectionists voted for him as well.

According to this argument, Mr. Trump will be the next U.S. president because he appealed to a whole constellation of voters with highly questionable views. He is a bad person and he only got to the White House because there are many similarly bad people among the electorate. It takes one to know one.

The problem with this view is that it misses far too much. All countries have some racists and sexists and xenophobes, and the United States is certainly no exception. But it is probably wrong to attribute his victory only to this. There is much more going on in America today, and it matters for understanding why Mr. Trump won the election.

The second conclusion is more complex, but probably offers a better overall explanation. Mr. Trump won the election because his tone and message indicated to millions of Americans that he was aware of their legitimate concerns about everyday economic life. Maybe his proposed policies were sensible, maybe they weren’t—these will be debated a lot over the next few years. But at least he appeared to be listening to their issues and to believe they were real.

Here are just three of these issues, each one about the serious economic challenges faced especially by America’s middle class.

Many Americans have seen their jobs disappear, local factories close, and their towns and cities lose their prosperity. At the same time, they know that China and other Asian economies have become large manufacturing centres over the past twenty years, and the United States is now habitually importing their products. In this situation, it’s pretty reasonable to wonder whether free trade, especially with lower-wage developing countries, really is such a great idea. Economists who argue that freer trade is good for the country as a whole miss the point that no individual sees or cares about the “macro” benefit to the nation; they live the very “micro” impacts occurring to them and their friends in their own neighbourhoods. And if there is a perceived connection between freer trade and their own job losses, why shouldn’t the president rip up a few trade agreements? These are legitimate questions, raised by people with genuine worries.

Americans in the middle of the income distribution are also increasingly finding their jobs destroyed through technological change and automation. As the labour market is “hollowed out” in this manner, only two options appear available to displaced workers. One is to pursue lower-wage jobs, resulting in greater job competition and thus even more wage declines. The other is to go back to school and retrain for higher-wage jobs, but this costs money and takes a lot of time. Neither option seems easy, but doing nothing is a losing proposition. Economists and politicians are usually quick to sing the praises of technological progress, and they are right to do so because the overall economic gains are real, and over the long run are enormous. But they also need to recognize the dark side of such progress, and politicians’ promises to offer better training programs may be seen as too little and too late. For those workers whose jobs have been displaced, these are very real problems that can’t be brushed aside.

Facing the everyday challenges of paying their monthly bills and sending kids to college, many Americans also wonder whether large inflows of immigrants are really that sensible. Don’t immigrants take jobs that would otherwise be ours, and also push down wages? Why are we so sure that immigrants create more jobs than they take themselves? And is it really true that new immigrants can gain access to social programs beyond the reach of most ordinary Americans? Economists and policymakers who argue that immigration is good for economic growth and provides much-needed labour in certain sectors of the economy may be correct. But they pay too little attention to the fact that the process of integrating immigrants into American society is often anything but smooth, and some of the rough edges cut ordinary people rather than the policymakers. Even worse, if some immigrants don’t share basic American values, or maybe even present a threat to security, doesn’t it make sense to slow things down while we make a careful assessment of the system? It is not racist to pose such questions; they stem from legitimate concerns of reasonable people.

The point is not that Donald Trump had good policy solutions to these problems; he didn’t. And my ardent hope is that many of his policy proposals never see the light of day.

The real point is that Mr. Trump appeared to hear these concerns and to believe that they matter. The contrast with his Democratic opponent couldn’t have been starker. By claiming that Mr. Trump’s policy solutions were simplistic or unworkable or ineffective or wrong-headed, Hillary Clinton stood the risk of appearing that she didn’t even recognize the legitimacy of the underlying economic concerns. She appeared tone-deaf to millions of Americans. This perception was only reinforced when she labelled as “deplorables” the collection of Mr. Trump’s supporters.

Many people across the political spectrum, in the United States and around the world, are now trying to figure out what happened, and why. This figuring will probably go on for a long time. The lazy ones will stop with the first set of answers, those based primarily on a racist and sexist U.S. electorate.

The genuine good that will follow from Mr. Trump’s victory will occur when the popular conversation and analysis advances to the second set of answers—when we dig into the underlying economic and social angst that led so many people to choose Mr. Trump as their champion. Only when we really understand those issues, including their magnitude and distribution across the population, will we be on a path toward real and effective solutions. Only then will we be able to respond in a sensible way with policies that can successfully address the concerns of the middle class without losing the overall benefits of globalization, technological change, and immigration.

And what is the relevance of all of this for Canada? No Canadian voter or politician should think that these problems are unique to the United States. The same economic angst that occurs across wide swaths of America exists in many parts of Canada, too, and for mostly the same reasons. We need to come to terms with this reality, and to make sure that our policies are well-designed, so that our economic prosperity can be broadly inclusive.

Only then will we avoid having our home-grown version of Donald Trump.

Christopher Ragan is an associate professor of economics at McGill University, a member of the federal finance minister’s advisory council on economic growth, and a research fellow at the C.D. Howe institute.