From left to right, where economists in Canada fall on the ideological spectrum based on who follows them on Twitter 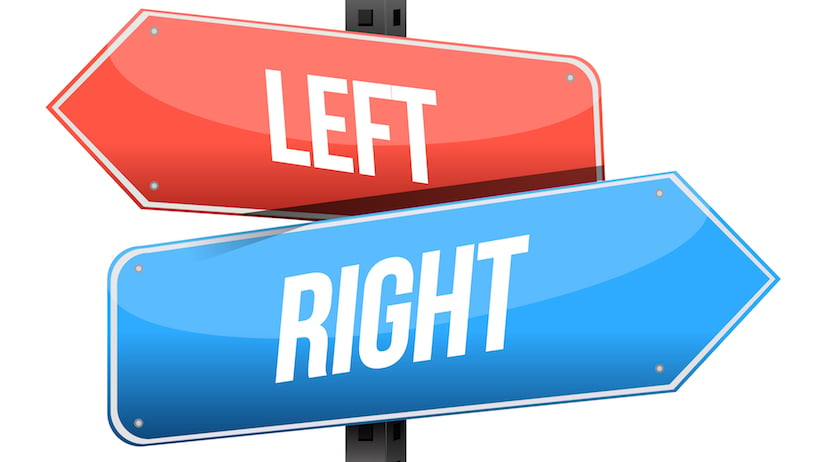 How left-wing or right-wing are economists relative to their peers? Short of asking them all, one creative way to find out could be to look at who follows them on Twitter.

In a new post at the Institute for Research on Public Policy blog, Stephen Tapp, a research director at IRPP, offers a snapshot of the ideological landscape of Canada’s think tanks. (His full post appears below.)

To do this, he tracked the Twitter followers of 42 various think tanks, and determined how much overlap there is with those who follow two of Canada’s most ideologically different think tanks, the right-of centre Fraser Institute and the left-of-centre Canadian Centre for Policy Alternatives. Going on the well-documented premise that on social media, as in real life, people are drawn to those who think like they do, the more followers a think tank shares with Fraser versus CCPA, the more we can infer its ideological bent.

Then some curious economists started asking Tapp where they landed on the spectrum, so he thought it would be fun to take the experiment a step further. That lead him to examine the Twitter followers of nearly 80 individual economists, hailing from organizations as diverse as universities, think tanks, banks and unions. Once again, he looked for overlaps with those who follow the Fraser Institute and CCPA. Tapp shared the data with Maclean’s, which we used to create this interactive chart of the inferred ideologies of Canadian economists who are on Twitter.
(You can also view the chart here.)

For best results on mobile, view chart in landscape mode.

To understand the vertical axis, here’s a personal example. According to Tapp, based on the make-up of my Twitter followers, I score 7.8 per cent  (0.078) right of centre. There is a 12.6 per cent overlap between my followers and those of the Fraser Institute, while there’s a smaller 4.8 per cent overlap on the CCPA side. So 12.6 minus 4.8 = 7.8 (0.078). Incidentally, that jives with where I expected to be.

The horizontal axis, meanwhile, is the economists’ ranking across the left-right spectrum.

Tapp says there are obvious caveats to this approach, which he spells out in detail in his post below. Any discussion about ideology is certain to be complex and sensitive. And he urges readers against using this information to judge or criticize the research of these economists.

Nevertheless, it’s an interesting and entertaining experiment that reveals the power of social media data.

Here is Tapp’s original analysis of think tank ideologies, from the Institute for Research on Public Policy blog:

What can a little birdie tell us about think tank ideology?

This simple measure of think tank ideology uses social media data from Twitter and the natural tendency for like-minded people to associate.

There are many think tanks in Canada. They have varied objectives, work on myriad public policy issues and have vastly different operating models, but in how they describe themselves to the general public, they largely sound the same.

Think tanks say that they’re independent and non-partisan; they say they’re not left-wing or right-wing, but that they’re evidence-based. However, the media often portrays think tanks not in a neutral way, but as purveyors of opposing ideological viewpoints. The usual right-versus-left convention might make for entertaining television — and by presenting “balanced” viewpoints media outlets can say that they too are unbiased — but it doesn’t necessarily generate better policy discussions.

Moreover, this pretense that no think tank has an “ideology” generates significant confusion and makes it hard for the public to know a given think tank’s underlying disposition. When TVO’s The Agenda with Steve Paikin had a show about think tanks in November 2014, the producers felt it necessary to provide a useful cheat sheet on the program’s blog (from Donald Abelson of Western University) to help viewers navigate these murky waters. A list classified several Canadian think tanks as “right,” “centre” and “left” on the ideological spectrum. They acknowledged that these categories were problematic and subjective, but they thought that such classifications were a useful road map for disoriented viewers, and that by posting this list they might start a conversation about how the general public views think tanks.

In this article, I contribute a simple measure of think tank ideology to the discussion. It uses social media data from Twitter and hinges on important assumptions about the ideological leanings of two particular think tanks and about the structure of social networks. Before getting to the results, let’s first review some key players (where I adopt a broad definition of think tanks that includes a few industry organizations and others that are not strictly “research” groups) and explain the basic approach.

These results are not meant to be exhaustive, or the final word on the subject; they are simply an effort to develop some preliminary data. My goal is to assign numbers to things that we can’t observe and that think tanks generally won’t tell us.

Figure 1, which ranks the top 25 think tanks in Canada based on their Twitter followers, identifies many of the highest-profile organizations that are active on the Twitter site (to see the full names of the organizations, see table 1). This figure simply reports each think tank’s number of followers, but I wondered whether these followers might reveal something about the think tanks themselves. Therefore, I chose two of the most visible, highly followed organizations — the Fraser Institute and the Canadian Centre for Policy Alternatives (CCPA) — as reference points. In the media, the Fraser Institute often represents the “right-of-centre” viewpoint and CCPA the “left-of-centre” viewpoint. So, for the sake of argument, I follow this convention. (My apologies; this will surely offend some people.)

If a think tank has more followers in common with Fraser than with CCPA, then I infer that it appeals more to “right-of-centre” followers and therefore label it as “right-of-centre.” Those whose followers overlap more closely with CCPA’s are inferred to be “left-of-centre.” This uses the concept of homophily, which is the natural tendency for like-minded people to associate and herd together and is often found in social network studies. For instance, consider recent research by Yosh Halberstam and Brian Knight, which used Twitter data to study the U.S. 2012 election. They estimated that of those Twitter accounts identified as being held by conservative voters, 80 per cent of the people they follow (“followees”) were also conservative; and among liberal voters, 67 percent of their followees were also liberal.

Assuming that this basic characteristic of networks applies to the social networks of Canadian public policy types allows me to make progress toward quantifying and attempting to uncover the messy construct of hidden think tank ideology. Of course, where my assumptions are wrong, the results will be unreliable.

Two examples illustrate my basic approach, which uses data from the amazing tool Followerwonk. First, of the 2,155 followers of the Macdonald-Laurier Institute (MLI), My measure of inferred ideology basically takes area A (as a share of the think tank’s total followers to represent its right-wing measure) and subtracts area B (as share of its overall followers for its left-wing measure). So 34 per cent minus six per cent results in a measure of roughly 28 per cent, which is the extent to which MLI can be labelled a “right-wing” think tank based on this approach.

When the (absolute values of) think tanks’ ideology scores are sorted along a left-right continuum, they can be seen as a “think tank smile” (figure 4). With this metric, we can group the think tanks into the conventional “left,” “centre” and “right” boxes. Those with the highest “left-wing” scores are the Caledon Institute, the Broadbent Institute, the Council of Canadians, Democracy Watch, the Parkland Institute, the Mowat Centre, Samara, the Ecofiscal Commission and Sustainable Prosperity.

Think tanks with the highest “right-wing” scores are the Manning Centre, the Frontier Centre for Public Policy, the Canadian Taxpayers Federation (CTF), the MLI, the C.D. Howe Institute (CDHI), the School of Public Policy at the University of Calgary, the Montreal Economic Institute (MEI), the Canada West Foundation and the Atlantic Institute for Market Studies.

Four additional results are worth highlighting. First, there are indeed many Canadian think tanks: these results include 44. Having such a crowded playing field may explain much of the general public’s confusion about which think tank fits in where ideologically.

Second, according to my ideology measure, Canadian think tanks seem to be about evenly split on the left-right continuum: there are 21 think tanks to the left of centre and 23 to the right.

Third, the smile isn’t exactly symmetric. In this sample, and with this measure, the average “right-wing” think tank appears to be a bit more “ideological” than the average “left-wing” think tank. That said, the difference is not that large and may simply reflect what Halberstam and Knight found in the US: that conservatives are actually more tightly connected on social media than liberals.

Fourth, my preliminary analysis did not suggest any systematic relationship between ideology and Twitter followers. In other words, it does not appear that more extreme ideologies on their own are associated with a larger Twitter following. More detailed results are shown in table 1. The left-centre-right classifications shown here match Abelson’s list remarkably closely and likely confirm what policy wonks already think. This list also gives a sense of magnitude to allow for finer relative rankings, which may also be useful for policy wonks and the general public alike.

That said, we should always be careful when reducing a complex issue to a single number along a single dimension. The concept of ideology is inevitably problematic. Moreover, think tank ideologies are not uniform within a given organization and they change over time. Finally, of course, readers should not use these results to prejudge, discredit or approve of research by any of these organizations without a thorough reading of that research. I emphasize that these simple results are preliminary and just a first step; much more work is needed to better understand these complex issues.

Stephen Tapp is a research director at the Institute for Research on Public Policy. Follow him on Twitter @stephen_tapp, or email him at: stapp@irpp.org. These views are his alone and not those of the Institute.