Some of our fastest-growing exports are in the overlooked services sector. That’s good for Canada’s job market. 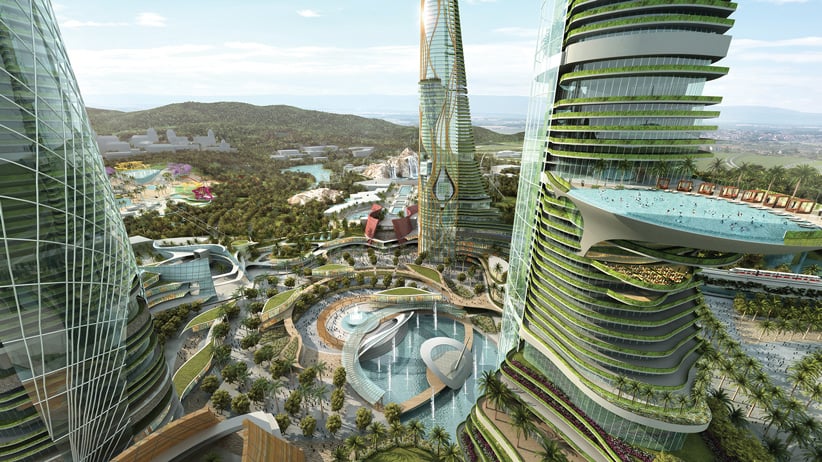 That most Canadians have never heard of Forrec is not surprising. The Toronto-based firm is privately held and does most of its business outside the country. Headquartered in a low-slung red-brick building in the city’s Liberty Village district, there are no bright, flashing lights to advertise its presence. But Forrec is a world leader in what it does, which is plan and design theme parks, and it’s behind some of the best-known parks on the planet.

But another reason Forrec tends to ﬂy below the radar is because of what it doesn’t do. It doesn’t make cars or computers and it doesn’t dig minerals or extract oil out of the ground, the kinds of things Canada is historically known for selling to the world. “We don’t actually measure many of these kinds of things in terms of exports,” says Danielle Goldfarb, associate director of the Conference Board of Canada’s Global Commerce Centre. Yet, she notes, the service sector now makes up an increasing share of Canadian exports, even as fortunes dim for the oil industry, for years a key driver of the economy.

As a small, open economy, we depend on trade with other countries for prosperity and the high standard of living for which Canada is known. Commodities and manufactured goods traditionally formed the foundation of our identity. Services are a different story. Even economists struggle to understand their role. As a result, they’ve remained mostly in the shadows. But, over the past decade, services have accounted for three of Canada’s fastest-growing exports: financial and insurance services, management services and IT services. More and more, it’s where economic growth will come from and where the jobs of the future will be.

In 2000, just 12 per cent of Canada’s exports were services, but, by 2013, the most recent period for which comparable statistics are available, the figure had increased to 15 per cent. The services label is applied to a wide swath of industries and businesses, from retail to engineering and banking, but it’s the high-end professional part of the spectrum that offers the biggest opportunity. “Not all services are alike,” says Goldfarb. “They don’t all have the same economic potential of the higher-value services,” such as engineering, architecture, banking and education.

The good news, she says, is that this area is where Canada happens to be “a world-beater.” Canada exports its financial-services model all over the world. Our big banks have operations globally, and emerged mostly unscathed from the financial crisis. The Royal Bank of Canada is now recognized as a global investment bank, on the same level as behemoths in Europe and on Wall Street. Insurers such as Manulife Financial and Sun Life Financial now boast operations across much of Asia, including China.

Then there are the kinds of services that are related to products we export, things like mining services, environmental services, water-management services, management consulting and IT services. “These are all things where Canada has international strength,” says Goldfarb.

Related: The services boom is a cure for the declining-oil blues

For its part, Forrec started out inauspiciously more than 50 years ago as a landscape-design firm, and arrived at its current business by “a circuitous route,” says executive vice-president Anthony van Dam. After a contract in the early 1980s for the plan and design of Canada’s Wonderland, an amusement park north of Toronto, the company saw an opportunity and built a niche for itself. Over the next several decades, it played key roles in the design and development of mega-parks, including a string of projects for Universal Studios and Legoland, the Shanghai Science and Technology museum, the Dollywood Mystery Mine in Tennessee, and Minnesota’s Mall of America. “We’ve had a hand in most Universal Studios projects since our first one in Orlando, Fla., opened in 1990,” says van Dam.

The company doesn’t disclose ﬁnancial details, but he says it has experienced consistently healthy growth. And while Forrec has had plenty of success in North America and Europe, it sees developing countries as its future. “We try to go to where the markets are, and places like China, parts of southeast Asia, Dubai, even South America and India, are still in the early stages of growth,” says van Dam. “In China, especially, you have this emerging middle class, so it’s ripe for this industry.”

It should come as no surprise that Canadian engineering firms have emerged as sought-after players, not just in natural resources industries where many got their start. They’ve also carved out reputations designing everything from hydro dams and hospitals to freeways, airports and sports stadiums, the kind of big infrastructure that fast-growing countries such as China and India want to build at warp speed. Not that long ago, the provision of sophisticated professional services was limited by communication and culture. Service providers needed employees on the ground, where projects were being built, adding considerably to the expense. But many of those barriers have come down, and that’s been one of the biggest factors in the rise of the global services trade.

Related: Is the giddy spirit around investing in the BRIC countries fading?

One of Canada’s most international engineering firms is Edmonton-based Stantec. The company now employs 15,000 people, triple the number from a decade ago, in its operations worldwide. Launched in 1954, the company started off by supplying engineering services to Alberta’s oil and gas industry, but, in the wake of a particularly severe downturn in the early 1980s, management made the decision to diversify into other sectors and countries, and it’s been growing steadily ever since. Nearly half of Stantec’s revenues are now generated outside Canada, with the lion’s share of that coming from the U.S., where a resurgent economy and rising demand for infrastructure such as municipal transit is expected to drive growth. In Asia and the Middle East, Stantec is eyeing what it believes is a significant opportunity created by soaring economic growth and an emerging middle class. Many developing countries are building, for the first time, everything from road systems and power grids to airports, and Stantec is betting it can show them how. For the past three years, revenue and net profit have risen at double-digit rates and the company expects continued strong performance.

Yet, despite the impressive track record, the company rarely shows up in the media. Even more surprising, Stantec’s business model would have been extremely difficult to implement just 20 years ago. The Internet was only just becoming widely available. “We didn’t have the ability to communicate the data,” says Goldfarb. “Now, we’re much more able to sell services in global markets; we can co-ordinate activities more easily, we can communicate more quickly.” 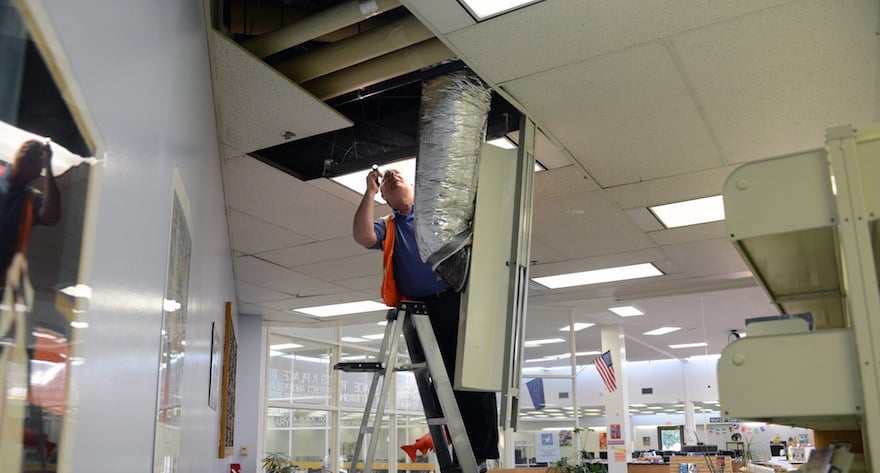 While services officially make up 15 per cent of Canada’s exports, Goldfarb argues that number significantly underestimates the real impact when the service component of traditional goods is included—things such as transportation and sales. And it doesn’t end with delivery; after-sales service can be fundamental to customer satisfaction. Once those factors are taken into consideration, she says, the services proportion of Canada’s exports jumps to a whopping 40 per cent.

Sandvine is a good example. The company based in Waterloo, Ont., specializes in network communications, including software, hardware and all the services necessary for its worldwide customers to best use their products. The company’s expertise extends across the broadband networking space, and its products allow clients to run cost-effective and -efficient broadband systems. If customers like its products, that’s partly because of Sandvine’s services, including educating them on how to use their products and more sophisticated intelligence allowing customers to better understand traffic on their systems. Last year, Sandvine boasted revenues of $123 million, of which slightly more than one-third was from services such as training and support. The global market is a tough place to survive, but Sandvine has built itself a firm base. It’s achieved success through constant innovation and by bolstering its relationship with its customer base, largely through the delivery of services.

Canada’s traditional export industries, manufacturing and energy, will eventually emerge from the doldrums, but the rise of services is bringing needed diversity to Canada’s economy and job market. It’s a trend you can expect to hear a lot more of in the years to come.