The three questions that matter most for the Canadian economy

Three of Canada’s top economists share their thoughts on where oil prices, the jobless rate and house prices will be at the end of 2015 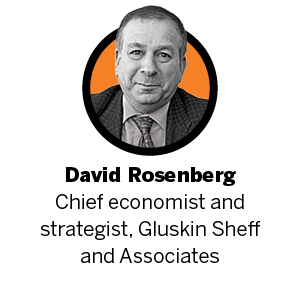 Oil: By year-end 2015, I expect the WTI price of oil (now $74) will be approximately $80-$85, based on an improved global demand outlook and modest production cutbacks from both OPEC and non-OPEC producers around the world. There is a significant portion of global oil production that is not economic or “fiscally viable” below $80 per barrel and this will result in production cutbacks after oil remains below $80 for a couple of quarters.

Housing: I see home prices nationwide being flat. The good news is housing inventory, in terms of supply and demand, is in good shape and mortgage rates are likely to stay low for a prolonged period. But home prices relative to apartments are too far into the stratosphere, and residential real estate values, benchmarked against virtually any economic metric, are far too high relative to historical norms to believe there can be much upside to prices. The condo market in many areas is overbuilt and faces a long period of price softness; the single-family sector is in better shape.

Employment: I expect the unemployment rate to drop from 6.5 per cent to six per cent by the end of next year. While there will be downsizing to the energy patch, and the frothy housing market is unlikely to be a job contributor, with the lagged impact of the Canadian dollar’s depreciation, the fiscal stimulus at the federal level and the U.S. economy in acceleration mode, goods-producing employment will be a big source of support. I expect exporters to benefit from a bottoming out in China’s growth and a mild turnaround in Europe as the ECB becomes more aggressive in its easing stance. 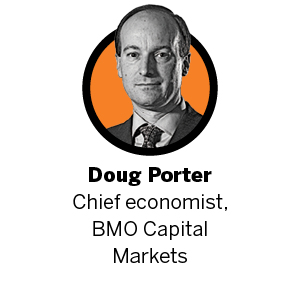 Oil: Some of the steep decline we’ve seen in recent months is overdone, and I do suspect prices will climb through 2015. I don’t think we’ll be back at the triple-digit mark, but it’ll be in the low to mid-$80s. So we’ll see some recovery—though, having said that, it could go lower in the meantime. I believe the global economy will improve over the next year, led by the U.S., and I think there will be some restraint on the supply side, whether it’s from OPEC or from a slowdown in production in North America.

Housing: Boy, it’s tough to bet against Canada’s housing market. The surprises have been completely on one side for five years. I do think prices will be higher a year from now. They won’t rise as quickly as in 2014; we’ll see a bit of cooling off next year. But economists, pundits and media have been spectacularly wrong on the housing market. As long as borrowing costs remain so exceptionally low, and employment growth keeps churning ahead, it would be tough to see a serious near-term correction. That’s not to say the market will never feel some pain, but the near-term outlook appears reasonable at this point.

Employment: We think there’s going to be a little bit of further improvement. Through much of 2013 and 2014 the jobless rate was seemingly locked at about seven per cent. It’s become unstuck in recent months. We see it in the low six per cent range. Usually the unemployment rate goes down an escalator and up an elevator. As the economy grows, the jobless rate tends to drift down, and as soon as the cycle turns we see it shoot up very promptly. We do believe the economy will grow a little bit better than average over the next year, and in that kind of world you tend to see the jobless rate come down. 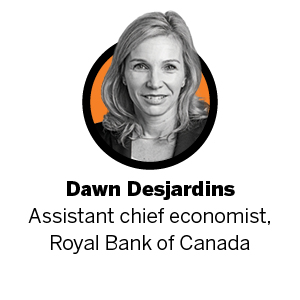 Oil: We expect oil prices (WTI) will be around $75 at the end of 2015, supported by a gradual recovery in global demand and the likely paring back of supply.

Housing: We expect higher house prices at the end of 2015, although the pace of increase will likely be the smallest since 2009. Affordability in most markets shows modest signs of stress. The outliers are Toronto, Vancouver and to a lesser extent Calgary. Low interest rates and modest increases in income have offset the impact of rising prices in most cities. In 2015, expected increases in mortgage rates will challenge affordability. That said, with the Bank of Canada likely to only slowly raise the policy rate, and income growth expected to accelerate, we are looking for a cooling in housing sales, not a collapse.

Employment: The unemployment rate dipped to 6.5 per cent in October. We expect it will hold at or slightly below this level, historically considered to be the economy’s full employment rate. A broader measure of labour market conditions that includes those working part-time for economic reasons, the duration of unemployment and unemployment benefits shows a labour market gap still exists—however, it’s closing. Employment gains in 2015, even if matched by an increase in the labour force thereby limiting the decline in the unemployment rate, will eliminate the residual slack.